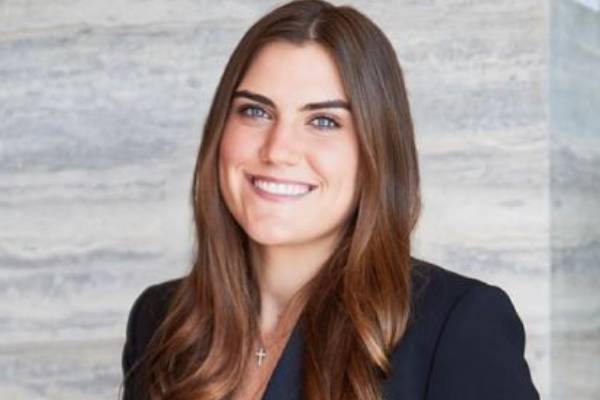 Mario Lemieux is a renowned name in National Hockey League (NHL) history. He is the former ice hockey player who spent his whole NHL career, i.e., 17 seasons with the Pittsburgh Penguins. Since being drafted 1st overall by the team in the 1984 NHL Entry Draft, he led the Penguins to win a number of championships.

Mario’s marital life is also no less than a success. He has been married for several years now and is the doting father of four children, three daughters, and a son. In this article, let’s learn in detail about Mario Lemieux’s daughter Alexa Lemieux and what she is doing these days.

The Youngest Of All Children

The former ice hockey player Mario Lemieux is happily married to Nathalie Asselin. Alexa’s parents walked down the aisle on June 26, 1993, and since then they have been together. Their marriage is still going strong, and in all these years of togetherness, the married couple welcomed four children.

Among his four kids, Mario Lemieux’s daughter Alexa Lemieux is the youngest whom he and his wife welcomed in 1997. She has two elder sisters and an older brother. Alexa’s eldest sister, Lauren Lemieux, was born in April 1993.

Then, two years later, her second older sister Stephanie Lemieux was born. Austin Nicholas Lemieux is the only brother of Alexa, whom her parents had welcomed on March 24, 1996.

Alexa Lemeiux’s brother was born three months premature, and he had to spend 71 days in the NICU (Neonatal Intensive Care Unit) of the hospital. He has now grown up and followed in their father’s footsteps.

Furthermore, as the youngest member of the family, Alexa must be pampered really well by her elder siblings and parents. She grew up having a wonderful time with them in the affluent Pittsburgh suburb of Sewickley.

We all are familiar with the fact that Alexa Lemieux’s dad Mario has gained immense fame and success in the hockey world. He is regarded as one of the greatest hockey players of all time. While her father is a well-known hockey player, Alexa has been doing great in a different sector.

Mario Lemieux’s baby girl, Alexa, attended the University of Southern California in 2015. In December 2019, she graduated with a degree in Real Estate Development. While still at the university, she interned during the summer at SL Green Realty Corp.

Then, in May 2019, she joined Pittsburgh Penguins as an intern and worked until August 2019. In May 2021, Alexa began working as a real estate agent at The Beverly Hills Estates.

Alexa must be earning a considerable amount from her work. Let’s hope we get to see her establish herself as one of the renowned real estate brokers.

Lauren Is Also An Actress

Apart from being a real estate agent, Mario Lemieux’s daughter is also an actress. Growing up, she was surrounded by hockey her entire life as she was the daughter of a hockey player.

In 2019, Alexa made her acting debut in the hockey movie Odd Man Rush. It is based on a book written by Bill Keenan titled Odd Man Rush: A Harvard Kid’s Hockey Odyssey from Central Park to Somewhere in Sweden – with Stops Along the Way.

While talking about the movie, Alexa revealed that it was really special for her debut movie to be a hockey film, and she felt really comfortable. She plays the role of Annabel, a Harvard student and a friend of the main character, Bobby Sanders.

Alexa revealed that she had wanted to act since she was a little girl, and she even took acting classes while attending USC. Moreover, since the age of 13, she had an acting coach. Interestingly, her co-star in the movie is Trevor Gretzky, son of hockey player Wayne Gretzky.

Alexa and Trevor’s fathers are the most celebrated players and the NHL’s biggest rivals. Three decades later, the name Lemieux and Gretzky again came to the spotlight after Alexa and Trevor starred in the same movie. Nevertheless, let’s hope Alexa becomes a successful actress in the future.

Has Kept Her Personal Life Private

Alexa Lemieux came into the limelight as Mario Lemieux’s daughter. However, even after being in the media attention, she has successfully kept her personal life private. As a result, information about Alexa Lemieux’s boyfriend is unknown.

Moreover, Alexa has kept her social media private. Nonetheless, she must be in sound health and doing great in her life. Let’s hope we get to learn more about her in the coming days.

The name Alexa has an English origin, and it means Defender of The People.