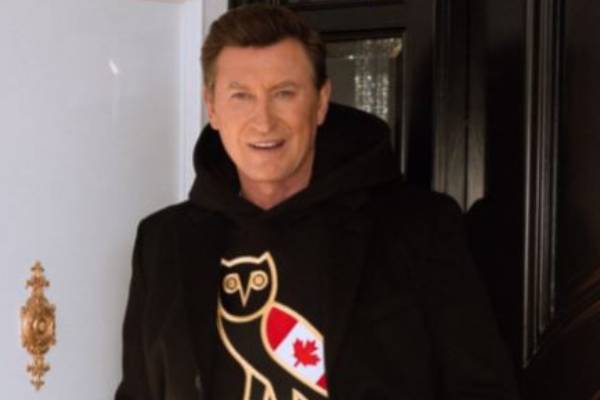 Wayne Douglas Gretzky, aka Wayne Gretzky, is a popular and one of the most successful hockey players from Canada. Globally recognized as “the Great One,” Gretzky has been called the greatest hockey player ever. The former hockey player has won a number of matches and has accumulated numerous awards and accolades.

Because of his popularity, many of his fans have always shown interest in knowing the personal life of the player. Apart from that, they also want to know how much has the hockey player amassed to his name and what are his earning sources. Thus, in this article, let’s know in detail about Wayne Gretzky’s net worth and earning details.

Wayne Gretzky Net Worth And Earnings

The hockey legend spent over two decades playing the sport professionally. In all those years of his successful career, he led his teams to win several championships, and he himself accumulated numerous awards and accolades. Therefore, there’s no doubt that the player has also earned significantly.

According to Celebrity Net Worth, Wayne Gretzky’s net worth is estimated to be $250 million. Similarly, The Richest has reported that the player’s fortune is $200 million. Well, whatever might be the amount, he has earned millions to his name.

Earnings From Salary As A Hockey Player

The hockey player skated on ice for the first time when he was two years and ten months old. His dad used to teach hockey to him and his siblings, Keith Gretzky, Brent Gretzky, Glen Gretzky, and other friends in the backyard of the family home. Since the early years, he had astonishing records.

Gretzky’s professional career began in 1978 after he signed a seven-year personal services contract worth $1.75 million with the Indianapolis Racers in the World Hockey Association. Although he wanted to join NHL, he could not, as the league did not allow the signing of players who were under the age of 20. He briefly played for the Racers and was eventually traded off to the Edmonton Oilers.

In 1979, WHA folded, and the Edmonton Oilers and three other teams joined the NHL. He played for the Oilers until 1988 and was traded to the Los Angeles Kings. He played with the Kings until 1996 and joined St. Louis Blues but played for only one season.

Apart from the hefty amount as salaries from these teams, Gretzky has also won numerous championships. Therefore, he might have also pocketed a considerable sum as a bonus. Because of the amount he received yearly, Wayne Gretzky’s net worth considerably increased over the years.

However, there are discrepancies regarding his contracts. According to The Hockey Writers, in 1996, he had signed a two-year deal worth $8 million, plus incentives, with the Rangers. Nevertheless, he earned significantly over the years, which increased Wayne’s net worth.

In 1999, the hockey player retired after playing for more than two decades. He then began earning through the investment in the ownership of sports teams. In August 1999, the Open Ice Summit named him its honorary chairman to discuss ways to provide Canadian ice hockey.

In May 2000, Wayne bought a 10% stake in the Phoenix Coyotes, making him a part-owner of the team in partnership with majority owner Steven Ellman. Furthermore, in October 2005, he made his coaching debut as the head coach of the Coyotes. Similarly, in May 2006, Wayne signed a five-year contract with the Coyotes to remain as their head coach. In September 2009, he stepped down from the position.

Furthermore, Gretzky became the executive director of the Canadian National Men’s Hockey Team for the 2002 and the 2006 Winter Olympics. Similarly, for the 2010 Winter Olympics, he served as an ambassador to Vancouver’s successful bid.

In 2016, Wayne began serving as the vice-chairman and partner of Oilers Entertainment Group.

In May 2021, he announced that he would step down from his role with the team, stating he won’t be able to find the time and effort needed to support the organization due to the COVID-19 pandemic and other life changes.

Even after his playing career stopped, Wayne earned a considerable amount from the aforementioned ventures.

Also Read: Learn How Much Lauren Holly’s Net Worth Is

Similarly, he was a minority owner along with John Candy when Bruce McNall purchased the Toronto Argonauts of the Canadian Football League. They eventually sold the team in 1994.

Wayne again partnered with McNall to buy a rare Honus Wagner T206 cigarette card for $451,000 and sold it too. In addition, he makes a good income from the partnership in sports equipment manufacturers like First Team Sports and Worldwide Roller Hockey, Inc.

In 2017, Wayne opened a winery and distillery, Wayne Gretzky Estates in Niagara-on-the-Lake, Ontario, with a partnership with Andrew Peller Ltd. He also owns different restaurants like Studio 99 at Rogers Place in Edmonton, Canada, and No. 99 Gretzky’s Wine & Whiskey in Edmonton International Airport, which were opened in 2018 and 2016, respectively.

Wayne must be earning significantly from these business ventures that he has been involved in. As a result, Wayne Gretzky’s net worth increased significantly. Thus, looking at his income sources, his fortune of $250 million seems plausible. Furthermore, as he is still engaged in his works, there’s no doubt that he will earn more in the future, which will increase his fortune.

As mentioned earlier, Wayne Gretzky’s net worth is estimated to be $250 million. With a fortune worth multi-million dollars, there’s no doubt that he can easily afford a luxurious lifestyle. He lives a comfortable life with his kids and wife.

Moreover, Wayne has spent his hard-earned money on real estate investments and purchasing different cars. In the late 1980s, the player moved over to the LA Kings, and he bought a large property in the exclusive Beverly Hills gated community of Beverly Park.

A few years later, Wayne sold the house to a billionaire named Eric Smidt. However, the purchase amount and selling price of the house has not been revealed yet. But Smidt had purchased the vacant lot next door for $3 million, and he sold the combined estate in 2013 for $40 million.

Moreover, Wayne must have a collection of branded cars. Nevertheless, let’s hope Wayne Gretzky’s fortune increases in the future so that he continues to live a comfortable life.