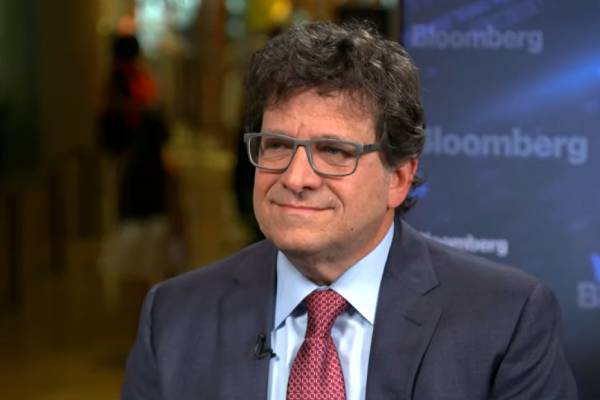 The American businessman Mark Attanasio is one of the richest MLB owners. Image Source: Social Media.

Mark L. Attanasio, shortly, Mark Attanasio is an excellent businessman and investment manager. That means he does money business and makes more money.

In addition, he has been the owner of a baseball team, the Milwaukee Brewers, since 2005. So, today’s article is about Mark Attanasio’s net worth and earning source. Follow us to the end if you want to know how the sports team owner got enough money to actually buy a baseball team.

Mark Attanasio Net Worth And Income

With his career stretching over three decades as an investment management executive, the businessman has undoubtedly pocketed a hefty sum of fortune. As reported by Celebrity Net Worth, Mark Attanasio’s net worth is $700 million.

The Brewers owner’s primary source of income comes from his business firm, baseball team, and other investments. Not only that, but he has many other ventures which guarantee him notable earnings. Therefore, let’s further learn about the millionaire’s income sources and earnings.

Earnings As A Founder Of Various Groups

Mark Attanasio was born in September 1957 in The Bronx, New York City. He graduated from Brown University with a bachelor’s degree in arts in 1979. In addition to that, he also earned his Juris Doctor degree from Columbia Law School in 1982.

Following his graduation, the successful businessman co-founded the firm Crescent Capital Group in 1991. It is a global alternative investment firm. Moreover, the group has $38 billion in assets under management as of June 2022.

In 2005, the investment management executive joined the broad directors at Global Crossing, a telecommunication firm. Later the firm filed for bankruptcy. Shortly after that, Mark also resigned from his position.

Furthermore, the New York native is also the senior executive with the money management firm Trust Company of the West. As of late 2021, the company had $264 billion of assets under management.

Considering all the positions Mark holds, we can guess how he has been able to amass such huge riches.

Earnings From A Sports Team

Additionally, in September 2004, Mark purchased Milwaukee Brewers on behalf of an investment group for $200 million. The team was previously owned by the family of Major League Baseball commissioner, Bud Selig. Furthermore, Brewers are worth $1.28 billion as of March 2022, according to Forbes.

According to a quick search, Mark Attanasio is worth $700M, which was good for 8th richest owner in 2020. And he owns a team worth $1.2B. There’s no such thing as a small market team, only cheap owners that pretend they can’t spend. Stop whining and be made at your owner. https://t.co/tKTV8GOIhW

Besides, the deal was approved at the owners’ winter meeting by MLB on 13 January 2005. Considering the baseball club’s value of multi-billion dollars, one can expect Attanasio must get his fair share.

Apart from being involved in the baseball team and investment management group, Mark has one other lucrative earning venture. Along with Gord Ash and Ben Sheets, he is a part-owner of Milwaukee Admirals of the American Hockey League.

Moreover, Gord is an assistant general manager of the Brewers. On the other hand, Ben is a former pitcher. On top of that, the senior executive sponsored the widely acclaimed Andy Warhol exhibition at the Milwaukee Art Museum.

With all that being said, Mark Attanasio’s net worth of $700 million is no surprise.

Mark Attanasio is considered one of the richest baseball team owners. With riches like that, he surely is able to afford a lavish lifestyle. He lives a very comfortable life with his spouse and children.

Nevertheless, Mark Attanasio is one of the wealthiest people who enjoys a lavish life with his family.