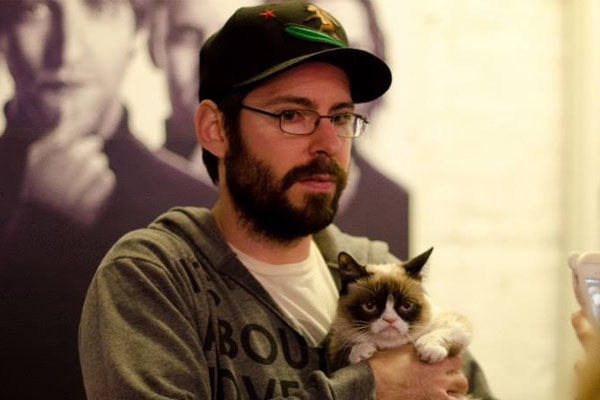 Martin Starr's primary source of income is his career as an actor and comedian. Image Source: Social Media.

Martin Starr is a famed American actor and a comedian who portrayed the role of Roman DeBeers in the series Party Down and many other notorious movies. His fame is rising along with his increasing involvement in big acting projects. Starr’s active role in the field of the American film industry has not just blessed him with fame and name but with a hefty sum of money as well.

Celebrity Net Worth notes that Martin Starr’s net worth is estimated to be $6 million. However, with his increasing involvement in big acting projects, his net value is also rising simultaneously. Here, please find out how much he earns from his career as an actor and other different sources.

Martin Starr Net Worth And Earnings

Aforementioned, Martin Starr’s net worth is estimated to be over $6 million at the moment. Influenced by his mother, Jean St. James, the Santa Monica, California-born actor, Martin decided on an early career in acting. So, he joined Los Angeles County High School for the Arts. Ever since then, Martin Starr is actively contributing to the entertainment industry as an actor and comedian, winning the hearts of millions of people worldwide and adding a comfortable sum to his total assets.

Here, know how much money Martin Starr received for his role in various films, TV series, and web series.

Earnings From His Career In The Film Industry

Martin Starr’s first notable work was in the NBC sitcom Freaks and Geeks, in which he portrayed the role of Bill Haverchuck. The series starring Martin received lots of positive reviews from critics. Sadly, it experienced hardships to get high ratings. As a result, the series was canceled after only one season. Though it aired for a short period only, it’s speculated that Starr might have got an impressive salary for his role.

After Martin Starr gained impressive fan-following from his first acting project, the executive producer of Freaks and Geeks, Judd Apatow, continued casting him in several other movies and series. He even guests starred and acted for a short time in numerous films such as Ed, Mysterious Ways, Providence, and Normal, Ohio.

Some of the other acting projects of Martin Starr after the cancellation of Freaks and Geeks are as follows.

Furthermore, Martin Starr also performed the role of a teacher, Roger Harrington, in the 2019 blockbuster movie Spiderman: Far From Home. The Box Office Mojo suggests that the movie earned a total of $1.13 billion from its worldwide release. So, Martin Starr might have received an impressive amount of money for his role in the film.

Further speaking about the earnings of Martin Starr from his career as an actor, he earned a good sum of money from the web series ‘Dating Rules from My Future Self.’ He played the character Vincent, in the 2012 web series for four episodes drawing in some dollars as his salary.

Besides, Martin Starr’s net worth credit goes to his earnings from his appearance in several commercials as well. In 2020, the Shift TV commercial ‘Great Used Cars’ featured Martin Starr.

The multi-million-dollar net worth of Martin Starr is giving him a high-profile lifestyle which he achieved from his hard work in the American film industry. He drives luxurious cars, often goes for expensive foreign vacations, and lives in a lavish home in Santa Monica.

Drove this beast for a few weeks! Perhaps you saw me? The guy with a smile bigger than his car? Me! That was me! Car gone but smile remains pic.twitter.com/A5hVQKgrYV

The versatile actor Martin Starr is active on social media handles. Starr has over 120K followers on Instagram and over 101K followers on his Twitter page. However, Starr rarely shares his personal details and other information about his life outside of the entertainment industry. Therefore, what he does for his living besides acting is still a secret to the public.

Nevertheless, Martin Starr’s net worth is rising impressively with his continuous involvement in the film industry. We hope to know more about his business ventures and earnings in the upcoming days.