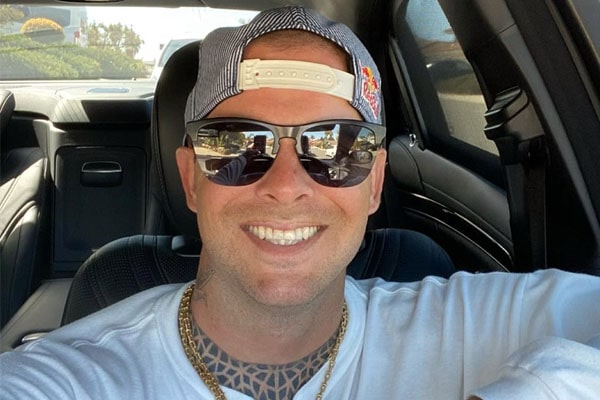 The American athlete Ryan Sheckler‘s name is correspondent with skateboarding. You might know him for being the youngest-ever X Games Gold Medalist in 2013 or for launching his own reality TV series ‘Life of Ryan‘ on MTV at the tender age of seventeen. If not, then you probably might know Sheckler from his numerous game-changing videos from several top skateboard brands.

Apart from bringing life to skateboard with his screaming stunts, skill, and splashes, the pro-skateboarder Ryan Sheckler is earning millions of dollars from his skateboarding career. Moreover, his involvement in various other business ventures has aided him in drawing more money to his bank account.

According to various sources, Ryan Sheckler’s net worth is in multi-millions of dollars. So, how did Sheckler manage to amass such a big amount to his net value? Find it out here.

Ryan Sheckler’s Net Worth And Earnings

As mentioned above, the talented skater is a multi-millionaire. Celebrity Net Worth suggests Ryan’s fortune to be $12 million, whereas sites like Wealthy Genius suggest the skater to have a $20 million fortune. Nevertheless, one thing is for sure that the skater has amassed a huge fortune from his career.

Ryan Sheckler became acquainted with skateboarding at the age of two years when he stumbled upon his dad’s old skateboard. He took the skateboard everywhere he went for the next couple of years. At age six, he had already learned to kickflip. Ever since then, Sheckler began to show improvements in his skateboarding skills, and now, as everyone knows, he is one of the most-celebrated skateboarders around the globe.

Along with skateboarding, Ryan Sheckler started finding success in other various fields as well, including the American entertainment industry, videography, and many more. So, how much is his earning from all of them? Know all of Ryan Sheckler’s earnings here.

Ryan Sheckler turned pro at the age of thirteen in 2003. Immediately, he put an end to any unsureness of his ability with first-place finishes at the Gravity Games, Vans Triple Crown, the X Games, and Slam City Jam. Along with earning a Guinness World Record as the youngest participant ever to win a gold medal at the X Games, Sheckler bagged several thousand dollars after his success in the Skateboard Park event.

Furthermore, in 2005, Sheckler successfully defended the title of National Street Champion and affixed World Street Champion to his list of accomplishments. The same year he took the overall title in Skateboard Park at Dew Action Sports Tour and also earned the ‘Athlete of the Year’ title. For his wins, Sheckler received some amount from the organizers, which added up to his increasing bank balance.

Furthermore, in later days also, Ryan Sheckler competed in numerous skateboarding contests and grabbed the first position on most of them. He won his career’s second X Games gold medal in 2008, followed up by his third one in 2010. Ever since then, Sheckler has collected two more silver medals and one bronze at X Games. Moreover, he even placed himself first at the Dew Tour in 2012, 2013, and 2016.

According to The Boardr, Ryan Sheckler earned $40K from the total of $1.74 million prize purse participating in major skateboarding event contests in 2015. On top of that, he might have earned several dollars participating in other competitions as well.

Earnings From His Appearance In Films, TV Series, And Music Videos

Being a professional skateboarder, many production and video game developer companies choose Ryan Sheckler for their content. So, to date, Sheckler has appeared in numerous films, TV Series, video games, and a couple of music videos.

Sheckler debuted as a reality TV star from his own reality TV Series ‘Life of Ryan.’ It premiered on MTV in August 2007. However, it concluded after three seasons in 2009, with only half of the planned episodes completed in the final season. According to Sheckler, his reality TV series affected his skateboarding career. So, he quit it. Though Sheckler stopped the series, he might have received a good sum of money for his role.

Besides, Ryan has also starred in the short-format video series Sheckler Sessions on Red Bull TV for four seasons. Moreover, other TV series in which he has appeared include What’s New Scooby-Doo? Dishdogz, Spy School, and many more.

Similarly, Ryan Sheckler’s acting credit goes to blockbuster movies like MVP 2: Most Vertical Primate, Grind, Street Dreams, and Tooth Fairy. The 2009 movie “Street Dreams” garnered $122,575 worldwide after its release. So, Sheckler might have been well-paid for his role as Eric Jones in the movie.

Furthermore, Ryan Sheckler, along with another skateboarder, Chelsea Castro, featured in a lyric video for ‘What Do You Mean?‘ by Justin Bieber. Moreover, Sheckler is also the playable character in Neversoft’s video game Tony Hawk‘s series, Tony Hawk’s Underground 2, Tony Hawk’s American Wasteland, and Tony Hawk’s Proving Ground. He receives a certain amount for his contribution to the game as well.

Earnings From Endorsement And Sponsorship Deals

Some of the earnings of Ryan Sheckler are from his endorsements and sponsorship deals. His first sponsors were Oakley, Inc. and Etnies Skate Shoe Company. He was just seven years old when those companies sponsored him and his brother, Shane Sheckler. The Etnies Company gave the Sheckler brothers their first pair of Etnies shoes at that time.

Income From Partnerships With Several Companies

Ryan Sheckler’s net worth’s credit also goes to his partnership with various companies. He partnered with the CEO of the Art of Sports company, Matthias Metternich, in 2020 to be involved with other athletes in some sort of product that all athletes believe in. For him, Art of Sports is a great opportunity to listen to other athletes’ needs for a skincare product and then facilitate that need.

Similarly, Sheckler is also the owner of the Sandlot times, a training facility in San Clemente, California. Several trainers, including his brother, Shane, offer group lessons at his training center. Moreover, people can buy clothing apparels of different designs and colors at Sandlot Times and its online shop.

Some of the apparels you can shop at Sandlot Times, along with their prices, are as follows.

Moreover, Ryan Sheckler also had launched a clothing line named ‘RS’ in 2009. However, the brand collapsed in 2013. Though Sheckler has not opened up about his first clothing line, it seems like he merged it with any other company.

Multi-millionaire skateboarder Ryan Sheckler is not just passionate about skateboarding and tattoos. He shows interest in philanthropic works as well. So, to assist children and injured and recovering athletes, Sheckler founded The Sheckler Foundation in 2008.

In 2008, Ryan Sheckler purchased a 4,500 sq. ft home in his birthplace, San Clemente, for $1.7 million. The two-story Mediterranean-style house features four bedrooms, three fireplaces, and five bathrooms. Moreover, it is equipped with a complete-house surround sound, a gym, and a custom theatre with a 103-inch television. But, Sheckler sold it for $1.55 million in 2015.

After selling his first house, Sheckler bought another house for $2.5 million, near the beach in San Clemente. Across a 3,000 sq. ft area, the Tuscan-style house consists of four bedrooms and four bathrooms. Also, Ryan Sheckler’s home’s outside features a fireplace, a spacious patio, a spa, and two built-in barbecues.

Furthermore, when not busy with skateboarding and philanthropic deeds, Ryan Sheckler loves to travel around on his luxurious cars. His favorite one is his black Ford F-150 Raptor which costs $64,145 as of 2021.

Nevertheless, Ryan Sheckler’s net worth of over $12 million is giving him a life he deserves, full of luxuries. We hope to see him achieving more in his life and also giving a lot to the needy along with it.