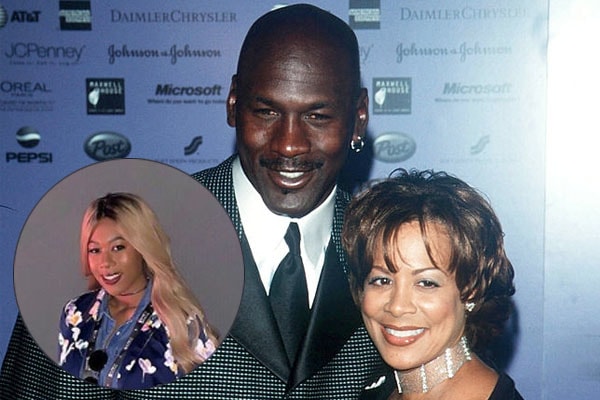 Born as Michael Jeffrey Jordan and professionally known as Michael Jordan or MJ is an American former professional basketball player and businessman. The 58-years-old, Michael Jordan is the greatest basketball player of all time in the history of the NBA. Moreover, Jordan became the top personality to introduce the NBA all around the world during the 1980s and 1990s. With more than 15 years of playing career and winning six NBA championships with the Chicago Bulls, Michael has dominated basketball during his playing career.

Apart from being one of the greatest basketball players, Michael Jordan is also a businessman. Likewise, he is also an owner and chairman of the Charlotte Hornets of the NBA and 23XI Racing in the NASCAR Cup Series. The legendary Chicago Bull champion, Michael Jordan also likes going to the casino. The basketball icon has done everything from poker to betting. With the involvement of huge celebrities like Michael Jordan in the casino, the big online bookmakers, including 888sports, are rapidly increasing.

The legendary basketball player has accumulated a hefty sum of money in his career. So, let’s find out about Michael Jordan’s net worth and his earning details.

Michael Jordan Net Worth and Earnings

According to the latest reports from Forbes, Michael Jordan’s net worth is estimated to be at $1.6 billion. With his successful basketball career and business, the Chicago Bull player, Michael Jordan has undoubtedly made a gigantic wealth in his fortune. In 2020, Jordan has amassed $2.1 billion making him the richest athlete on the planet. However, his net worth has dropped massively by $500 million according to the latest Forbes reports.

With a fresh start in his collegiate career, Jordan became ACC Freshman of the years. Moreover, he made the game-winning jump shot in the 1982 NCAA Championship against Georgetown. With his impressive performance, Jordan won both Naismith and the Wooden College Player of the Year awards in 1984.

Jordan entered the 1984 NBA Draft and became the third overall picked player by the Chicago Bulls. During his rookie career, Jordan made 28.2 average points and helped the team to win games. Similarly, he became the first athlete to earn over $30 million per season in salary. Likewise, he earned a base salary of $33.14 million. Thus, Jordan has made a career earning of $93.7 million in his entire career.

Although the greatest NBA player has only managed to earn $93 million from his NBA career, Jordan earns utmost wealth from his endorsement deals. The legendary basketball player earns more than $100 million per year from endorsement and other various business ventures.

Jordan made history by uplifting his net worth to 2.2 billion in 2020 and becoming the richest athlete in the world. However, the latest report from Forbes made a huge $500 million loss in his fortune. Jordan also owns the NBA team, The Hornets which generates $240 million in revenue from fans. Due to COVID-19, it has not been able to generate money and losing a big chunk of money.

Over a decade, MJ has earned more than 1.7 billion from brands like Nike, Coco-Cola, Hanes, Gatorade, Chevrolet, and many more. Among these, Nike has always been Jordan’s biggest source of income. The Jordan brand shoe has made $4.5 billion in revenue last year and MJ has reportedly earned $130 million from Nike. Apart from this, MJ has signed an endorsement deal with Nike in 1984. Since then, the sports brand has paid him more than $1.3 billion up to date.

The Chicago Bull legendary basketball player, Michael Jordan is also a philanthropist. Moreover, he is involved in a major charitable organization. Jordan has also pledged to pay arena workers during the COVID-19 pandemic. Most recently, he has helped out hurricane relief efforts in both the Bahamas and Carolinas.

Jordan has also invested in multiple business ventures. Apart from his major investment in the Jordan Brand and Hornets, he has also joined the other investor group that bought MLB’s Miami Marlins. Moreover, he also earns car dealerships. Similarly, the basketball player is also fond of casinos and poker. He mostly goes to casinos in Atlantic City, where he spends his extra time either making or losing money.