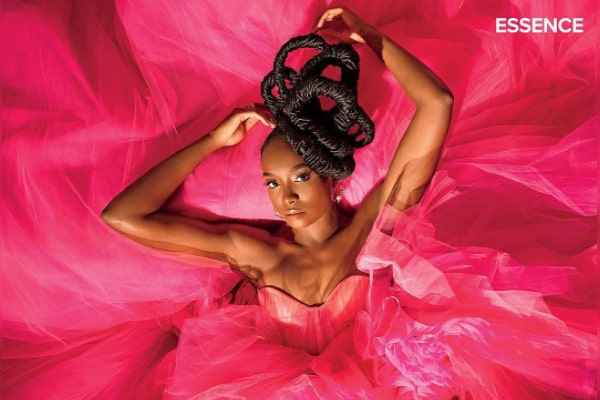 Kiandra Layne, better known as KiKi Layne, is an American actress known for her roles in If Beale Street Could Talk, Chicago Med, Native Son, and The Old Guard.

The 29-year-old garnered mainstream attention after winning the 2019 WFCC Award for Best Screen Couple with Stephan James for their work in If Beale Street Could Talk. An active actress since 2015, people always wonder who KiKi Layne’s boyfriend is?

The BFA graduate from DePaul University has been linked with many names in her past, but none has made an impact as much as Michael B. Jordan.

Below, let’s dig up KiKi Layne’s boyfriend and relationship history to get a glimpse of her love life.

Linked With The Creed Actor

Michael B. Jordan has transitioned into becoming this generation’s action star, similar to the Fast & Furious actor Vin Diesel and Jumanji actor Dwayne “The Rock” Johnson.

The 34-year-old has starred in Tom Clancy’s Without Remorse, Black Panther, Creed, and Fantastic Four, to name a few. In 2019, the actor was rumored to be KiKi Layne’s boyfriend as they were seen spending a romantic night at the Sundance festival.

Posted by Michael B Jordan on Tuesday, 17 November 2020

According to various sources, the Creed actor stayed with KiKi throughout the night, talking and laughing together. They were also seen kissing each other and sitting close by each other.

Their romantic night was also accompanied by dinner and some fine wine. Despite all this, their relationship never materialized, and the media stated it as an encounter.

The People’s sexiest man alive is rumored to have dated celebrities like Iggy Azalea, Snoh Aalegra, Catherine Paiz, and Ashlyn Castro in the past.

Despite all the rumors and speculation surrounding KiKi Layne and Michael B. Jordan after the Sundance incident, the duo became completely quiet regarding the topic.

The 5’9″ actress and the muscled hunk would keep a shallow profile after this incident. It was also confirmed that the special night in the Sundance Film Festival would never repeat.

In 2021, Marvel’s Killmonger is in a romantic relationship with 24-year-old Instagram model Lori Harvey.

The rumored couple never talked about the incident so, the question about whether Michael B. Jordan was KiKi Layne’s lover, is a mystery.

Rumors With Her On-Screen Partner

As mentioned above, KiKi Layne had her breakthrough from her first big-screen appearance in If Beale Street Could Talk. The drama and romance genre starred the actress alongside Canadian actor Stephan James. Many rumors were speculating the on-screen couple to be dating off-screen as well.

Stephan James was rumored to be KiKi Layne’s boyfriend since they spent exponential time together. While shooting and promoting their movie, the on-screen couple shared a very understanding relationship.

Sadly, sometime around February of 2019, the co-founder of B.L.A.C.K. Canada was spotted with a woman named Kaila Dickson. Surprisingly, this happened when KiKi Layne and Michael B. Jordan were rumored to be dating.

As of now, the Coming 2 America actress is single and not bothered about relationships. Despite having many names linked with KiKi Layne, she was never in a confirmed relationship. The above-mentioned are the only two names that came close to becoming her significant other.

As for her encounter with Michael B. Jordan, the duo never confirmed dating each other. Maybe they did date low-key without going viral but we might never know.

The 2019 Black Reel Award winner for Outstanding Actress has only begun her Hollywood life. As time goes by, KiKi Layne will surely find love and talk about her relationship in the coming days.

Nevertheless, we wish the best to KiKi Layne for her good health and the days to come. Currently enjoying the single life, we also wish the African-American talent to find someone to rely on or a shoulder to lean on.