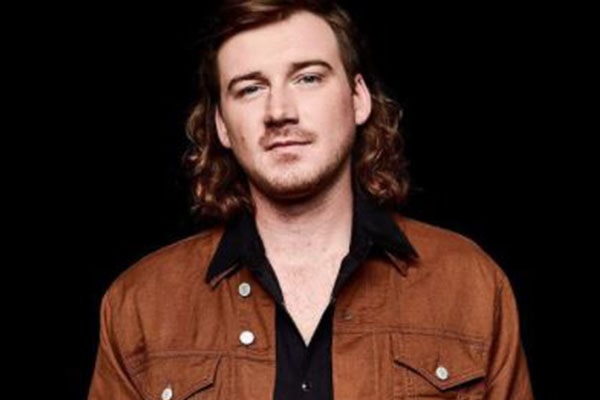 Morgan Wallen is a country music songwriter and singer from America. He gained popularity after appearing on NBC’s talent show The Voice in its sixth season in 2014. Many of his singles have helped him gain immense fame and wealth.

Morgan has released several singles, which eventually helped him get more popular and increase his wealth. According to Celebrity Net Worth, Morgan Wallen’s net worth is estimated to be $4 million. He added such a massive fortune to his name from the music albums he has released and various other ventures.

Thus, let’s learn more about how he has been earning a massive fortune like that.

Morgan Wallen Net Worth And Career

As stated earlier, Morgan Wallen’s net worth is estimated to be $4 million. Along with the popularity and fortune he has been earning in his music career, Wallen has also been involved in various controversies. He started his musical journey very early and took piano and violin lessons at a very young age.

Morgan started his singing career by competing on the popular singing show, The Voice. He competed on season 6 of the show as a member of Usher‘s team and later Adam Levine‘s team. However, during the playoffs, he was eliminated. During his time on the show, Wallen started to work with Sergio Sanchez of Atom Smash, who introduced Morgan to Bill Ray and Paul Trust of Panacea Records.

On August 24, 2015, Morgan released an EP called Stand Alone under Panacea Records, whom he had signed the same year. Under the label, he released his debut track, entitled Spin You Around.

In 2016, Morgan signed to Big Loud Records. There he released his debut single, The Way I Talk. After that, he released various other singles like You Make It Easy, Up Down, etc. He released his debut album named If I Know Me on April 27, 2018. The single, Whiskey Glasses, from the album topped the country charts. He then released his second album, named Dangerous: The Double Album, in 2020.

Morgan’s second album was a hit as it debuted atop the US Billboard 200 and Canadian Albums Chart. As of March 2021, the album has earned 84.7 million streams. According to Billboard, his catalog has earned $8.005 million in revenues from U.S. sales and streams in 2021. Here’s the amount earned by Wallen’s different albums.

Morgan has earned considerably from his album sales. And as a result, his net worth has seen significant growth over the years.

Also Read: Anita Baker Net Worth And Her Income Sources

As we all know, Morgan is a famous and talented singer who has amassed an enormous wealth of $4 million. Apart from his income from music album sales, the talented singer also earns significantly from his YouTube channel named Morgan Wallen, which has 951K subscribers.

According to Social Blade, he has an estimated monthly and yearly earnings of $233.7K – $3.7 million and $2.8 million- $44.9 million, respectively. He must have generated quite a lot of amount from his YouTube channel as well.

As stated earlier, Wallen’s multi-million worth of fortune comprises his income from music albums. Apart from that, he earns significantly from his merchandise store. The talented singer, who has 2.3 million followers on Instagram, uses the platform for advertising his products. Here are some of the items offered in the official store, along with their price.

Wallen’s net worth has increased over the years from various ventures that also include the sales of his merchandise. He has established himself as one of the most successful and wealthy singers of his time.

Morgan has gained abrupt success and fame as a singer. However, he has also been involved in different controversies. In February 2021, a video was uploaded, where he was seen using the N-word with friends. He issued a statement to the press apologizing for saying the racial slur.

Despite his apologies, he had to suffer huge consequences. Series of radio networks like SiriusXM Satellite Radio, iHeartRadio, Entercom, and Cumulus Media removed his music from the air. Apple Music, Spotify, and Pandora playlists removed his songs and promotional photographs.

Furthermore, Wallen’s appearances were removed from the CMT and the Country Music Association’s platforms. His recording contract with the record label Big Loud (and partner Republic Records) was suspended indefinitely. Also, the Academy of Country Music announced that his latest album, Dangerous, would be ineligible for multiple country music awards.

Wallen uploaded a video on February 10, 2021, where he apologized once again and asked his fan not to defend him. Despite the huge consequence that he had to pay. Morgan’s album sales increased by 331%. Although Apple and Spotify playlist removed his music, Wallen’s streams did not lessen.

Aforementioned, Morgan Wallen’s net worth is $4 million. He has accumulated such an enormous fortune from his music albums, YouTube channel, and merch store. He currently resides in Nashville, Tennessee, USA, with his family. Thanks to his net worth, the talented singer is living a comfortable lifestyle with his family.

Morgan has abruptly gained success through his music albums which have gotten good reviews. He is a family guy and loves to spend family time quite a lot.