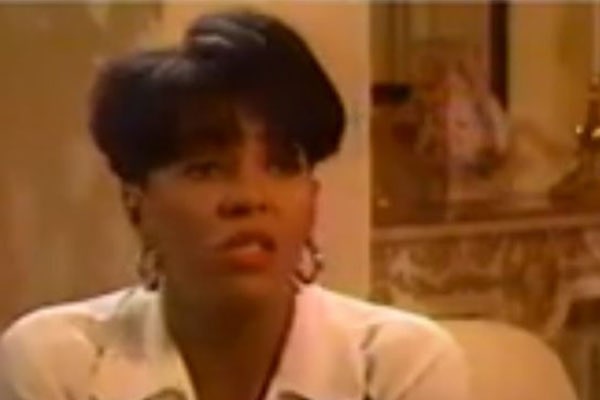 Anita Baker is one of the richest singers. Image Source: Social Media.

Anita Baker is a singer-songwriter from America. Regarded as one of the most famous singers of all time, she has won eight Grammy awards with four platinum and two gold albums in her singing career. She is widely considered as one of the most successful and influential R&B artists of the 1980s.

Anita has amassed immense fame and wealth as a singer. According to Celebrity Net Worth, Anita Baker’s net worth is estimated to be $80 million. She has accumulated such a massive fortune in her career from various music albums that she has released and various other ventures. Thus, let’s know more about how the talented singer has earned a massive fortune to her name.

Anita Baker Net Worth And Career

As stated earlier, Anita Baker’s fortune is $80 million. She has accumulated enormous wealth and popularity through her music albums. Anita, who started her career in the late 1970s, gained abrupt success and established herself as one of the most renowned singers of all time.

Baker used to sing R&B at Detroit nightclubs when she was 16. During that time, she was discovered by bandleader David Washington and gave her a card to audition for the funk band, Chapter 8. In 1975, she joined the band and toured with them until securing a deal with Ariola Records in 1979. However, Chapter 8 was dropped by the Arista records after they were convinced that as the group’s lead singer, Baker did not have “star potential.” Due to this, she returned to Detroit and started to work as a waitress and receptionist until 1982.

While working as a waitress and receptionist, Baker was convinced by Otis Smith to start a solo career under his Beverly Glen Label. It was in the year 1983 when she released her debut solo album, The Songstress. Among the four singles from the album, Angel became Baker’s first top ten single, which also reached number five on the R&B charts in late 1983.

Then, in 1985, Anita signed with the Warner Music Group- associated Elektra Records. Under the label, she released her second album, Rapture. Sweet Love, a song from her album, became her first pop hit, which reached number eight on the Billboard Hot 10. By 1988, the album had sold over 5 million copies in the USA and 8 million copies worldwide.

Since then, Baker has released numerous albums which have won various nominations and significant wealth. Here are some of Anita’s albums along with their respective prices.

Anita’s albums have earned enormously as millions of copies were sold. These albums helped the singer gain immense fame and eventually increased Anita Baker’s net worth. Her singles from the albums also helped her win several awards and nominations, making her one of the most successful singers of all time.

Anita also earned significantly from the various music tours that she has been on. Given below are the amount that some of her tours have earned as per The Richest, and since she was an integral part of them, Anita must have pocketed a considerable sum from them.

Anita’s income increased significantly from the amount earned from various tours that she has been to. She retired in 2018. Having won eight Grammy awards, she has made herself recognize as one of the greatest singers of all time.

Asked Her Fans Not to Buy or Stream Her Music

As stated earlier, Anita has recorded several hit albums. In March 2021, she asked her fans not to stream or buy her music until she owns her own masters. The singer is currently battling her label for the right to own her masters and has requested her fans not to advertise Spotify Streaming as they don’t pay Artists/Creators.

Through her Twitter account, the talented singer explained to the fans how the industry works when it comes to paying artists. She also used GIF of the late Prince as an example to describe the music industry as “thieves.” Prince had also fought his record label for the rights of his masters and did not allow his music to go on YouTube.

Anita Baker is a successful musician and was married to Walter Bridgforth Jr. for decades. The couple tied the knot in 1988. However, they separated in 2005 and were officially divorced in 2007. The divorce settlement between the two of them cites a 50-50 division of royalties from two albums that she made during their 20-year marriage.

In 2018, they were back to the Legal Battle when Baker received an arrest warrant after she refused to sign some papers that mentioned permission for a court-appointed music contract expert to seek information from the record companies about her music royalties. The dispute started when Walter received $12K as 50% of the music royalty payments in 2009.

As stated earlier, Anita Baker’s net worth is currently estimated to be $80 million. With wealth like that, she has been able to live a comfortable lifestyle. She currently resides in Grosse Pointe, Michigan, USA. In 1993, she bought the house she is currently residing in for the purchase value of $2,200,000. The 7,324-square-foot house of hers had a market value of $1,800,000 in 2014.

The massive fortune that Anita has earned has helped her live a comfortable life. She also publicly endorsed Andrew Yang in the 2020 Democratic presidential primary. Thanks to her multi-million dollars of fortune, she can afford a comfortable and lavish lifestyle.