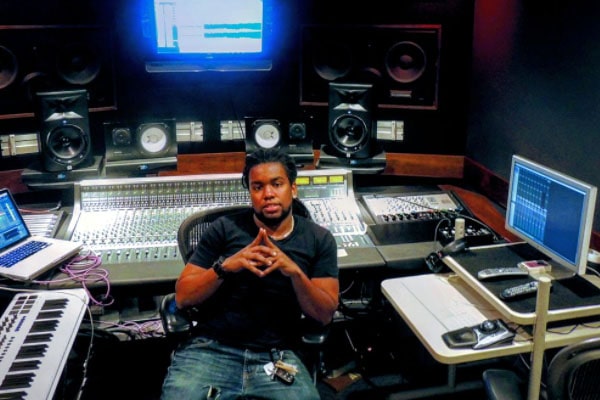 One of the most incredible soulful romantic ballad singers, Anita Baker, won her first Grammy within a year of her career. Anita announced her retirement after a 30-year long tenure in 2021. She recently made headlines after requesting her fans not to stream or buy her songs to retrieve her masters.

Besides the impressive career and thoughtful request, Anita Baker always prioritized her family before her career. Unfortunately, she went through a very harsh divorce from her husband, Walter Bridgforth Jr. but never gave up on her kids.

Therefore, we shall talk about Anita Baker’s son, Walter Baker Bridgforth, and his whereabouts. Also, did you know Walter is an almost replica of his mother? No, then stick until the end.

Aforementioned, Anita Baker is one of the most prominent and respected icons in the music industry. Besides an impressive career as a ballad singer, Anita got into a marriage with the hopes of a beautiful family. She welcomed two sons with her ex-husband, Walter Bridgforth Jr., Walter Baker Bridgforth being the oldest.

Unfortunately, there are no details of Anita Baker’s son, Walter Bridgforth‘s childhood, but he must have had a fun upbringing surrounded by music. Furthermore, he grew up along with his younger brother, Edward Carlton Bridgforth, who happens to be a year younger than him.

Following His Mother’s Footsteps Into Music

Aforementioned, Anita Baker’s son, Walter, inherited his mother’s impeccable musical abilities and iced them with a degree from the Berklee College of Music in 2015.

According to Walter’s LinkedIn, he holds a degree in Audiovisual Communications Technologies/Technicians.

Moreover, Walter Bridgforth’s resume is pretty impressive, and his extensive experiences in different roles allowed him several opportunities, including a year apprenticeship at Electroson in January 2018.

Walter currently works as a Production Manager for ZenMuse and serves Avalon Hollywood as an audio engineer since April 2016.

While going through Walter’s Facebook, it seems like he is a private person. However, he uploaded quite a few work-related pictures, and one of them features the invincible DJ Khaled. Furthermore, despite keeping his personal life low-key, he still shares music-related news.

The producer and music producer, Walter Bridgforth’s mother, is quite proud of her child’s accomplishments. Thus, he worked/ played with his mother, Anita Baker’s band, on a few occasions.

Despite having this strong mother-son bond with Anita, Walter Bridgforth’s parents parted ways after almost two decades of marriage.

As mentioned earlier, Walter Bridgforth’s parents parted ways in 2008. Both Walter and his brother were probably 15 &14 when their parents’ divorce was finalized.

Anita Baker and Walter Bridgforth Jr. exchanged vows on  December 24, 1988, and remained married until 2005. In between, they welcomed two exceptionally talented children, started a non-profit organization, and raised their sons into respectful human beings.

However, the beautiful marriage turned cold in 2005 due to undisclosed reasons. And within a couple of years, Anita and Bridgforth Jr.’s divorce was finalized, only to be dragged in court in 2010.

Walter’s mother curved the jail rant after her lawyers could draw an agreement with his father’s representatives. Despite the difficult divorce, Walter Baker Bridgforth maintains a close relationship with both his parents.

Well, Anita Baker’s son, Walter Bridgforth, is an ambitious man. Likewise, he has all the skills to become as successful as his mother. He might even surpass his mother. Therefore, let’s hope to hear more of his works in the future.

The name Walter means mighty warrior, it forest warrior, and has a German origin.