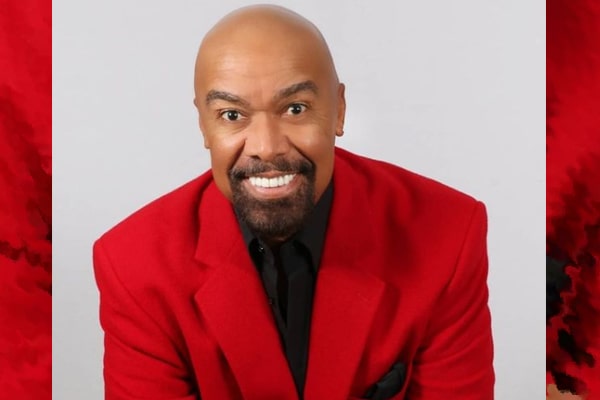 Anita Baker started her career in the late 70s and is one of the most popular singers in the 80s having won a Grammy by the mid-80s. The highly achieving ballad singer Anita reportedly won eight Grammy Awards and has five-Platinum albums & one Gold album before she announced her retirement.

Even today, Anita Baker’s influence is powerful. However, she had to go through a very rough divorce with her ex-husband, Walter Bridgforth Jr. Regardless of the tumultuous and harsh separation settlement, Anita is a proud mother of two kids.

For now, we shall tail Anita Baker’s ex-husband Walter Bridgforth Jr. Stick until the end to find out if Walter almost sent her to prison.

Aforementioned, Anita Baker had an impressive career as a soulful ballad singer and bagged several prestigious awards. Furthermore, she was married to an ambitious man named Walter Bridgforth Jr. for several years before bitterly parting ways.

Anita Baker’s ex-husband. Walter Bridgforth Jr. is serving as the President of the W.B.B.J Rental Properties since 1997. The company focuses on persuading national, family-style restaurant chains to invest in Detroit.

Bridgforth’s company has seen significant achievements due to their decades-long hard work. Furthermore, he was always passionate about bringing sit-down restaurant chains to Detroit.

Moreover, Walter has also worked on a few music and video chains, plentiful in the suburbs to come back into the city. Besides, he also developed a residential complex in Grosse Pointe Farms and became the first African-American to do so.

Before starting his own venture, Walter Bridgforth worked at IBM. Interestingly, he did not mention any of his work histories on LinkedIn, but the owner of The EBBJ Properties of Michigan vaguely mentions his professional journey. While going through Bridgforth Jr.’s Facebook, he revealed that he is a Western Michigan University graduate.

Besides, Bridgforth Jr. is active on social media and shares several pictures of him and his family. Furthermore, his social media relationship status states that he’s single. But he was previously married to a ballad singer, Anita Baker.

Married To The Soulful Singer, Anita In 1998

As mentioned earlier, Anita Baker’s ex-husband is currently single and thriving. However, he was married to Baker for two decades, from 1988 to 2008.

Anita has always been a private person and kept her personal life confidential. Therefore, there isn’t much about the former couple’s relationship.

Anita and Walter officially exchanged their vows on December 24, 1988, in an intimate ceremony. Let’s not expect the details of the pair’s wedding, but they did share pure love for one another. Anita inspired her husband to initiate a non-profit organization named Bridgforth Foundation.

The Bridgforth Foundation helped students pay for the first two years of college or vocational school for 25 kids from Barry Elementary School in Detroit. The foundation stopped its operations in 2014.

Besides, in a love song Anita co-wrote with Randy Holland and Skip Scarborough, she vowed, “I bet everything on my wedding ring/ I’m giving you the best that I got.”

Unfortunately, Anita’s blooming career clashed with all the mishaps in her life, and the pair parted ways in 2005 after two sons. The separation might not be the worse part for the former couple, as Anita was nearly jailed during their divorce process.

Anita Baker’s divorce from her former spouse, Walter Bridgforth, might go down in history as one of the most dramatic divorces of all time.

After seventeen years of marriage, Anita and Walter separated in 2005 and reportedly divorced in 2008. Anita’s initial divorce settlement called for a 50-50 division of royalties from two albums, ‘Giving You the Best I Got‘ and ‘Rhythm of Love.’

After a couple of years of divorce, Anita Baker faced a potential stint in jail after she objected to the $12k he’d received as 50% of the royalty payments in 2009. Baker’s ex-husband believed the royalty figures were much more prominent. As a result, the judge ruled the court-appointed experts to help Baker re-write letters with mutually-understandable language.

Baker previously signed a similar letter of authorization after the divorce, which demands ‘mechanical’ royalties or the inclusion of songs created during their decade-long marriage.

Despite the tiring divorce settlement, Anita and Walter’s love for their children is beyond explanation.

Despite a rocky divorce, both Anita and Walter are actively present in their lives. Furthermore, Anita Baker’s children, Walter and Edward, have a striking resemblance to her.

Anita Baker’s son, Walter II, is a professional DJ and sound engineer, while their youngest son prefers privacy. Walter Jr. also has a solid bond with both his kids and occasionally shares pictures of them spending time together.

Furthermore, Walter’s ex-wife, Anita Baker made headlines after requesting her fans to stop streaming her music and halt her album’s purchase. The R&B icon further clarified that Spotify Streaming does not pay artists/creators what they’re worth. In a series of tweets where Anita assured her fans that she’d fight for her masters, she broke down streaming services rates.

On the other hand, Anita Baker’s ex-husband, Walter Bridgforth Jr., is living a comfortable life surrounded by his loved ones.