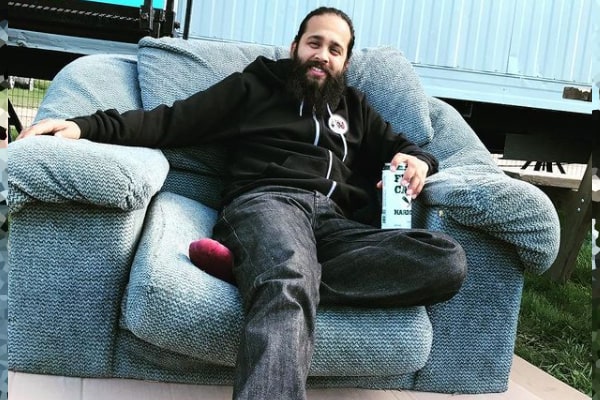 Nelly Furtado is a Canadian singer-songwriter known for her musical versatility. She first earned fame with her debut album, Whoa, Nelly! which was a massive commercial success and also won her very first Grammy.

After her first Grammy, Nelly went on to release several successful albums and is now enjoying motherhood. Yes, she welcomed a daughter named Nevis Gahunia with her former partner, Jasper Gahunia. Despite parting ways, the couple found ways to co-parent.

Likewise, according to Jasper Gahunia’s IMDb, he has worked in the musical department of a handful of movies. He has worked in With You Always as a musician and in Murder in Paradise as a composer. Similarly, Gahunia also has credit for the soundtrack in Project Runway Spotlight: Marchesa and With You Always.

Besides working as a freelance musician and composer for the past sixteen years, Nelly Furtado’s ex-boyfriend also works for the Royal Conservatory of Music Community School as a teacher for the Scratch DJ Fundamental class. Likewise, he previously worked for Nelly Furtado as a studio DJ.

While he is a notable name in the music industry, Nevis Gahunia’s father Jasper, has a bachelor’s degree in Physical Education and Health, Kinesiology, and Exercise Science from the University of Toronto. Well, Jasper’s impressive performances have been headlined in several magazines.

Besides having a robust career DJing, Jasper Gahunia is a doting father of a daughter with Nelly. The ex-couple dated for a few years before calling it quits but are co-parenting their only daughter.

As stated earlier, Nelly Furtado’s ex-boyfriend, Jasper, has a massive career as DJ. Moreover, his stage name is DJ Lil’ Jaz, who Nelly introduced as a DJ-turntablist/keyboard player/producer.

Unfortunately, there are no details of the pair’s relationship, but in an interview, Nelly revealed that they were friends for half a decade or more before jumping into a relationship. Nelly and Jasper then were together for four years before calling it quits. They surely had their fair share of their ups and downs and enjoyed one another’s company. However, things did not work out between Nelly and Jasper. Thus, both parted ways amicably.

Interestingly, when asked why Nelly and Jasper never got married, she admitted that she’s a modern kind and does not abide by society’s standards. Thus, one’s contradictory idea of marriage might have been the reason behind Furtado-Gahunia’s break-up.

Currently, Nelly is happily single and living in Toronto, while Nevis Gahunia’s father Jasper prefers to keep his life hidden from the media scrutiny. His social accounts are purely professional, and he rarely uploads anything which showcases his life.

As mentioned earlier, Jasper and Nelly welcomed a daughter during the four years of their relationship.

The pair welcomed their only child, Nevis Chetan Gahunia, on September 20, 2003, in Toronto. The former couple, Nelly and Jasper, named their daughter after the island on which she was conceived in the Kingdom of Saint Christopher and Nevis.

The pair are active co-parent and have maintained a friendly relationship even after years of separation. Moreover, Nelly rarely shares anything personal on her Instagram, and their daughter, Nevis, is growing up into a fine woman.

Jasper Gahunia and Nelly Furtado’s daughter, Nevis Gahunia, is, in fact, very active on her social media compared to her parents. While going through her Instagram, she seems to be enjoying her youth with her friends and is adventurous.

Nevis, too, does not share much of her family, but she must be close to her parents.

In conclusion, Nelly Furtado’s baby daddy and ex-boyfriend Jasper Gahunia is a successful DJ and a doting father who prefers to keep his life away from social scrutiny. Nevertheless, let’s hope to hear more about his life in the coming days.