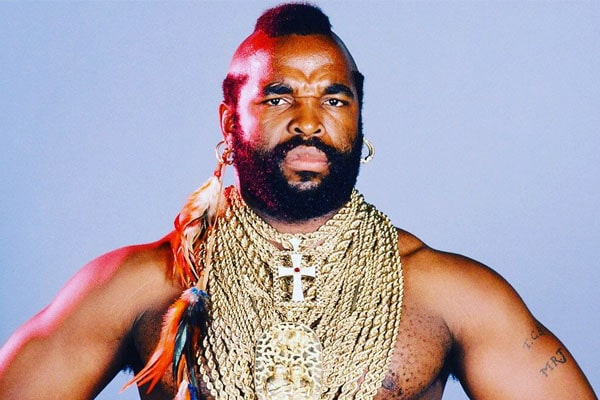 He was one of the most notorious actors in the 1980’s, and his name was synonymic with ‘bad-ass.’ Of course, we are talking about the star of film and TV, Mr. T, born Laurence Tureaud. The youngest among twelve children, Mr. T first gained some fame as a bouncer in the 1970’s and later as a bodyguard to celebrities like Diana Ross and Michael Jackson. Later, he rose to prominence as a television personality and wrestler.

According to Celebrity Net Worth, Mr. T’s net worth is estimated to be around $1 million. So, how does this 80’s icon manage to amass such a considerable amount to his net value? Here, let’s have a closer look at all of his earning sources.

ALSO READ: Omarosa Net Worth and Earnings From Multiple Sources

Mr. T’s Net Worth From His Career In The Entertainment Industry

Mr. T is one of those successful American actors who rose to fame with his flexible acts in the 1980s. Though he has starred in dozens of movies to date, he is mainly famous for his work in the 1982’s film ‘Rocky III.‘ The film amassed $125,052,686 after its release worldwide. So, it is Mr. T’s first film that earned him massive fame along with a solid amount of money as an actor.

Since after his debut in the movie ‘Rocky III,‘ Mr. T went on to secure significant roles in big movies earning him fame and money side by side. Some blockbuster films starring Mr. T, including their box office collection, are given below.

Besides, Mr. T also gathered a substantial amount of money from his TV appearances. After first appearing on TV from the NBC tough-man competition ‘Sunday Games’ and winning it, he participated in many other TV shows and programs. For example, he played the role of Sergeant Bosco ‘B.A. Barcus‘ on ‘The A-Team,’ co-starring Dirk Benedict, Dwight Schultz, and George Peppard.

According to sources, Mr. T received nearly $80K a week for his role on ‘The A-Team,’ which aired for four seasons from 1983 to 1987. Similarly, Mr. T appeared on other shows like Freaked, Straight Line, Dancing with the Stars, Johnny Bravo, and Saturday Night Live.

Ever since his debut in professional wrestling in 1985, Mr. T continued to appear in various events for the WWF, World Class Championship Wrestling, and World Champion Wrestling, often with Hulk Hogan. Moreover, Gene Okerlund inducted him into the WWE Hall of Fame’s celebrity wing in April 2014 at the Smoothie King Center, New Orleans.

Furthermore, during his time in professional wrestling, Mr. T also made some money serving as a special guest referee.

Forbes magazine describes Mr. T as one of the most durable pitchmen in the business. It reports that Mr. T earned $5 million per year from commercials while he was at his peak.

It would be cool if Mr.T cereal made a comeback! Yeah..that would be cool! What do you think? #mrt #ipitythefool #breakfast #QuakerWholeOats #ThrowbackThursday pic.twitter.com/W0rti7NZrW

Apart from that, Mr. T makes money from his merchandise, including The Pocket Mr. T, Mr. T-themed ringtones, an alarm clock alert, T-booth, and many more. In addition, he is also a motivational speaker famous for his encouraging material targeted towards young children. Mr. T has released a couple of educational videos to date, giving advice to young audiences.

Furthermore, a passionate footballer, Mr. T, also hosted shows not many fans worldwide know. For example, he hosted the World’s Craziest Fools for the BBC Three. Also, Mr. T co-hosted shows like Twilight Theater and Saturday Night Live. On top of that, Mr. T has a YouTube channel, ‘OfficialMrTVideos,’ which has over 4.45K subscribers at the moment.

Moreover, during his initial days, Mr. T earned some dollars as a bouncer and a bodyguard for several celebrities for more than a decade. So, Mr. T’s net worth being $1 million is pretty justifiable.

Despite being one of the most recognized men in the 1980s, Mr. T’s career essentially went cold by the late 1990s, and he struggled with extreme financial pressure. In 1995, doctors diagnosed Mr. T with T-cell lymphoma, a type of cancer, forcing him to take a break from his career as an actor.

Amidst cancer treatment, Mr. T publicly revealed in an interview with Entertainment Tonight that his bank account had less than $200. He said that he gave all his jewelry to his family to sell and make money. Mr. T further expressed that one can take their material stuff to the grave but not past it.

Ever since his recovery from his illness, Mr. T stopped wearing gold chains and other jewelry. During the 2005 Hurricane Katrina disaster, he said that as a Christian, when he saw other people lose their lives, property, and land, he felt it would be a sin before God for him to continue wearing jewelry. He thought it would be discourteous to the people who lost everything. So, Mr. T stopped wearing his gold.

So, though Mr. T struggled with financial problems in the past, his return to the entertainment industry via several commercials and TV shows helped him regain his financial stability.

Currently, he splits his time between Albuquerque, New Mexico, and Chicago, Illinois, and enjoys a comfortable life with his million-dollar fortune. We hope he is also paying his taxes and insurance premiums of his valuables in time.