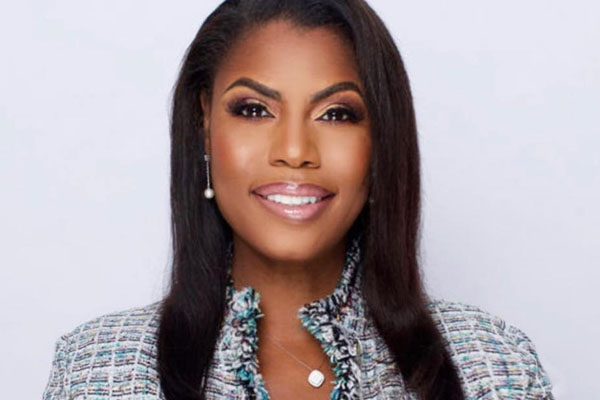 Omarosa's net worth credit goes to various sources including her career in the television. Image Source: Omarosa's Instagram.

Since Omarosa‘s rise to reality TV fame in 2004, we all know that she has never let herself shield away from the limelight. She became the contestant everyone enjoyed to hate on during The Apprentice‘s first season. Gradually, Omarosa gained more fame with more appearances on various reality TV series. Moreover, she achieved excessive recognition after she joined as one of the staff of the White House.

Soon after leaving her job in the White House, Omarosa aka published a book detailing her time in Donald Trump‘s White House. It not just helped her gain more public attention but also aided her in adding extra dollars to her bank balance. But, how much is Omarosa’s net worth? And, what are her other income sources apart from writing?

Here’s all you need to learn about her fortune and her earning sources.

Omarosa Net Worth And Earnings

According to Celebrity Net Worth, Omarosa’s net worth is estimated to be roughly $3.5 million. The maximum percentage of it came from her gigs on television, working for the Trump administration, and undoubtedly, the book sales.

So, let’s find out all her earnings from various sources which helped her become a multi-millionaire.

Income As A Reality TV Star

As mentioned earlier, Omarosa first rose to prominence after she participated in the first season of NBC’s series, The Apprentice. Ever since then, she has appeared in many more reality TV shows, including VH1’s The Surreal Life, Flavor of Love, Fear Factor, and Celebrity Apprentice to name a few.

However, it was Omarosa’s stint on OWN’s Raising Whitley from which she a got check of around $5K. Moreover, she received under half that amount for her work on TV shows, including The Steve Harvey Show, David Tutera’s Celebrations, and Late Night With Jimmy Fallon.

Apart from those, Omarosa’s net worth in millions also came from her guest appearances in numerous television series. Some of the shows in which she showed up as a guest include The Wendy Williams Show, Oprah: Where Are They Now? The Talk, and many more. Also, Omarosa was a guest host of the 2019 Celebrity Big Brother 2 show.

So, altogether, Omarosa earned thousands of dollars in the past from her career as a reality TV star. Moreover, lately, she has taken part in the television series Big Brother VIP and many other TV shows. So, she probably might have got a reasonable sum of paycheque from them which undoubtedly gave rise to her total fortune.

Earnings As A White House Staffer

CNN noted that Omarosa was among the higher paid staffers, the only African-American, in 2017 for the Trump administration. She reportedly earned slightly less than $180K as her annual salary. The former assistant to then-President Trump, Omarosa, actually received the same amount as Kellyanne Conway.

Omarosa first joined Trump’s campaign in 2016 as the director of African-American outreach and worked on the National Diversity Coalition’s board for Trump before that. Her yearly salary serving on the transition team for Trump was around $46K. But, after she got the job in the Office of Public Liasion, her remuneration rose substantially to nearly $179.7K annually.

Though Omarosa insisted that she opted to resign from her position in December 2017, effective January 2018, CNN White House Correspondent April Ryan reported that John F. Kelly, White House Chief of Staff, had fired her.

Nevertheless, Omarosa earned a considerable amount of money during her tenure as the White House Staff.

After a dramatic exit from the White House, Omarosa made rounds on talk shows and appeared again on reality TV. In 2018, she even published a juicy tell-all book titled ‘Unhinged,’ detailing her time in the White House. It shortly climbed to the top of the New York Times best-seller list.

Moreover, according to The Washington Examiner, Omarosa had even signed an unrevealed amount surpassing seven figures for her book deal before its release. So, it’s expected that the book deal might have increased her wealth.

At the moment, Omarosa’s book ‘Unhinged: An Insider’s Account of the Trump White House‘ is selling well in all formats, audio, print, and ebook. On Amazon, the Kindle version of the book costs $12.99, while readers can buy its hardcover for $8.24.

Besides, Omarosa is the author of The Bitch Switch: Knowing How to Turn It on and off (2008) and Art My Way (2010). So, the sales of those books are also causing the current net value of Omarosa to skyrocket.

Besides earning as a television personality and an author, Omarosa made some money from other sources as well. She cashed in on public appearance fees charging between $1K and $5K to show up at several events. It includes local plays, corporate and church functions.

Apart from that, Omarosa reportedly made a clean $400 working as a substitute teacher in LA. She is an authorized special education teacher, having completed her Executive Coaching Certification from Howard University in 2015.

Furthermore, Omarosa also added a substantial amount to her cash flow, working as a Deputy Associate Director at The White House from 1998 to 2000. Also, she served as a West Coast Editor at OK! Magazine for some years in the past.

On top of that, according to Omarosa’s Linkedin page, she owns a company named Access America Enterprises. Thus, her net worth of over $3.5 million is entirely justifiable.

Omarosa Got One Third Of Her Late Fiancé’s Estate

According to various online sources, Omarosa got a third of her late fiancé, Michael Clarke Duncan‘s estate after his untimely death. Reportedly, the share of the trust fund was valued at anywhere from $1 million to $5 million.

The late actor Michael Duncan passed away in 2012 from a heart attack. Omarosa was the one who notified his death after personally performing CPR on him when she found him. Some sources report that Duncan’s net worth was estimated to hover around $18 million at the time of his death, which Omarosa split between multiple people, including Michael’s sister and mother.

Hence, Omarosa’s net worth of around $3.5 million came from different sources. Her assets in millions have blessed her with all the luxuries, including comfy cars, expensive mansions, designer clothes, and many more. Moreover, she also has enough dollars to pay taxes and insurance premiums of her valuables in time. We hope her fortune will rise significantly in the future, with her increasing involvement in multiple earning sources.