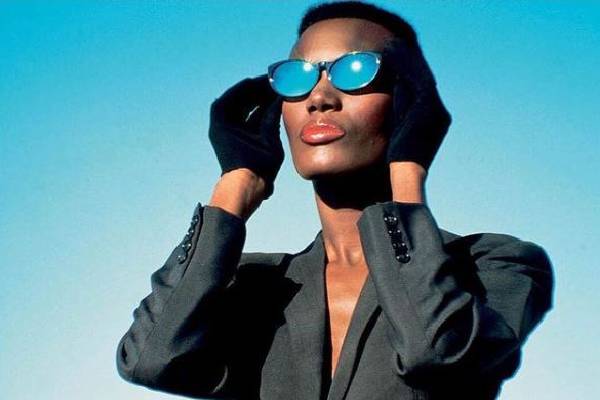 Grace Jones makes her fortune from her career as a singer, actor and a model. Image Source: Grace's Instagram.

An actress? A model? or A singer? Grace Jones is all of those things and more. Jones has influenced pop culture in many ways, from her androgynous clothing to serving as an inspiration for artists like Lady Gaga, Rihanna, Lorde, Nile Rodgers, among many others.

The rock star has had massive success as a model, an actress, and a singer. Owing to that success, she has built up a fortune of $7 million for herself, according to Celebrity Net Worth. In this article, we look at Grace Jones’ net worth and her sources of earning.

Although Grace has tried her hand at many things, she is most known for her music. Naturally, therefore, it comes as no surprise that music is her primary source of earning.

The Jamaican-American singer started her music career with her debut album Portfolio in 1977. Later, she added nine more studio albums to her discography with her latest album Hurricane in 2008. In addition to this, she has also released many compilation albums and singles.

The 73-year-old singer is named the 40th greatest club artist of all time by Billboard. She had multiple songs on US top charts and sold countless albums. Listed below are some of Grace’s albums and the price of each album on Amazon.

Given her popularity, she must have earned a great deal from her album sale.

With the flamboyant singer’s songs being played in clubs to this day, she must earn a lot from royalties. Furthermore, the musician has also performed in various countries and is scheduled to tour sometime in July 2022.

Jones got her first taste of the entertainment industry through modeling at the age of 18. Initially, she was signed by Wilhelmina Modelling Agency, but she later moved to Paris in search of better opportunities. Luckily for her, her gamble in moving to Paris paid off, and she established herself as one of the top models in Europe.

Soon after moving to Paris, the bold singer began to work for top brands like Yves St. Laurent and Kenzo. She was also featured on the covers of Vogue and Elle.

So naturally, working for such esteemed brands that every model only dreams of, her salary from her modeling gigs must have been an enormous amount. And as a result, Grace Jones’ net worth probably reached new heights.

Not content with singing and modeling, Grace also tried her luck in movies. Similar to her music and modeling career, Jones was relatively successful in her acting career too.

In the beginning, Jones mostly acted in low-budget productions. Then, she got her first break in a big-budget production when she appeared as Zula in the 1984 movie Conan: The Destroyer alongside Arnold Schwarzenegger. After that, she cemented herself as a mainstream actress with a stellar appearance in a James Bond movie titled A View To A Kill.

Being a part of such a beloved and successful franchise as James Bond, Jones must have been compensated handsomely for her role in the movies.

Listed below are some of Grace Jones’ movies along with their box-office collection:

As seen above, many of the films starring the star earned millions worldwide. Moreover, her roles in more than 20 movies must also have made a significant contribution to Grace Jones’ net worth.

Also Read: Find Out How Much Is Brad Garrett’s Net Worth

Earnings From Endorsements And Memoir

As one of the most recognizable celebrity figures, Jones has also endorsed and worked with many brands. She appeared in a Honda Scooter commercial in 1986. Most notably, Jones helped revive the brand Citroën when she decided to do an ad campaign for Citroën CX. The car company was on the verge of bankruptcy until she got involved in the ad campaign. As a result, the company sold 1.1 million units until the year 1991.

With such undeniable star power, Miss Jones’s endorsements deals must make her a fortune.

While the beautiful Grace Jones has been a very influential figure in pop culture, she has also been very controversial. For example, she once beat up Russell Harty in his TV chat show because she felt he ignored her as a guest.

Naturally, people are always interested to know more about the inside story of such a polarizing figure. Grace Jones’ book I’ll Never Write My Memoirs gives a window into her private life.

The singer details her childhood, her career, and her much-discussed romantic relationships in her book. The book captured the attention of both fans and critics upon its release.

It’s safe to assume that earnings from her book amount to a considerable sum given the people’s interest in her life.

Grace Jones developed a taste for partying and clubbing when she sneaked out to gay bars with her brother. She maintained this flamboyant lifestyle throughout her life, with constant partying and using drugs.

Miss Jones’s devil-may-care lifestyle might have been the reason why she filed for bankruptcy in 1992. Grace Jones’ debts were reported to be upwards of £700,000.

Nevertheless, Grace Jones is now enjoying her life to the fullest.

Grace Jones was in a relationship with long-time collaborator Jean-Paul Goude, a French photographer. He is also the father of Grace Jones’ son, Paulo Goude. It is not known if the pair were ever married.

Once, Grace was also linked to the viscount Ivor Wimborne. The viscount had inherited a fortune of $41.3 million (£30 million) after the death of his father in 1993. Reports said that the couple was engaged and soon-to-be-married in 2003.

But don’t let her luxurious lifestyle fool you. Grace Jones also has a generous heart beneath that flashy exterior. She has joined forces with several artists over the years to support different charitable causes.

In an Instagram post in July, Jones shared that she would be performing for This is Icon charity gala event on 17th September. The proceeds from the event will support the mental well-being of the front-line staff in the COVID-19 pandemic.

Also, the Conan: The Destroyer actress also helped to raise over $3.7 million for the Elton John AIDS Foundation in 2010. The fund raised during the event was used to support HIV prevention and eradicate the stigma surrounding HIV/AIDS.

Grace Jones is a woman of contradictions. She has dared to challenge and question the status quo through her life and art, sometimes by questionable means. Nevertheless, she has persevered through struggles, fame, bankruptcy, tumultuous personal lives, and much more and still manages to stay strong today.