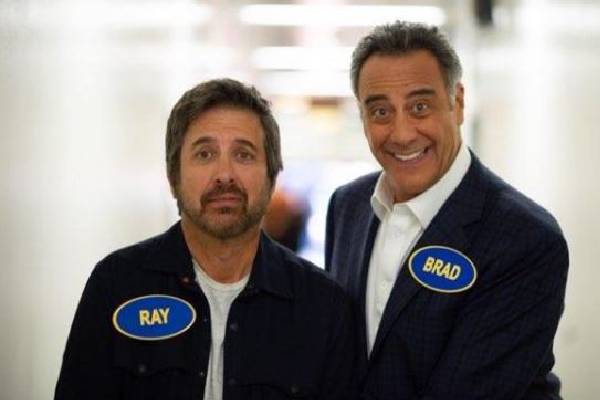 Brad Garrett has earned a considerable sum from his career as an actor and comedian. Image Source: Brad's Instagram.

You may know Brad Garrett as Robert Barone, the brother of Ray Romano‘s character in the insanely popular show Everybody Loves Raymond. Because of his portrayal of Robert, Brad has earned him a permanent place in the hearts of the fans.

Although the actor is mostly known for his role in Everybody Loves Raymond, a quick look at the actor’s IMDB page is enough to tell you just how prolific he has been throughout his career. So naturally, people are interested in Brad Garrett’s net worth and how the veteran actor makes his fortune.

Brad Garrett Net Worth And Earnings

Brad Garrett is well known for being an actor and a stand-up comedian. His stand-up comedy and acting jobs remain his primary sources of income. According to Celebrity Net Worth, the California-born actor has amassed $50 million in his more than three-decades-long career.

Brad got started in the entertainment business as a stand-up comedian. He participated in a talent show called Star Search in 1984. His comedy routine for the show ended up winning him the prize money of $100,000. By 1980s valuation, this was a considerable amount.

The comedian’s success in the talent show led him to appear in The Tonight Show Starring Johnny Carson. It gave him opportunities to perform as an opening act for renowned musicians Diana Ross, Frank Sinatra, Liza Minnelli, among many others. These performances earned him more fame as a stand-up comedian. And with more fame, Brad’s paychecks only got bigger.

Also Read: How Much Is Mike Rowe’s Net Worth?

Brad Garrett has been long in the game when it comes to acting. He has had appearances in several TV shows like This is Us, Fargo, Law & Order, The Fresh Prince of Bel-Air, Transformers, Seinfeld, etc.

The 6ft 8-inch tall actor has done plenty of voice acting. He has also appeared as a supporting cast in many films too.

Here’s a list of the actor’s most financially successful movies along with their box office collection:

Judging by the box-office collection of these successful movies, earnings from these movies indeed adds a lot to Brad GarretGarrett t’s net worth.

Garrett also loves the work behind the cameras in addition to acting and comedy. Hence the reason for him creating a show on Disney titled Big Shot. Brad Garrett’s net worth surely increased after creating a show for a media giant like Disney+.

Paychecks During His Time In “Everybody Loves Raymond”

Of course, we cannot discuss Garrett’s career without mentioning “Everybody Loves Raymond”. The show brought him both critical and commercial success. It was a massive success which can be judged by the fact that the network still reruns the series even after a decade of its release.

A 2003 report estimated that Brad made $150,000 per episode making close to $4 million in a season. However, Garrett earned a measly amount from his acting in the show than his other castmates, most notably Ray Romano.

The showrunners of Everybody Loves Raymond paid close to $45 million to Ray Romano for a season. It made him the highest-paid TV actor at that time. Ray Romano’s net worth is estimated to be $200 million, according to celebrity net worth.

On the other hand, Garrett made a mere 10% of Romano’s salary at the time. Rumors had it that he was the lowest-paid actor in the entire show. Naturally, one will be outraged at such a wage disparity. His agents went into negotiations with the showrunner about the salary difference.

Through the renegotiation of his contract, he was able to get a salary raise of $250,000 per episode and promised a certain portion of the income from the show’s reruns.

The royalties may not seem much at first. But, considering how beloved the show is, the royalties are surely adding significantly to Brad Garrett’s fortune. Moreover, it is indisputable that the talented actor’s attorney made him a very profitable deal during the renegotiation of his contract.

How Much Does Garrett Own In Real Estate?

Brad Garrett’s net worth of $50M has been utilized well by him in investing in real estate. Rumors had it that the actor was buying and holding on to many properties over the years.

The actor had also sold his LA house previously during the process of divorce from his wife. He had purchased the property for $6.3 million back in 2004. He had an asking price of nearly $9.5 million when he put the house on the market.

Garrett had also bought a house in Woodlands Hills in 1998 for $1.6 million for his family. Later, he sold the house in May 2005 for $2.3 million. In addition, the comedian had bought another 8000 square foot house in Lake Arrowroot for $1.8 million with his former wife.

Obviously, owning such luxurious properties, it is safe to assume that the comedian must be leading a comfortable lifestyle.

The Emmy Award-winning actor doesn’t only acquire expensive houses. He also has a taste for luxurious cars. The actor even described himself as a car junkie.

A 2010 report stated that the comedian owned 10 cars, most of which were convertibles. Some of the cars owned by him during that time are a 2009 Bentley GT convertible, a 1948 Cadillac convertible, a 2008 Ferrari 599, a 2008 Porsche Turbo Carrera, and a 2008 Aston Martin Vantage Roadster. He has always loved vintage cars, but his favorite car is always his Bentley GT.

However, it is not known if the actor still owns those cars.

Despite having such costly vintage cars in his garage, the comedian didn’t seem to be acquiring cars just to flaunt his wealth. Instead, he seems to be genuinely fascinated by the four-wheelers.

Divorce is expensive, especially when you are a millionaire. So naturally, Garrett’s divorce from his wife, Jill Diven, did not come cheap.

Brad Garrett married Jill Diven, and they had two kids together. But, they decided to end their marriage in 2006 and finalized their divorced in 2007.

The comedian-actor doesn’t just amass wealth but also believes in giving back to the community in whatever way he can. He founded the Maximum Hope Foundation in 2007.

The Maximum Hope Foundation provides financial assistance to families who are caring for children with a life-limiting illness. It helps to cover the cost of necessities like groceries, utilities, rent, etc., for the families struggling due to the high cost of treatments.

For a couple of decades, Brad Garrett has entertained us with his comedy, acting, and voice-acting. Consequently, the actor has been very successful in his career. Indeed, we can be hopeful that this article might have to be updated very soon to include his ever-increasing net worth.