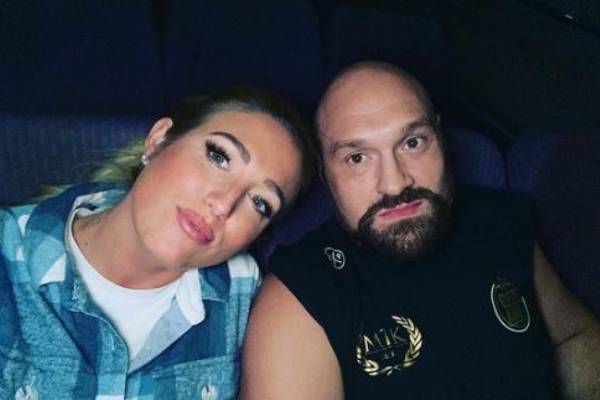 Any boxing fans might be familiar with the name Tyson Fury. Born Tyson Luke Fury, Tyson is a professional boxer from Britain who has held the record of being a two-time world heavyweight champion. He also has the nickname The Gypsy King and has gained significant fame, success, and fortune in his career.

The professional boxer shares a blissful marital life with Paris Fury. The couple who met in their teens got married in 2008 and are still enjoying a happy marriage. While Tyson’s fortune is estimated to be $50 million, many fans want to learn about his spouse’s wealth too. Therefore, without further ado, let’s take a look at this article about Paris Fury’s net worth and her earning sources.

Paris Fury Net Worth And Earnings

Paris first came into the limelight after marrying the two-time world heavyweight champion, Tyson Fury. The fame has helped her in different ways, including receiving endorsements and partnerships. However, her exact profession and earning details have not been revealed yet.

Nevertheless, it can be assumed that Paris Fury’s net worth is a considerable sum. So, let’s further learn what her income sources are.

Has Authored A Memoir

Tyson Fury’s wife, Paris, has recently ventured into the book-writing world. She authored a memoir, Love and Fury: The Magic and Mayhem of Life with Tyson. It is about the story of her Traveller childhood, her love story, and growing a family. In February 2021, she revealed the completion of her book through her social media. She stated that the book is her love story and is also for all the women juggling their lives as moms and wives.

Furthermore, the same month, Paris partnered with WHSmith to release the exclusive signed copies of her book. In June 2021, she shared the finished cover of her book on her social media. Finally, on October 28, 2021, she released her book. As per Amazon, its price is $16.57 in Hardcover format.

The memoir became The Sunday Times bestseller and number one bestseller in Women’s Biographies. She must have made considerable earnings from the sale of her book. With her first project being a massive success, Paris might author other literary works too.

Also Read: Take A Look At Master P’s Net Worth And Earnings

Apart from being an author, Tyson Fury’s wife is also an Instagram star. Her social media account consists of 966K followers. Her fame has helped her receive a number of endorsement and partnership deals from different brands.

Paris Fury often shares pictures and videos of cosmetic products. Similarly, she also promotes several brands. The sponsors and partnership deals she has signed with cosmetics brands and several other companies might have helped her pocket a staggering amount.

As a result of her earnings, Paris Fury’s net worth of a considerable sum seems plausible. In addition, the release of her book has increased her fame, so more brands must be willing to sign deals with her, which would see a rise in her fortune further.

On the other hand, as mentioned above Paris Fury’s husband, Tyson Fury’s net worth is estimated to be $50 million. He earned the prize money of $33.6 million(£26.2M) after winning the fight against Dillian Whyte in Tyson Fury vs. Dillian Whyte. Hence, the husband-wife duo must be enjoying a comfortable lifestyle together.

As mentioned earlier, Paris Fury’s net worth might be in the millions. With the staggering wealth that she has earned, she must be able to afford a luxurious lifestyle. Fury currently lives with her hubby and kids in Morecambe, Lancashire, in a $2.16 million (£1.7M) mansion.

Going through her social media, Paris and her family often travel to different places for vacations. She is seen wearing designer clothes and shoes. Furthermore, she must have a great car collection.

Since her popularity is growing more, a huge increment in Paris’ fortune in the upcoming days won’t be a surprise anymore.