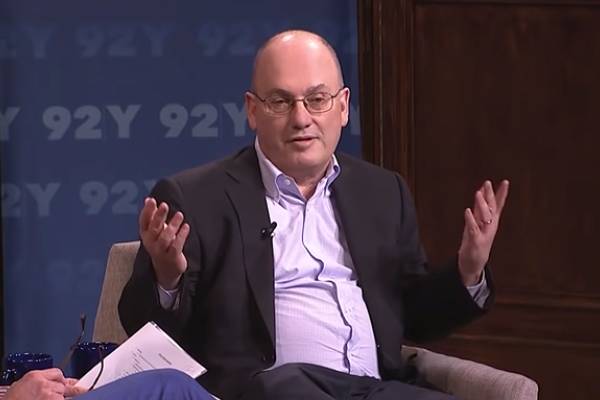 Steve Cohen is one of the wealthiest persons in America and the world. Image Source: Social Media.

Steven A. Cohen, or Steve Cohen, is a successful businessman of American nationality. He is a hedge fund manager who is famous for his trading strategies. He encourages investors to make informed decisions with investment.

The business tycoon rose to prominence after being the owner of the Major League Baseball team, the New York Mets. In addition, he has launched several successful fund managing firms. As one of the wealthiest people in America and the world, Steve Cohen’s net worth is huge enough to make our jaws drop.

So, in today’s article, let’s get to know about Cohen’s fortune and income sources.

Steven Cohen Net Worth And Income

As per Celebrity Net Worth, Steve Cohen’s net worth is $16 billion. Therefore, let’s further learn about his earning sources.

Also Read: Jim Crane’s Net Worth And See How The Businessman Amassed Billions

Steven Cohen was born on 11 June 1956 in Great Neck, New York, USA. After graduating from John L. Miller Great Neck North High School, he attended the University of Pennsylvania. He earned a bachelor’s degree in economics.

Afterward, Steven got a wall street job as a junior trader at Gruntal & Co. He demonstrated his extraordinary skill by making an $8,000 profit on the first day. By 1984, Steven was running his own trading group at the firm.

Finally, he started his own company, SAC, in 1992. The entrepreneur earned his first massive fortune from the company. However, in the mid-2010s, the firm was closed due to an insider trading scandal. The business tycoon soon established another hedge fund, Point72 Asset Management. The new firm exclusively manages its own money. As per Bloomberg, the investor has about $24.2 billion in assets under management.

Above all, Steve Cohen’s net worth primarily benefits from his profession as a hedge fund manager and investor.

The MLB team regularly loses money. Even in the regular season, it loses about $90 million. Moreover, in 2020, Mets lost $200 million because of the impact of the global pandemic.

However, in 2021, the revenue of the Mets amounted to $302 million. That is a huge improvement compared to the previous year. As the owner, Cohen must be getting his fair share from the baseball club. Hopefully, the team amasses more profit in the coming days.

Talking about the billionaire’s lifestyle, there is no doubt he enjoys a luxurious life. The following table shows the real estate properties the successful entrepreneur owns.

Furthermore, Steven owns a set of side-by-side townhomes in Greenwich Village. They destroyed the former structures and planned to build a 20,000-square-foot place. Moreover, the billionaire also owns an attached six-story townhouse which is currently being used by his children.

Aside from his professional career, the New York Mets owner is a married man with children. Apparently, the successful businessman has been married twice. His first marriage was to Patricia Cohen. They were together for over a decade.

Moreover, the ex-couple ended their marriage in 1990. A wretched battle started soon after their divorce. Steve Cohen’s ex-wife accused him of cheating her out of multimillion dollars in their 1990 divorce. She also filed a racketeering charge against her ex-husband.

However, the billionaire won the case, as the judges said that Patricia failed to submit enough evidence. Still, he must have had to pay a hefty sum for a divorce settlement.

Nonetheless, Steve Cohen has amassed an immense fortune and lives a lavish life with his family. We wish the successful entrepreneur a peaceful life ahead.