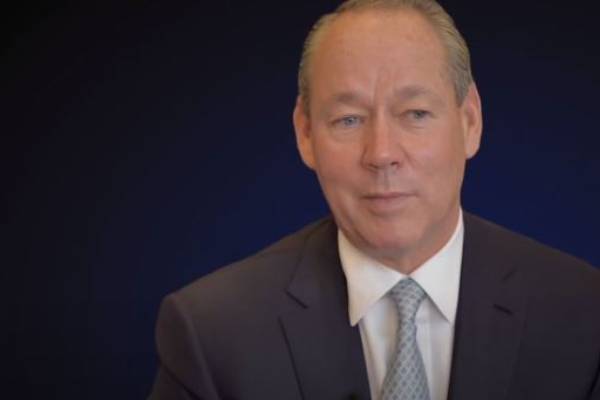 James Robert Crane, widely recognized as Jim Crane, is a renowned businessman from America. He is the chairman and chief executive of different business ventures like Crane Worldwide Logistics, Crane Capital Group, and Crane Freight and Shipping.

Jim mainly came into prominence after being the chairman and owner of the Major League Baseball team Houston Astros. Apart from the immense fame, many have shown interest to know how much the business tycoon has amassed to his name. Thus, in this article, let’s learn in detail about Jim Crane’s net worth and earning details.

Jim Crane Net Worth And Earnings

As mentioned earlier, Jim Crane serves as the owner and chairman of the Houston Astros. He earned significantly in the logistics industry and then as the owner of a major baseball team. As per Celebrity Net Worth, Jim Crane’s net worth is estimated to be $2.5 billion.

Similarly, as per Forbes, Jim’s fortune is reportedly $1.4 billion. Well, whatever might be the amount, he seems to have amassed billions to his name. Now, let’s further learn about Jim Crane’s earning sources.

Jim Crane attended Central Missouri State University (CMSU), now known as the University of Central Missouri. In 1976, he graduated with a Bachelor of Science degree. After graduating, he started to work in the insurance business, and in the early 80s, he relocated to Houston, Texas, to further his career.

In 1984, Jim borrowed $10,000 from his sister and founded Eagle USA Airfreight which eventually morphed into Eagle Global Logistics. The company went public in 1995, and at its peak, it has more than a hundred thousand employees and hundreds of millions in annual revenue.

In 2001, the company had to resolve issues with a $9 million settlement. The issue was the accusation by the Equal Employment Opportunity Commission that it had to face regarding discrimination against black, female, and Hispanic employees.

Similarly, the company had to make another hefty payment of $4 million in 2006 to the US Government in settling allegations of price-fixing, fraud, paying kickbacks, and profiteering related to the Iraq war. These payments might have made a dent in the company as well as Jim Crane’s fortune.

In August 2007, EGL merged with CEVA Logistics, the United Kingdom-based company owned by American private equity capital management and leveraged-buyout firm Apollo Management L.P. Jim owned about 17.6% of the stock in EGL at the time of the merger. Similarly, he pocketed $300 million at that time.

Jim also launched Crane Solutions in 2011, which creates value for all Crane customers by providing reliable visibility and capacity solutions. In 2017, he started Crane safety, the commercial safety supply, and training company.

Nevertheless, Jim seems to have earned significantly from his business ventures. All of the companies he founded were successful so, Jim Crane’s net worth increased significantly over the years.

Also Read: Know About Mario Lemieux’s Net Worth And Earnings

Earnings As The Owner Of An MLB Team

In 2008, Jim attempted to become a baseball owner and approached Drayton McLane to purchase Houston Astros but later backed out at the last minute. Then in 2009 and 2010, he made bids to buy the Chicago Cubs and the Texas Rangers, respectively but did not succeed.

In 2011, Jim bought the Astros for $680 million. Some MLB owners were skeptical about him being an owner of the team, given that he had faced different allegations of sexual discrimination, defrauding, bigotry, and price-fixing.

Jim reportedly received 10% for moving the Astros to the American League from the National League. He allegedly received $350 million for doing so.

What’s more, the Astros secured a victory over Philadelphia Phillies in November 2022. This further goes to support that the MLB team has been a wise investment for the businessman.

As the owner and the chairman of the team, Jim must have earned considerably. As a result, Jim Crane’s net worth has become billions in all these years.

Besides the earnings from the logistics and the MLB team, Jim has also been involved in different other business ventures, which have helped him earn a significant amount. In 2017, he opened two restaurants Potente, and Osso & Kristalla, in Houston.

Jim also owns a winery Aperture Cellars in California. The businessman has been involved in different business ventures, and his income increased considerably over the years. As a result, Jim Crane’s net worth is now estimated to be billions of dollars. Furthermore, looking at his income sources, his fortune seems reasonable.

Moreover, the business tycoon might have different branded cars. Nevertheless, be must be living a wonderful life.

While Jim has been enjoying his successful career for a long time now, he always did not have an easy path. Crane had to go through two failed marriages. He was first married to Theresa Crane. It is unknown when the couple exchanged the vows. The marriage supposedly ended, but the divorce proceedings were done privately.

Jim won the custody battle of his kids, and when he was going through the vicious battle his second wife, Franci Neely was with him. The former duo tied the knot in 1993 and officially ended in February 2015. Jim Crane’s ex-wife Franci Neely Crane reportedly received $30 million from his fortune. However, the number is apparently incomplete, and the settlement also included investments, properties, and others.

Moreover, Franci also received ownership of their luxurious house. Because of the amount that Jim paid in the divorce settlement, a dent must have been created in his fortune. But looking at his income, he must have covered it.