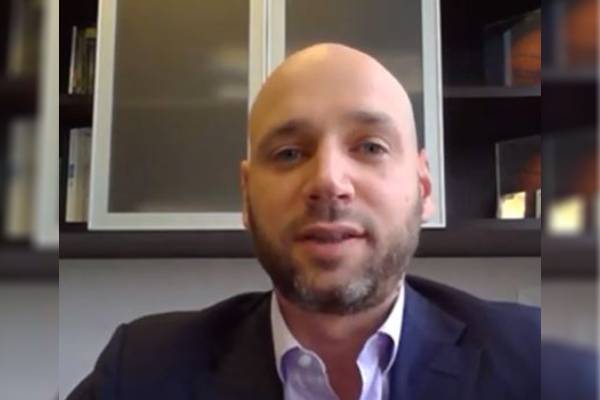 Jim Crane is a well-recognized business mogul in the Houston area due to his contribution to the area. Moreover, he is best known as the chairman and owner of the MLB team, Houston Astros. Seeing his popularity, it is no surprise that many Houston residents are eager to know more about his personal life.

So today, let’s get to know a little about Jim Crane’s son, Jared Crane, whom he welcomed with his first wife, Theresa Crane.

Is The Eldest Child Of Jim Crane

Aforementioned, Jared Crane is the son of Houston Astros owner Jim and his first wife, Theresa Crane. He is the first child of the ex-couple and was born in the early 1980s. Jared has a sister named Krystal Crane, aka Krystal Crane Thompson, who is only two years younger than him.

During their early years, the Crane siblings were raised by their parents, Jim and Theresa, in Houston. However, the former couple’s marriage fell apart, and Jared and his sister went to live with their mother for some time.

Since Jim was already a wealthy man at this point, Theresa received a sound custody support arrangement and raised her children in Colorado. But their normal everyday lives changed after the Astros chairman filed for custody of Jared and Krystal.

Furthermore, apart from Krystal, Jared also has a half-brother named James Robert Crane II. James is the son of Jim and his current wife, Whitney Crane. There is a huge age gap between the youngest Crane family member and Jared and Krystal.

As stated above, a few years after their divorce, Jim Crane and Theresa Crane fought for custody of their children Krystal and Jared. As per HoustonPress, the ex-pair’s thoughts and way of living was the exact opposite of each other. And this might be why the pair butted heads regarding their kids’ upbringing.

Moreover, Jared Crane’s mom was not particularly strict with her parenting, not pushing her kids to keep up their grades. But, on the other hand, Jim reportedly gifted his son a car with the condition of him doing well in his studies.

Jim Crane’s eldest son was reportedly diagnosed with attention deficient disorder and had a learning disorder.

All of this seems to have fueled the custody battle between the exes, which the Houston-based businessman later won. Jared and his sister went to live with their father and then stepmother, Franci Neely Crane.

After winning the long and tiresome custody battle, the businessman moved his children to Houston once again. He then trained both of his kids so that they could be involved in the family business. And to follow in his father’s footsteps, Jared even graduated with a degree in business administration from California Lutheran University.

However, soon after his graduation, Jim Crane’s son did not join any of the family business ventures. Instead, he worked as a Credit Analyst at the Encore Bank for two years. He was also the Independent Energy Broker for Champion Energy Services in 2008 and later worked as Energy Origination Manager till 2012.

Jared Crane then founded and served as the CEO and president of Incite Energy, an energy management company that offers commodity management, pricing analysis, and energy procurement services. But he sold the company in 2018 to focus on his work at Crane Worldwide.

Crane joined the Crane Worldwide Logistics in May 2018. He was the director of business development and also served as the vice president of global sales for quite some time. Then in 2020, Jared was promoted to Regional Vice President – America’s East and continued to serve in this position.

The eldest child of Jim Crane is doing well in his career, as seen in his career progression. He has continued to help Crane Worldwide Logistics succeed and undoubtedly earns a handsome sum for his hard work.

Not only the companies under the Crane name but Jim Crane’s son, Jared, is also involved with the MLB team, Houston Astros. While Jim owns and occupies the position of chairman of the professional club, his eldest kid works on the team’s official charity.

Jared Crane is the president of the Astros Foundation and oversees the charitable ventures the Houston-based team is involved in. Through the foundation, Jared has worked to support youth softball and baseball programs and recognize the US military and their family.

Also, the Astros Foundation has raised and donated millions to cancer charities in the area. Jared and his team have collaborated with various organizations to support pediatric cancer patients and their families.

Jared Crane Is A Married Man

Over the course of his professional career, Crane has worked for various organizations and found immense success. However, the information regarding his personal life is mainly shrouded in mystery. But we do know that Jared is a married man.

Unlike other Crane family members, Jim Crane’s wife, Adrienne Crane, is very protective of her privacy. The couple got married on May 19, 2018, in Palm Beach, surrounded by their family and friends. The bride and groom shared emotional vows before partying the night away.

Crane’s spouse was reportedly a track star at Salem High. And according to The Eagle-Tribune, Adrienne, born Adrienne Sayward, is a marketing program manager at the University of Texas’ Anderson Cancer Center.

Apart from these tiny tidbits about her life, little has been revealed about where and when Adrienne and Jared met and how their relationship began.

Therefore, we hope that in the coming days, we will get to know more about Jim Crane’s son, Jared Crane, and other details about his life.

The name Jared has Hebrew roots and is derived from Yared or Yered that means descent.