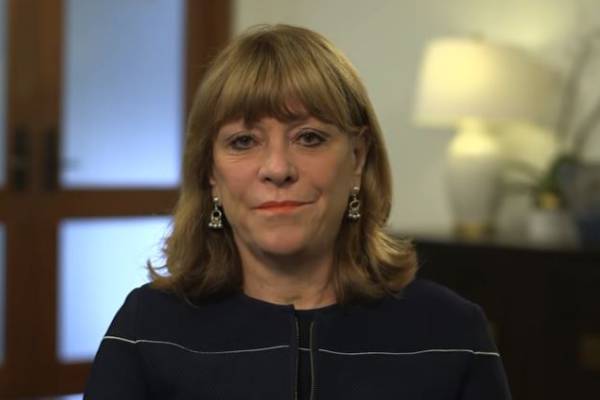 Jim Crane is best known as the chairman and owner of the MLB team, Houston Astros, and for his contribution to the Houston area. As a result, his former wife, Franci Neely, also found fame in the baseball community.

While the pair are not together anymore, people still are interested in knowing what Neely is doing now. So, let’s learn more about Jim Crane’s ex-wife, Franci Neely Crane.

Was Married To Jim Crane For More Than Two Decades

Franci Neely Crane and the Houston Astros owner, Jim Crane, were married for 21 years before they ended their marriage. The former couple had tied the knot in 1993, and after two decades together, their divorce was finalized in February 2015.

At the time of their first meeting, Franci, born Francigene Neely Beck, was an influential attorney with a law firm. The pair married not long after and lived a happy life for several years. The ex-couple did not have any kids together.

Moreover, this divorce was not the first one for Jim Crane as he had been previously married to Theresa Crane. Jim and Theresa also share two kids, Krystal Crane and Jared Crane, who might have been young during their father’s second marriage.

Also, during the lengthy custody battle between the Houston Astros chairman and his first spouse, Jim Crane’s then-wife, Franci was by his side. As per Houston Press, Neely even talked against news reporters’ presence during the court proceedings.

After the vicious battle between the Cranes, Jim won the custody of his children. And Franci, as a dutiful wife, helped her husband raise Jared and Krystal Crane Thomson in a loving environment.

Furthermore, Franci reportedly shares a close bond with both of Jim Crane’s children. And while there are no details about why Crane and Neely’s marriage ended, it is clear that the ex-pair both parted on amicable terms in 2015.

Aforementioned, Jim Crane and his ex-wife officially divorced in February 2015, and their divorce is counted among expensive divorces in the world. Throughout their marriage, Jim had earned millions of dollars and even purchased the Houston Astros for around $400 million.

Due to the million dollars that Crane had amassed over the years, the Houston Astros’ divorce was pretty expensive. As a result, many expected him to sell the team to help finance his divorce as few baseball executives like Frank McCourt and John Moores had done the same.

However, Neely and Crane’s divorce did not affect the Astros and the team’s payroll. Instead, Franci received $30 million from Jim’s personal fortune. But the number is apparently incomplete as the settlement also included interests, properties, investments, and others.

Along with millions of dollars, Franci also received the ownership of her and her ex-husband’s lavish house. The Broadacres home featuring a Moroccan-inspired patio, a swimming pool, and a summer kitchen, was one of the few properties Franci Neely retained after the divorce.

The 16,454 sq. ft house was listed for sale in 2020 and reportedly had a price tag of $18 million. It is unclear if the property has been sold yet, but looking at all she received after the divorce settlement, it is clear that Jim Crane’s ex-wife is enjoying a lavish lifestyle.

Years after their divorce, Franci Neely Crane’s ex-husband is now married to Whitney Crane and has a son, James Robert Crane II, with her. On the other hand, Franci seems to be enjoying her life to the fullest.

Franci Neely Was Involved In Law

While the amount she received after the divorce might have made her richer than before, Jim Crane’s former spouse is a hard worker herself. Franci Neely Crane reportedly graduated with honors from the University of Texas’s Auston School of Law.

Moreover, Franci worked as a business litigator for twenty years and was an attorney at Susman Godfrey L.L.P. Jim Crane’s ex-wife. Neely later became a partner at the law firm and stayed there until her retirement from law practice.

Furthermore, Neely is an art philanthropist and has been involved in the art community in Houston for years. She even co-founded the Houston Cinema Arts Society and served as the chairwoman. At present, Franci is a board member of the organization.

Jim Crane’s Ex-wife Was Featured In A Viral Video

As mentioned above, Franci Neely Crane is a well-known socialite and philanthropist in Houston, having first found fame as Jim Crane’s wife. However, she has been under public scrutiny in recent years after a video featuring her berating a family became viral.

In the video, Franci can be seen confronting a family who was conducting a photo shoot for their daughter’s birthday. At one point, Neely picks up the props, and even appears to strike in the direction of the camera. She then walked off with her dog to her car that was parked on the street.

You can see the video of the confrontation below.

The couple in the video contacted police, and the Houston prosecutors even investigated the incident. However, Neely wasn’t charged, and the case for class A assault was dropped.

After the video became viral, Neely came forward and apologized, saying that she was sorry for being upset. She asked for forgiveness through a YouTube video. And when some news site asked for her statement regarding the incident, Franci replied through email and revealed that she had also received malicious hate mail.

While Franci Neely Crane did not face any prosecution for the apparent assault, many videos of her confronting people have surfaced on the internet. It is unclear if Jim Crane’s former spouse has taken any actions regarding these other videos.

Since then, Franci Neely seems to have kept a low public profile and has not been seen in any events. Nevertheless, we hope that she is enjoying her life.