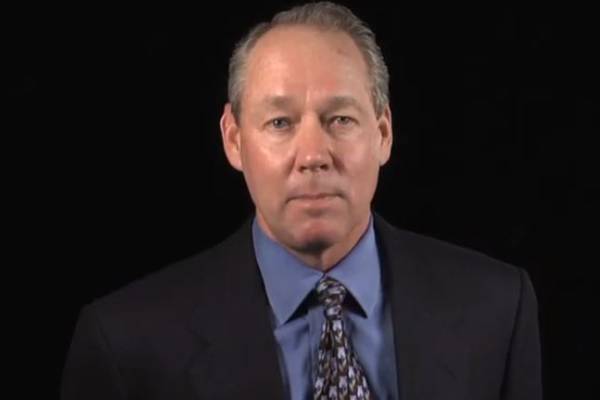 Jim Crane has been married to his wife, Whitney Crane since 2017. Image Source: Social Media.

Whitney Crane is known among the baseball community as the wife of Jim Crane, the chairman, and owner of the MLB team Houston Astros. The latter team recently earned a victory over Philadelphia Phillies in the 2022 MLB World Series. Furthermore, the Crane family is well-known in Houston, thanks to their successful business ventures and philanthropic activities in the area.

Apart from their professional achievements, the Astros fans are also eager to be familiar with the personal life of the team’s CEO, including his love life. So, here are some interesting facts about Jim Crane’s wife, Whitney Crane & see how it all began for the couple.

Got Married To Jim Crane In A Lavish Ceremony

Jim Crane and Whitney Crane might be secretive about much of their lives, but the couple did not hesitate to share a glimpse of their wedding day. The pair got married over Memorial Day weekend in 2017, surrounded by their friends and family.

As per Paper City, the Crane couple’s wedding took place in Floridian National Golf Club, owned by the business mogul. They were flanked by floral swans while exchanging their vows and surrounded by blue hydrangeas, blue delphiniums, gardenias, orchids, and white roses while sharing their first dance.

The couple had booked pop star Bruno Mars to perform while they danced as a newlywed. But a snafu prevented it from happening, and country star Clay Walker ended up singing while Whitney and Jim danced to the tunes.

Jim Crane is a billionaire so, it is no surprise that he got married in such a lavish ceremony. However, it wasn’t only the bride and groom who captured everyone’s attention on their big day. The couple’s young son was the one who stole the show.

Mother Of One And Stepmother To Two

Aforementioned, Jim and Whitney Crane are secretive about their love life but surprisingly made their wedding day public. And during their big day, the Crane couple’s son, James Robert Crane II, was at the center of the action.

It is unclear when the businessman and his spouse started dating, and the same can be said for their kid’s birth. As per the 2017 article detailing the pair’s wedding, Whitney and Jim Crane’s son was three-year-old at the time. However, a Houston Chronicle article from October 2017 states that the toddler was just two.

While there is contrasting information regarding his birthday and age, it is clear that Whitney Crane’s son, James, is loved by his parents. He also accompanies his mom to various Astros games supporting the team.

Moreover, while young James is the only kid of Whitney Crane, born Whitney Wheeler, her husband had already welcomed two children from his first marriage.

Whitney Crane’s husband, Jim, was married to Theresa Crane before he became a business mogul. The former pair has a son, Jared Crane, and a daughter Krystal Crane together. After their divorce, Jim’s ex-wife retained custody of their kids until 2000.

But, Crane sued for custody, and the legal battle turned nasty. Finally, the ex-pair came to an agreement, and the Crane siblings now have a good relationship with their parents.

At the time of the custody battle, the Houston Astros chairman was married to his second wife, Franci Neely Crane.

As the beloved partner of a billionaire, Whitney Crane can have everything that she wants. She turns up in the Houston Astros game donning Valentino Rockstud heels, expensive jewelry, and carrying a custom Judith Lieber handbag.

So, it comes as no surprise that her birthday is a day of celebration for the Crane and Astros family. Well, in 2019, Jim Crane’s wife was treated to a flamingo-themed party with a musical performance from the popular rapper Ludacris.

The party was attended by Crane’s friends, family, and the Houston Astros players and executives. Moreover, Whitney Crane’s parents Robert Kreb and Lynn Miller were also seen celebrating their daughter.

Looking at the pictures of the birthday party and their wedding, it is clear that Whitney and Jim Crane love to celebrate any special occasion.

We hope the couple continues to enjoy their time together and open up more about their life in the coming days.