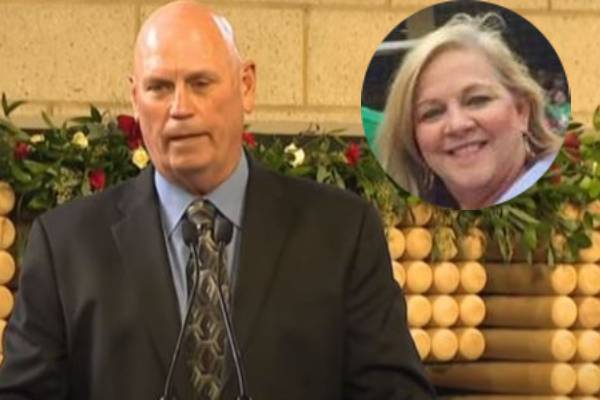 Brian is also the doting father of two kids, whom he shares with his long-time wife. Thus, in this article, let’s learn in detail about Brian Snitker’s wife, Ronnie Snitker, and their marital life.

Have Been Married For Several Years

The successful baseball manager is happily married to Ronnie Snitker. Brian met her on a blind date which was set up by his roommate and the former big league outfielder, Cito Gaston. Although they had very less in common, the adorable duo hit it off and began dating.

In an interview, Brian Snitker mentioned that Ronnie wanted to kick him out after living together for a couple of years, but then he married her. However, the couple has not revealed when they tied the knot. Nevertheless, their marriage is still going strong.

Furthermore, Brian cherishes the support of his wife and mother, Katherine Snitker. He has talked about how grateful he is to have his mom and wife, who are supportive of him and his career, in his life.

Is The Doting Mother Of Two Kids

As mentioned earlier, Brian Snitker and his wife Ronnie, aka Veronica Snitker, have been married for a long time now. And the married duo became the doting parents of two kids, a son and a daughter in their marriage.

Brian Snitker’s wife gave birth to their son, Troy Snitker, on December 5, 1988. Furthermore, Ronnie’s daughter is Erin Snitker, whose birth details have not been revealed yet. Erin is a mother herself and has twin boys, Jude Goodman and Luke Goodman. She also has another child, whose information is yet to be revealed.

According to MLB, Brian and his spouse sold their home in the spring of 2016 and lived in their daughter’s basement. There they alternately helped out Erin with her newborn twins. Ronnie became a full-time grandmom to her twin grandsons.

On the other hand, Ronnie Snitker’s son, Troy, is a baseball player like his dad. He began playing baseball as a kid and started his professional career after the Atlanta Braves drafted him in the 19th round and signed him on June 10, 2011. However, Snitker is no longer playing professionally.

Furthermore, Troy began his coaching career as the graduate assistant coach under the University of North Georgia head baseball coach Tom Cantrell. He is currently coaching for the Houston Astros.

In the summer of 1993, Brian Snitker’s spouse, Ronnie, was diagnosed with breast cancer. The diagnosis came only two weeks after the baseball coach’s dad died of a massive heart attack. In an interview with USA Today, Ronnie’s husband mentioned that these series of events put many things in perspective for him.

Brian understood the fact that one should enjoy every day as tomorrow is never guaranteed after facing such sad events back to back.

Moreover, the couple did not reveal much about Ronnie’s disease and treatment. But in October 2019, Ronnie and Brian’s son, Troy, revealed that his mom is a cancer survivor.

Worked As A Speech Pathologist

According to SI, Brian Snitker’s wife, Ronnie Snitker, worked as a speech pathologist at an elementary school when they first met. She had earned a graduate degree from Georgia State University in speech pathology and audiology. The article also mentioned that she was a vegetarian.

Ronnie might have retired from her profession, and as mentioned earlier, she was a full-time grandmom to her twin grandsons in 2016. She might have earned significantly during her time at the job.

Although Brian has reached the significant height of success, his spouse is far from the media limelight. Ronnie has not posted much on her Facebook page as well.

Nevertheless, Ronnie might be living a wonderful life with her husband, kids, and grandkids. We hope to learn more about Brian Snitker’s partner in the coming days.