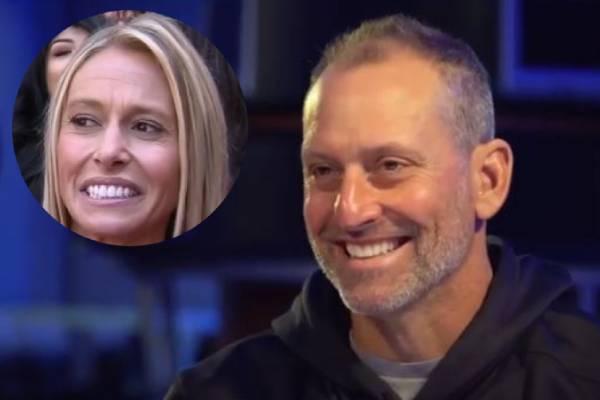 Torey Lovullo and Kristen Lovullo have been married since 2009. Image Source: Social Media.

Torey Lovullo is a professional baseball manager for the Arizona Diamondbacks of Major League Baseball. Over his coaching and managing career, he has worked for different teams. Not only that, but he has also played for several teams as a professional player.

All thanks to his exemplary playing and managing career, Torey has gained significant fame and earned a fortune to his name. As a result of the fame, his personal life has been a topic of interest to several people who keep track of the baseball.

In this article, let’s learn some interesting facts about Torey Lovullo’s wife, Kristen Lovullo, and their marital life.

The famous baseball manager, Torey Lovullo, shares a blissful marital life with Kristen Burwell, also known as Kristen Lovullo. The lovely pair met for the first time while Torey was managing his first season in Buffalo Bisons. At that time, Kristen worked in Bison’s front office, which was just upstairs from his office.

The couple shortly dated and tied the knot in 2009. Since then, their marriage has grown more robust, and they both love each other deeply. Furthermore, in their more than a decade of togetherness, Kristen and Torey welcomed a son, Connor Lovullo, aka Connor Burwell.

Despite the fame and recognition, the pair have managed to keep a low profile in public, and because of that, they have not revealed much information about their son, Connor Burwell as well. Nevertheless, the Burwell-Lovullo family might be living a wonderful life.

Her Husband Had A Failed Marriage

While Torey’s professional career was a massive success, his personal life had numerous ups and downs. Before tying the knot with Kristen, he was married to Lynn Tobey Goldfield. However, it is not known when the ex-pair tied the knot.

Furthermore, the former couple has not even revealed when and why they got separated.

Kristen Burwell’s husband, Torey, has two kids with his first wife, Lynn. His first child with Lynn, Nick Lovullo, was born Nicholas Lovullo on December 1, 1993. Their second child is a daughter named Taylor Lovullo. Well, Kristen has a great relationship with both of her stepchildren.

As mentioned, Torey Lovullo’s wife, Kristen Lovullo, used to work at the front office of Buffalo Bison. That was when she met her now-husband. However, due to her private nature, it is unclear if she’s still working for the Bison or if she has changed the profession.

Furthermore, Kristen is supportive of her husband’s profession. In one interview, she explained that she is excited about her husband’s new job.

Well, due to her private nature, it is unclear if Kristen Burwell currently works for any organization. It is possible that after her marriage to Torey, Kristen left her job and became a full-time mom and housewife. Nevertheless, she might be doing great in any field that she is involved in.

In June 2018, Torey’s wife, Kristen, accused a priest of inappropriate behavior towards her when she was 9 to 12 years old. According to her, the Rev. Dennis A. Fronczak repeatedly fondled her while she attended St. Stephen parish school on Grand Island.

Kristen accused him of calling her over, making her sit on his lap, slipping his hands underneath her skirt, and running them up to her legs. She added that it was not a one-time thing; instead, it used to happen often. She spoke with The Buffalo News regarding the issue after publishing an article about the pastor’s sudden removal from Our Lady Pompeii Church in Lancaster in 2015.

Hopefully, the case was settled, and the victim got the justice they deserved.

As of now, Kristen lives a private life away from the media and the spotlight. Torey’s partner does not have any social media pages like her husband.

Nevertheless, we hope that Torey Lovullo’s wife is living a great life, and we get to know more about her in the future.