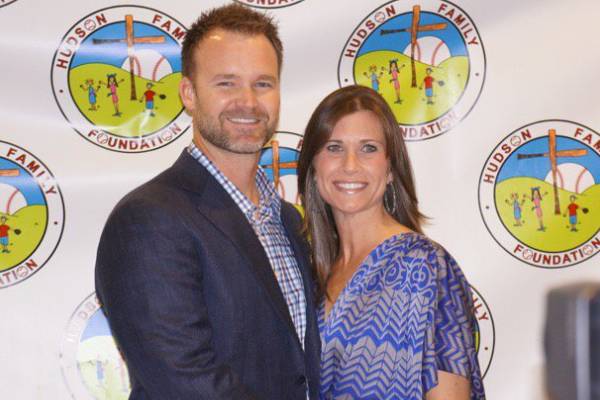 David Ross, aka David Wade Ross, is a former professional baseball catcher from America. Currently working as the manager of the Chicago Cubs of Major League Baseball, Ross has gained immense fame and fortune from his career.

Because of the significant fame that David has gained, he has been in the limelight for so long, and people are curious to learn about his personal life, especially his love life. In this article, let’s learn in detail about David Ross’s ex-wife, Hyla Ross, and find out why the couple broke up.

Were Married For More Than A Decade

The former professional baseball catcher, David Ross, was married to Hyla Ross. The duo had met in high school and began dating then. The high school sweethearts had gotten engaged in the fall of 2001. The couple tied the knot in February 2005.

In their 15 years of togetherness, David and his former spouse, Hyla, welcomed three kids, two daughters, and a son.

Is The Doting Mother Of Three

As mentioned earlier, David Ross and his ex-wife welcomed three kids in their 15 years of marriage. She gave birth to their first daughter, Landri Ross, in 2007. Two years later, on May 1, 2009,  their son, Cole Ross, was born.

David Ross’s former wife gave birth to their second daughter, Harper Lynn Ross, on August 26, 2015. Harper was delivered two months before the due date after Hyla suffered a partial abruption.

David’s ex-wife and daughter were both in danger. Fortunately, the baby was delivered safely after a successful C-section.

The doctors kept Hyla’s daughter, Harper, in the neonatal intensive care unit and released her a month later. The family of five was having a great time, and the kids were growing up together.

As mentioned earlier, David Ross and Hyla Ross were married for 15 years. And in those 15 years of togetherness, they became the doting parents of three kids. However, their marriage could not last long. The couple got divorced, and the primary reason behind their separation was David’s baseball career.

The couple started having trouble in their marriage after Hyla’s husband remained occupied with his baseball responsibilities. Although he had retired to give some time for his family, he again got busy with his responsibilities as a baseball manager, an ESPN gig, as well as the Dancing with the Stars appearance.

Soon, the Ross couple started having complications in their marriage, and Hyla and David got divorced in early 2020. They might have settled on a certain amount as alimonies following the divorce, but no details about payments have been released yet.

Furthermore, as per their divorce settlement, David Ross’s ex-wife was handed over the responsibilities of their three kids, and he was allowed to visit them once in a while. Nevertheless, the separated pair seems to be working together to co-parent their son and daughters.

Hyla Ross’s Ex-Partner Has Moved On

Following the divorce, Hyla Ross’s ex-husband moved on in his life and began dating the famous actress Torrey DeVitto. They might have met after David’s divorce, and the couple is yet to disclose further information about their relationship.

Just like him, Hyla might also have moved on in her life and is probably living a great life. Nevertheless, the separated couple seems to have a good relationship and are raising their kids with mutual understanding.