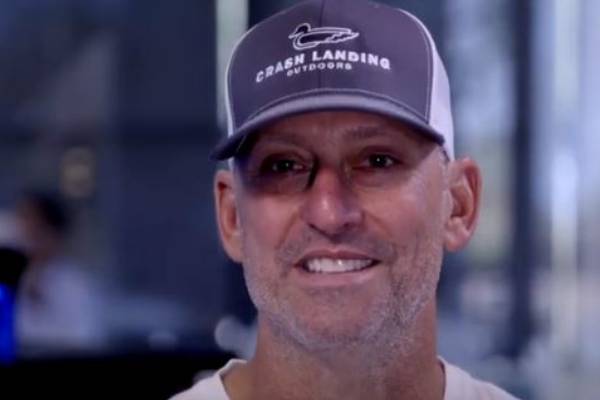 Torey Lovullo is a successful professional baseball manager who currently manages the Arizona Diamondbacks of Major League Baseball. In addition, the renowned baseball manager is the doting father of three kids, two of whom are from his first marriage, and one is from his second marriage.

People who follow baseball and the Diamondbacks are curious to learn about Torey’s personal details. Thus, in this article, let’s learn in detail about Torey Lovullo’s kids and how they are growing up.

Nick Lovullo, aka Nicholas Lovullo, is the eldest child of Torey Lovullo and his first wife, Lynn Tobey Goldfield. It is unclear when the couple got married and subsequently divorced, but we do know that they share two kids.

Torey Luvollo’s son, Nick, followed in his footsteps and began playing hockey at a young age. He played baseball at Newbury Park HS. Moreover, while studying at the College of the Holy Cross, Nick played in several domestic baseball tournaments.

However, Luvollo did not get the recognition he expected at the national level.

On the 2012 MLB June Amateur Draft, Toronto Blue Jays drafted Nick in the 38th round. After playing with Toronto for three years, he joined the Boston Red Sox in 2015.

Unfortunately, because of the COVID pandemic, the baseball games were suspended. And Nick was one of the minor league players who was released. He joined the Miami Marlins in May 2021 but was again released in July.

Soon after, Torey’s son signed an agreement with the Kane County Cougars.

Nick Lovullo Is In A Relationship

The talented baseball player Nick is currently dating Taryn Thrift. He has posted a number of pictures of them together. The couple began dating in June 2020 and are deeply in love with each other.

Furthermore, Nick Lovullo’s girlfriend, Taryn is often seen attending his baseball games. And it can’t be wrong to say that the pair might have bonded due to their shared love for the game.

Furthermore, the duo is not shy about showing their love for each other via social media pages. Let’s hope fans get to hear some good news regarding the lovely couple.

Taylor Lovullo is the second child and only daughter of Torey Lovullo and his former wife, Lynn Tobey Goldfield. Unlike her brother, Taylor seems to be private and has not revealed much about her personal life.

Furthermore, looking at her posts, Taylor seems to be a travel enthusiast and has visited several countries. She might be living a blissful life and doing great for herself.

After his marriage with Lynn ended, Torey tied the knot to Kristen Lovullo, aka Kristen Burwell, in 2009. As of 2021, it has been 12 years since they got married, and the duo has welcomed a handsome son, Connor Lovullo, together.

According to his Instagram description, Torey’s son, Connor Burwell, is a student at Northern Arizona University. Unlike his half-brother Nick, he is a bit private and lives his life away from media attention.

Torey Lovullo’s kids have grown up and seem to be doing great in their life. Nonetheless, here’s hoping they all find success in their respective lives.

The name Nick has a Greek origin, and it means Victory Of The People.

The name Taylor has an English origin, and it means One Who Tailors Clothes.

The name Connor has an Irish origin, and it means Descendent of Hound, Desire.