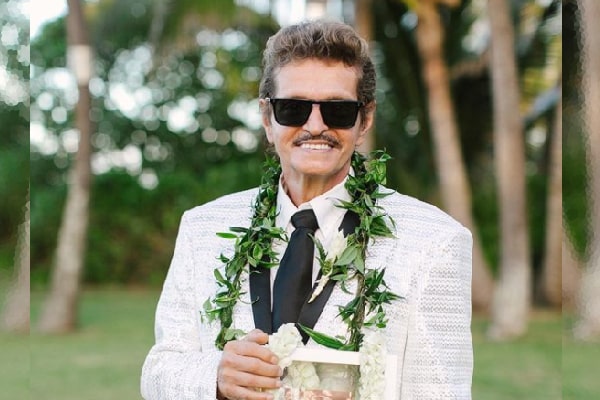 If you are here, you must recognize Bruno Mars and know about his journey and contributions to different musical genres. Well, the ten times Grammy Award winner’s professional career as a musician is thriving, but his personal life became complicated when he lost his mother to a brain aneurysm in 2013.

Born to Peter Hernandez and Bernadette Hernandez in 1985, he was heavily influenced by his percussionist father. Mars also maintains an amicable relationship with his father even today.

Therefore, here, we shall talk about Bruno Mar’s father, Peter Hernandez, the man who inspired the name ‘Bruno.’ Thus, behold to get your mind blown by Peter, who might as well take the coolest father’s award.

Bruno Mars’ father is as talented as he is, perhaps even more. The half Puerto Rican and half Ashkenazi Jewish is from Brooklyn, New York. During an interview, Mars revealed that his father was a Latin percussionist.

Peter Hernandez Sr., born and raised in New York and grew up surrounded by musical influences much like his son. Moreover, it was in New York itself where his fascination for doo-wop grew.

Mars’ daddy said that his childhood was like a movie growing up musically in Brooklyn during an interview. He added, “I lived West Side Story without the dancing.”

Although born and raised in New York, Hernandez’s fondness for Hawaii grew along with his love for Elvis Presley. Thus, he moved to Hawaii at age 25 and discovered people with very little knowledge and appreciation for doo-wop music.

As a result, Bruno Mars’ father, Peter Hernandez’s journey as a doo-wop artist, and his quest to introduce Hawaii’s people began.

Peter also formed the Love Notes, a doo-wop revival group that consisted of 18 on stage, not including those behind the scenes. Moreover, Hernandez credits much of the group’s success to Al Harrington and Tom Moffatt.

Currently, the group no longer performs regularly but entertains at special events.

Therefore, Bruno Mars’ Papi returned to Hawaii to work on some isle projects. The Latin percussionist had a significant impact on his son’s musical career as well.

Similarly, Hernandez is also working on a book named From Brooklyn to Mars: The Rise of Bruno Mars. The book details the Hernandez family history.

The Hawaiian artist Peter did not just work hard to build a career but also started a beautiful family with his ex-wife, Bernadette San Pedro Bayot.

As stated earlier, Bruno Mars’ dad was a phenomenal artist who worked hard to stand where he is today. Despite the hard work he put into his career, he bestowed similar energy to raise his family.

Peter Hernandez met his ex-wife, Bernadette, while performing in a show. P.S. Bruno Mars’ mother was a hula dancer, and his father played percussion at the time.

There isn’t much detail about the former Hernandez couple’s relationship details, but the spark between the two led the pair to walk down the aisle and start a family.

As stated earlier, both Bruno Mars’ parents were involved in a musical career. Therefore, it wasn’t a surprise that Bruno followed in their footsteps.

Unfortunately, after several years of marriage and six children, Bruno Mars’ parents ended up divorcing. Although they parted ways, the former couple always made sure their kids knew they were loved.

Bruno Mars’ father somehow convinced the delivery doctor to allow the room’s lights to be dimmed low like a nightclub, while his choice doo-wop songs played on a tape recorder.

Hence, Bruno was literally born into a world of doo-wop on October 8, 1985. Unfortunately, Bruno lost his mother, Bernadette, on June 1, 2013, at The Queens Medical Center.

Bruno was heartbroken by the loss but continued with his career nevertheless. After a few days, on June 7, 2013, the singer wrote about his mother’s loss via social media.

Bruno Mars’ father, Peter Hernandez, continues to visit his daughters and appears on their social media every once in a while. Therefore, it wouldn’t be a ruse to say Peter is a family man and loves his grandchildren as much as he loves his babies.

Hopefully, we might as well get to read Peter’s memoir very soon.