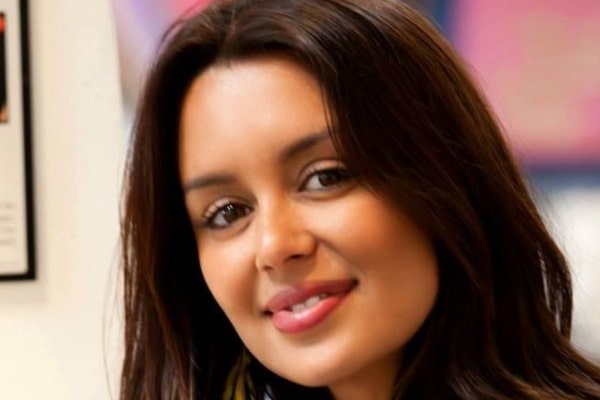 Member of the Hawaiian-based girl band The Lylas, Jaime Kailani is the second eldest in the Hernandez household. From the very beginning, the parents of the singer-producer helped her in polishing her skills.

The mother of two is also one of Bruno Mars’ sisters. The gifted artist is more than just being linked to the 11-times Grammy Award winner. Below, let us discuss the 7 interesting facts about Jaime Kailani to know her better.

Peter Hernandez Not Her Real Father

Both of Jaime Kailani’s parents were also gifted artists. The 37-year-old’s father, Peter Hernandez, was a percussionist for Cecilio & Kapono and Love & Money. Kailani’s mother, Bernadette San Pedro Bayot, on the other hand, was a hula dancer.

Apparently, the pop singer is Bernadette’s daughter from her previous relationship with Christopher Bayot. Information regarding the Latin dance instructor’s love life with the hula dancer is minimal. Despite that, the percussionist legally adopted her and raised her in a loving family environment.

Bruno Mars’ sister is still close with her biological father and often spends time together.

The Hawaiian native has two brothers and three sisters, and everyone is a gem of their own. Aside from the 24K Magic singer, her other brother is Eric Hernandez, a.k.a E-Panda. Endorsed by many major music institutions, the modern drummer was a former LAPD officer.

Mom, could you be the most beautiful girl in the world? Duh! Of course! I love you! ❤ pic.twitter.com/kqctUw7Eqh

While the Hernandez brothers are enjoying their time in LA, Jaime Kailani’s sisters are all based in Hawaii and are blooming with the Aloha culture. Tiara Hernandez is Oahu’s hottest surfer and a music teacher with her own festival. Tahiti Hernandez is a mother of four and fitness instructor married to Big-Wave surfer, i.e., Billy Kemper. The youngest, Presley Hernandez, is also a singer and married to Hawaiian rapper and US Navy Vet Kealoha Mahone.

All of the siblings have their own signature traits, only the passion for music and dancing being their focal point.

Member Of A Girl Band

Bruno Mars and his brother E-Panda may have gone their separate ways, but as for their sisters, they formed a girl band. Jaime Kailani, along with her sisters, formed “The Lylas,” which is an acronym for love you like a sister.

The sisters would make a couple of hits which landed them in the X Factor as special guests. Presented below are some of their hits:

Bruno Mars’ sisters would also have their reality TV show with the same name. The show aired in 2013 that focused on independent women leaving their homes and even adored ones to pursue their passion for singing.

The 4 Mama Earth is an organization that focuses on better change with the power of nature, art, and music. Founded in 2007 by Jaime Kailani, the organization has excelled in many communities spanning over 40 countries.

Working previously as a booking manager for her brother, Bruno helped her form a good relationship with various venues. This then helped Jaime establish her own organization. The mother of two expresses –

“I want to give people fun and easy opportunities to experience how GOOD it feels to give.”

The organization has also worked on many fundraising events to empower children to make better changes in their community. In 2009, Bruno Mars’ sister hosted a launch party in Santa Monica, California, to raise money for Nourish the Children and Shine on Sierra Leone.

Bruno Mars’ elder sister is a happily married woman. Information regarding Jaime Kailani’s marriage with her husband Jesse Johnson remains private as the pair are private. The Mama Earth founder’s marriage with Jesse might have happened ages ago since their firstborn has already enrolled in university.

Me and Jess in Vegas

Jaime Kailani’s husband Jesse Johnson is a tall, handsome dude and a father of two who is not active on social media. Judging by his looks, he seems to be of Latin origin and a Hawaiian native.

While we do not know much about Jaime Kailani’s partner, we can see him on her social media enjoying & spending time with the family.

Jaime’s second son is Jamieson Johnson, also called Jaimo, who has curly and black hair inherited from his mother. Jaimo enjoys spending time with his family and is also a soccer player for LA Galaxy Southbay.

The Do-Gooder’s current worth is still under review, but according to multiple sources, it is estimated to be in millions. The 37-year-old is not known to surround herself with luxury despite living in Los Angeles. As for her sibling, Bruno’s net worth is estimated to be $175 million.

With all that said, we can assume Bruno Mars’ sister Jaime Kailani’s net worth is great and she is an overall good human being trying to make the world a better place. We wish the very best to this beautiful soul and her family to live happily and continue with her act of kindness.