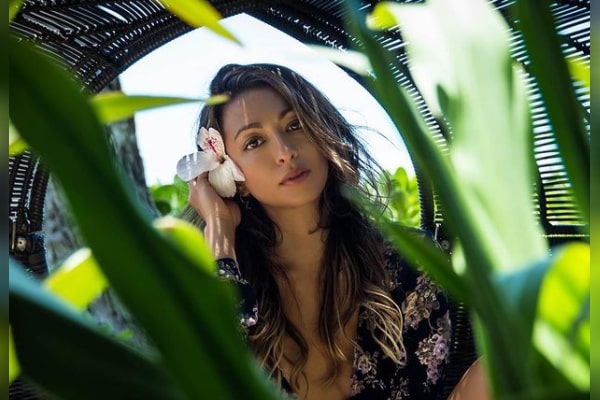 If you are a huge fan of Bruno Mars, then the name Tiara Bella Hernandez might sound familiar. The 36-year-old is the sister of the 11-times Grammy Award Winner and is a native from Hawaii.

The islands of Hawaii are rich in their culture and are always welcoming tourists. On the other hand, Bruno Mars’ sister Tiara Hernandez has completely devoted herself to the Hawaiin culture.

Below let’s look into the Hawaii loving Tiara’s personal life and interests to understand her better.

Surrounded By Dance & Music From The Very Beginning

Born on the 26th of September, 1984, Tiara Hernandez is the secondborn of Peter Hernandez and Bernadette San Pedro Bayot. Tiara’s father was a percussionist for Love & Money and Cecilio & Kapono, and her mother a hula dancer.

From the get-go, Bruno Mars’s sister, along with her other siblings, was introduced to the Aloha culture of dancing and singing. As a result, all the Hernandez household children would flourish in the career of music and dance.

The Surfer Has 5 Talented Siblings

Aside from the Just The Way You Are singer, Tiara Hernandez has four other siblings. The eldest in the family, Eric Hernandez, is a modern drummer who has featured with his brother and some other talented artists.

The percussionist’s daughter not only has two brothers but is also blessed with three other sisters. Tahiti Hernandez and Presley Hernandez are her own blood, while Jaime Kailani is her half-sister. However, according to New York Daily News, Jaime is actually Tahiti’s cousin and was later adopted into the Hernandez family.

All the other siblings are married and have their own family with wonderful sons and daughters, apart from Tiara and her brother Bruno Mars. Plus, it is still not sure whether Tiara even has got any boyfriend/partner or not.

Tiara And Her Sisters Had A TV Reality Show

Unlike her brothers, Tiara Hernandez enjoys being herself by staying away from the media attention and the glamors. But there is one instance where the beautiful Hernandez sisters had their own reality TV show called “The Lylas.”

Lylas, which stands for Love You Like A Sister, aired in 2013 and lasted for a season. It revolves around Tiara and her sister’s singing talent as it portrayed independent women leaving their homes to pursue their love for music.

The Oahu native is never far from home. The 36-year-old always has time for surfing, though seen busy with her other projects. The talented surfer goes out to catch the wave once every day. If you don’t believe it, you can go through her social media.

As a result of surfing every day, Bruno Mars’ sister flaunts a tanned and toned body, making her look fit with a typical beach bod. The surfer also spent her recent birthday surfing with her friends, only taking breaks for eating.

The Lylas star and her friends have successfully caught party waves together, which is a tough thing to pull off. She also makes her own custom surfboards.

Tiara Bella Hernandez might always be surfing, but she always has time for her students. The drummer’s sister is a music teacher who is known for teaching the Hawaiin culture through her music.

The childhood memories of performing with her family are the main inspiration of the sister of four’s passion for singing. As a teacher, she believes there is a deeper connection between music and memory.

Bruno Mars’ Sister Has Her Own Festival

As the heading tells, Tiara Hernandez has her own music and performing art festival called Kekichella. The festival aims to keep the culture alive as the annually held festival indulges in Hawaiian customs and norms.

It is also a platform where the surfer’s student showcase their talents. It is a perfect event to keep the younger generation intact to the island’s culture. Tiara and the team even collaborated with her fellow friend, surfer, and teacher, Tammy Moniz, for “I Love Hawaii,” which is the festival’s theme.

The Kekichella festival is full of piano and singing, hula dancing, and Siva Afi, a traditional Hawaiian fire knife dance.

Bruno Mars’ sister Tiara Hernandez is a talented surfer, a teacher, and a good cook of Hawaiian cuisine. Similar to her passion for music, she credits her childhood for her interest in cooking.

The Kekichella owner has also appeared in a couple of cooking shows, most recently on Cooking Hawaiian Style, where she showcased her cooking knowledge. Tiara even made her family favorite Lee Kum Kee Loco Moco which looks very complicated to make.

The regular face of the north shore of Oahu is also seen performing small gigs with her niece and nephews. The surfer is happy with how things are and plays a crucial role in keeping the Aloha culture alive and rich.

The talented singer is busy with her work for Hawaii, but we hope to see her settle soon like her other siblings. Tiara Hernandez may have gathered attention for being Bruno Mars’ sister, but she is a Hawaiin idol loved by everyone.