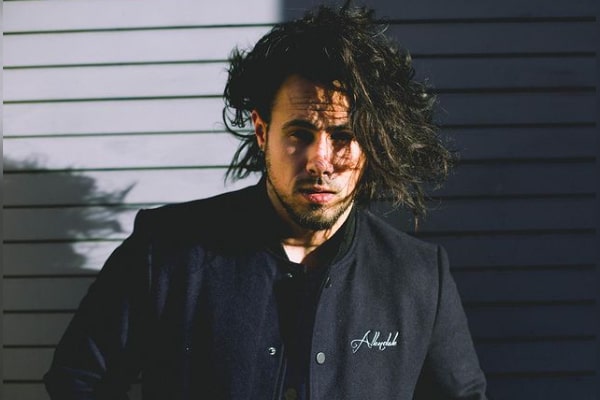 If you have watched the 2013’s TV reality show “The Lylas,” then the name Presley Hernandez might sound familiar. The 30-year-old singer and producer is also one of Bruno Mars‘ sisters.

Growing up in Hawaii to a musically influenced family, it is not a coincidence for the 30-year-old to fall in love with someone similar. Married to Hawaiian Kealoha Mahone, let us venture into who he is and his love life with Presley Hernandez.

Kealoha And Presley, Happily Married Since 2016

Kealoha Mahone and his wife Presley were long-time lovers before tying the knot on the 10th of October, 2016. The Hawaiian natives also have two beautiful daughters and are currently situated in Honolulu, Hawaii.

The father of two also keeps a good and engaging relationship with his wife’s sisters. Alongside Tiara Hernandez, Tahiti Hernandez, and Jaime Kailani, Mahone is seen working out together.

The former Marine Corp is also not shy in expressing his gratitude towards the Hernandez family on his social media.

As mentioned above, the Honolulu resident shares two gorgeous baby girls with his wife. His eldest daughter is named Selah Bernadette Mahone, named after Presley Hernandez’s mother, Bernadette San Pedro Bayot. The 4-year-old was born sometime around May 2016, a couple of months before the pair got married.

The Nick Jonas look-alike welcomed the second born with his wife on October 19, 2017. Named Kaia Kathleen Anelamaikalani, her name seems to be related to the Hawaiian culture.

Both Presley Hernandez, who now goes by Presley Mahone, and her husband do not often hesitate to show their young ones on their social media.

The son of a hula dancer, Kealoha Mahone is a former member of the US Marine Corps and is also a proud veteran. Presley Hernandez’s partner was active during 2003 in the invasion of Iraq.

Still grateful for the lessons he learned during his service, the US vet, after leaving the army, transitioned into a lot of things. The Marine still remains active by staying fit and healthy.

You can see the Iraq veteran training with light weights and focused muscle movements on his social media.

Unlike his father-in-law, Peter Hernandez, who is a percussionist, the ex-marine would become a rapper. His free-flowing style represented most of the underground Hawaiian rap scenario.

The rapper did freestyle most of the time, only producing a couple of originals. His general flow is similar to mid-2000s rap which focused on lyrics rather than the music and beat.

Although surrounded by musical talents like Bruno Mars and his elder brother Eric Hernandez, the free-flowing rapper is yet to feature with them.

The #MOAMK is a docu-series with three episodes uploaded on the rapper’s YouTube channel, Kealoha Mahone Music. Mind Of A Mix Kid is basically based on the Hawaiian rapper’s music career, which covers a bit of the underground hip-hop schemes of Hawaii.

Check out the “Malachi” promo vid and make sure you subscribe to my youtube channel! This is just a taste of things to…

The three-episode docu-series that released in 2014 looks into the Hawaiian’s new projects and has a total run time of roughly 15 minutes.

Previously Had An Eight-Year-Old Dreads

It took eight years for Presley Hernandez’s husband to grow his dreadlocks. The dreads got him attention and worked as his overall look as a person who enjoys the spirit of freedom and the rasta culture.

Only on October end, the father of two had his first haircut after 8 years and got rid of the dreads. He still has got a full-sleeve Polynesian tribal tattoo related to his Hawaiian culture.

Currently, Presley Hernandez’s baby father is enjoying life with his family and has gained more popularity by dating her. Nevertheless, the Straight Outta Hawaii rapper has always been a talented personality who even served the country.

With all that said, we wish our very best to the Mahone family for the days to come and their future endeavors.