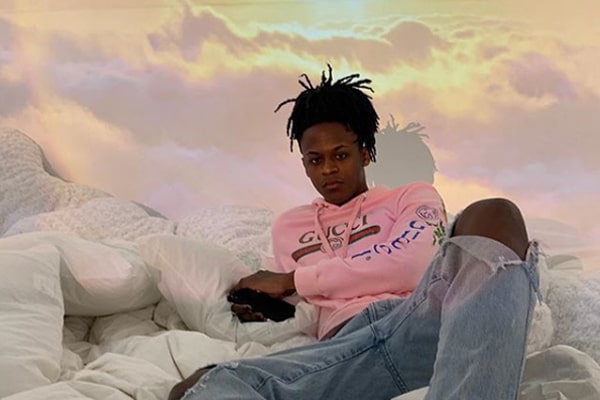 The legendary Shaquille O’Neal has enthralled the world with his godly basketball career and his deadly humor. His ex-wife, Shaunie O’Neal, is not less than him as she matches his energy. The couple married in 2002 but separated in 2009, citing irreconcilable differences.

However, the former pair welcomed four legends, and a few of them are creating magic like Shareef O’Neal is making his way to the basketball, and Myles O’Neal is creating wonders with his music. Today, we will be chatting about the Hall of Famer, Shaq’s ex-wife, Shaunie O’Neal’s son, Myles O’Neal. Get ready!

It might be astounding to many to know that Myles O’Neal is not Shaq’s biological son but Shaunie’s son from her previous relationship. Before the television personality, Shaunie married the Hall of Famer, Shaquille O’Neal; he was called Myles Nelson.

As of now, Myles’ full name is Myles Baptiste O’Neal or Myles B. O’Neal. Although Shaq is not the biological father, he accepted Shaunie’s son as his own. Myles shares a lot of throwback pictures of them.

Furthermore, Myles’ Instagram clearly shows that he shares the same wittiness as the dominant player, Shaq. Although not related blood-wise, they share a spiritual connection and seems to have a strong bond. Myles is also equally close to his mother, Shaunie.

O’Neal’s ex-wife never ceases to wish her son, Myles, who was born on May 8, 1997, in Los Angeles, California. Shaunie revealed that her eldest is brutally honest, wildly fashionable, intelligent, and laid back.

Mood when Ernie, Kenny, Chuck and Shaq are back tonight

Shaunie O’Neal‘s son, Myles O’Neal, is notably very close to his half-siblings. He constantly uploads photos and videos of them together. Furthermore, Myles never ceases to congratulate on their achievements and birthdays.

Myles is proud of his young ones, although Shareef has exceeded his height of 6’3″ while Shaqir is on his way. Let’s hope the sibling bond remains intact for many years to come.

Career Away From The Basketball Court

As Shaquille O’Neal’s son, Myles’ career could naturally blow him towards the court, but for some godly reason, he is diverted towards the fashion and entertainment world.

In an interview with Coveteur, Shaunie O’Neal’s son revealed that his fashion sense sparked when he witnessed Pharrell‘s wild fashion while leaving the Beverly Hills Hotel. Thus, the son of one of the greatest and the most dominant players in NBA history, Myles O’Neal started to carve his journey as a fashion model.

Furthermore, Myles has impressive followers on his social media like Instagram, garnering 225k followers. He shares his style philosophy via different social platforms and shows his interests in brands like V.Lone, Gucci, Supreme, Chanel, etc. The charming guy is steadily growing in his career and is making his parents proud of his achievements.

Stars In His Mother’s Show

Besides being a fashion man, Shaq’s kid is also an entertainer. It’s in the gene, we guess! According to IMDb, Myles studied acting at Santa Monica College for several years before he hit the screen in the 2016 season of ‘Shaunie’s Home Court’ alongside his siblings.

In an episode, Myles brought a few clothes for his mother, Shaunie, but she was aghast by the bold choice and taken aback when she saw the pipe. Besides Shaunie’s show, he has appeared in Shaq Life, The Hills: New Beginnings, and Basketball wives.

Ditched Basketball But Shares Interest In DJing With Shaq

We all are used to Shaq’s rap and his uncanny media presence. Alike is in the case of his son, Myles. Unlike other O’Neal kids, Myles chose music and fashion as his career and is continuously working for it.

Myles’s single, ‘Run It Back’ is out on Soundcloud, which made a massive success for its boastful lyrics. Although O’Neal diverted his career from the basketball court, he is still the one to watch as he shares an interest in DJing with his father.

Papa Shaq has shared a kitchen concert video and has amazed the world with the O’Neal parent-children bond. Shaq is a selective person when it comes to his social media, but his Instagram handles are one of our personal favorites as he blesses us with the goofy family moments.