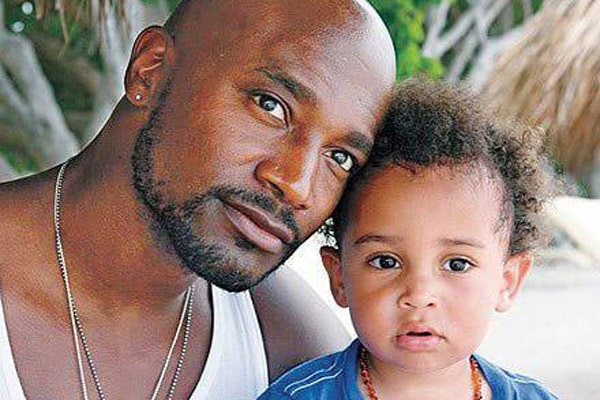 The former couple Taye Diggs and Idina Menzel are the famous figures of the American Entertainment Industry. Taye is popular for his role as Harper Stewart in the 1999 American romantic comedy-drama ‘The Best Man‘ and as Inspector Terry in the TV series ‘Murder in the first.’ Similarly, his ex-wife is also an American actress, singer, and songwriter. She is best known for the movies ‘Wicked‘ as Elphaba and Queen Elsa in Disney’s hit musical film ‘Frozen.’

The two award-winning personalities, Taye and Idina, stayed in a marital bond for ten long years. During their relationship, the ex-partners gave birth to a son named Walker Nathaniel Diggs.

Here, get to know Taye Digg and Idina Menzel’s son, Walker, via these seven fascinating facts.

Only Child Of Taye And Idina Together

As mentioned earlier, Taye and Idina were together as husband and wife for ten long years. The estranged pair met for the first time while in RENT on Broadway in 1995. They began dating since then, followed by marriage in 2003. But, they could not protect their alliance for long. As a result, Taye and Idina separated in 2013 and divorced later in 2014.

During the togetherness of Taye and Idina, they welcomed their son, Walker Nathaniel, on 2 September 2009. He became the only child of the past lovers, Idina and Taye, before their split-up.

After the official separation, Idina and Taye shared the custody of their son, Walker. However, he is seen with his father, Taye, most of the time.

Does Not Want His Dad To Date

The eleven years old son of Taye, Walker does not want his father to enter into a romantic relationship. He and his dad have a very close father-son bond. Also, Walker is worried that if his pops begin dating, it will take their precious time together.

On the other hand, Diggs confirmed to a magazine that his son is still number one in his life to date. However, he feels his son, Walker, must be ready to adapt to the changes in his life. It hints that Walker’s celebrity dad is planning to be in a romantic relationship.

His Dad Is An Author

Besides being an award-winning Hollywood actor, Walker Nathaniel’s father, Taye Diggs, is also an author of children’s books. He wrote many books for children, including Chocolate Me, I Love You More Than, and Mixed Me, in 2015.

In a talk show, Walker’s multi-talented dad Taye told the anchors that his son is the inspiration behind the book ‘Mixed Me.’

During the show, he also proudly showed his tattoo of his son, Walker’s name.

Does Not Care About Frozen Movie

Almost every kid around the world are crazy for Frozen, all except for its leading lady Idina Menzel’s son, Walker Nathaniel.

During an interview, Idina notified the public that her little boy, Walker does not care about Frozen. When he was in kindergarten and wanted some help from girls, he used to say that his mom’s in Frozen, and he could get them an autograph. But later, Walker used to tell his mom to shut up in their car and did not let her sing.

Wants To Carve His Path

Most of the kids of celebrities follow the same path that their parents take, all the way to stardom. However, the case is different with Taye Diggs’ son, Walker. He wants to carve his path in another field outside the Film Industry.

Walker has a great passion for the sports field. At such a young age, he is a fantastic athlete. Walker enjoys playing basketball. And when he is not involved in it, he usually tosses the football around. But, that does not mean Walker does not like acting. He enjoys both worlds, Sports, and Acting.

In the end, time will tell what career path Walker chooses in his near future, but his parents will undoubtedly be proud of him.

His Mother’s Marriage With Another Man

After separation from Taye Diggs, Walker’s mom, Idina, started dating actor Aaron Lohr. They began to show up together in public on various occasions, including the White House Correspondents’ Association Dinner in April 2015. The love-birds even bought a home in Encino, Los Angeles, CA, in August 2015.

Later, on 23 September 2016, Menzel announced to the public about her engagement with Aaron via her social networking site. After some months, again, she shared a photo of her wedding ceremony with Aaron on 22 September 2017 on her Instagram. She revealed through the same post that her father and son helped her to walk down the aisle.

Reasons Behind The Divorce Of His Parents

As mentioned earlier, Walker’s parents, Taye and Idina, split in 2013. Later the former couples surprised their die-hard fans by quietly and quickly filing for and finalizing their divorce in 2014.

Neither of the American Entertainment personalities, Idina and Taye, gave the specific reason for their separation. Their disunion is one of the cleanest and friendliest of all time, which left their followers with nothing but queries.

Some days before Walker’s mom and dad announced their choice to separate, Idina refused to glorify their marriage. It was the hint there were some cracks in the foundation of their relationship. Moreover, Walker’s dad also left some divorce breadcrumbs during various interviews.

Furthermore, Diggs was allegedly spotted getting perky with a sexy brunette who was not his spouse while partying at Emerson nightclub. Also, many media alleged Diggs of less-than-faithful behavior before breaking up with Menzel.

There might be various causes for Walker’s parents’ divorce. Since both Idina and Taye have not addressed all those allegations, they’ll forever remain unconfirmed rumors. The real reasons for their separation are still a mystery.

The boy name Walker’s meaning is a fuller of cloths.