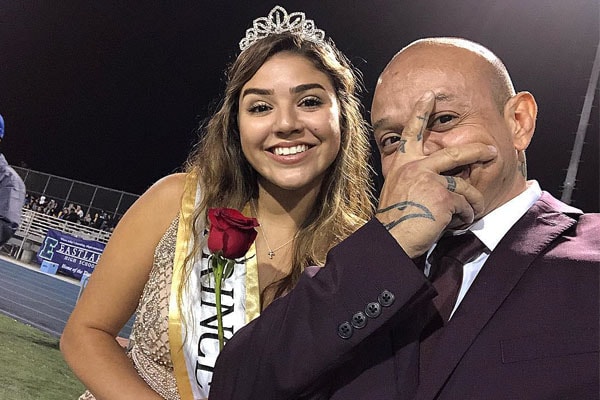 The American professional wrestler, Rey Mysterio’s daughter, Aalya Gutiérrez was born in the year 2001. The WWE wrestler Gutiérrez and his wife, Angie are also proud parents of the eldest son and the firstborn of the family, Dominic Gutiérrez.

The parents of Aalya Gutiérrez, Mysterio and Angie, walked down the aisle in an auspicious ceremony in the year 1996. The couple shares an amazing bond despite being together for over 21 years.

Rey Mysterio’s second born child and only daughter, Aalyah, finds her father as a role model not just for her but thousands of kids worldwide. Likewise, Aalyah admires her father and shares an intimate bond with Rey Mysterio and her family. Furthermore, the famous wrestler, Mysterio, describes the relationship between Aalyah and him more than just father-type connection, but strong friendship.

The strong Rey with an intimidating personality shows the next side of himself when he is with his daughter, Aalyah. The proud father of two kids is not reluctant to flaunt his love for the children in public and often posts pictures of beautiful Aalyah and him together.

Happy Fathers Day to the worlds greatest dad and greatest magician ! I love you more than words can express❤❤❤

The stunning Aalyah is pampered and showered with luxurious and expensive gifts from her parents. Parents, Rey Mysterio, and Angie Gutierrez gifted the 17-year-old beauty a lavish Range Rover as a present on May 2017. The family of four love enjoying time together and bonding between the family is admirable.

The 17-year-old Rey Mysterio’s daughter, Aalyah, is in a relationship with AJ Hernandez, a Senior at Eastlake High School in Chula Vista, CA. The young lovebirds often visit public locations together including AJ’s football game, their homecoming, Pumpkin Patch, public beaches, and so on. The couple is not hesitant to showcase their blossoming love for one another in the public. Furthermore, the soulmates, Aalyah and AJ, were even crowned the Homecoming King and Queen together in the year 2018.