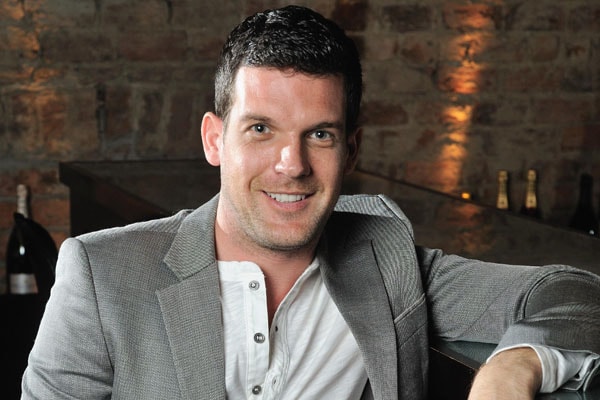 Adam Sinclair, a Scottish movie and television actor, is the father of his two children. His children are named Hamish Sinclair and Robert Quinn Sinclair. Adam had his two children together with his wife Michelle Kath. Michelle and Adam exchanged their wedding vows back in 2004 and the adorable couple is together ever since.

Adam met his loving wife, Michelle Kath while working on the set of To End All Wars in Hawaii. Adam Sinclair’s wife Michelle is the stepdaughter of actor Kiefer Sutherland and is the daughter of Terry Kath.

The Children Of Actor Adam Sinclair Are Away From Media Limelight

It seems quite obvious that Adam Sinclair’s children enjoy a low key life. Even being born as a celebrity kid, Hamish and Robert are never noticed by paparazzi. Looks like the two brothers might be driving their attention on their education rather than being in the limelight.

Adam is without a doubt one of the popular actors around the globe. He had starred in the TV series Mile High and has appeared in supporting roles in movies like Van Wilder 2: The Rise Of Taj. However, he has never shared his limelight with his two sons. In the coming days, we might see more of Adam Sinclair’s children. The Scottish actor currently lives near Venice Beach, California along with his wife, Michelle and two sons.

The fan-favorite Scottish actor didn’t let his children, Hamish and Robert watch his movie titled Ecstasy. According to The Sun, Adam told:

“Ecstasy is a teenager movie — not for a younger audience. My kids haven’t seen much of my work because a lot of what I do is quite colorful. My oldest boy is just starting to understand what I do for a living.”

Truly, Adam doesn’t want his kids to get influenced after watching his movie. As of 2019, Adam’s eldest son, Hamish is 14 years old and the youngest one, Quinn is 8 years old.

Hamish Sinclair: Hamish is a male given name of Scottish origin that provides the meaning of “supplanter.”

Robert Quinn Sinclair: Robert is a masculine name derived from Germanic name elements, Hrodebert which gives the meaning of “bright fame.” Whereas Quinn is a universal name of Irish origin that provides the meaning of “descendant of Conn.”