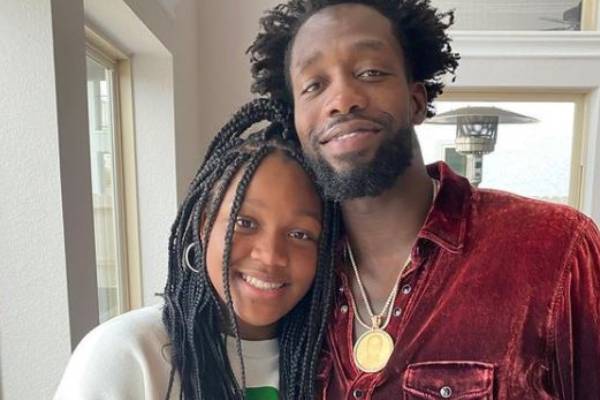 Adlaia Beverley is the beautiful daughter of NBA star Patrick Beverley. She is growing up with her siblings and parents. At such a young age, she has already gained immense fame as Patrick Beverley’s daughter.

Therefore, here is everything about Adlaia Beverley and her whereabouts.

Growing up, Patrick Beverley did not have his own father around him, and he missed out on so many father-child moments. Because of that sad experience, his kids are now his foremost priority.

There are reports that the LA Clippers point guard is the doting father of two children. However, according to the 2019 article on Bleacher Report, he has four children, two sons and two daughters.

However, information about her other siblings has not been revealed yet. Furthermore, Adlaia’s dad posted a picture of her and her two brothers and a sister in the pool. The Beverley siblings might have a great bond and are undoubtedly enjoying their childhood.

Unfortunately, we do not know who Adlaia’s mom is. But, we can assume that both of her parents might be on great terms. Furthermore, they might be taking turns to look after her and her brothers and sister.

Well, we might not know much about the little one, but apparently, Patrick Beverley’s daughter is just like her father. As per The Sports Rush, Adlaia has a passion for basketball similar to her dad and also has the same instinct to stand up for herself.

Adlaia Beverley’s dad released a few of the text messages between the pair which showed that the apple doesn’t fall far from the tree. Well, we hope the little one keeps up with it and continues to showcase her personality.

Patrick Left Behind His Children To Compete Abroad

As one of the three Americans on a team with eight Ukrainians, Patrick moved to Ukraine. But he had to leave his children in LA. In addition, Adlaia’s grandmom, Lisa Beverley, had also moved with her dad to Ukraine.

After his stay in Ukraine for few years, Adlaia Beverley’s dad moved back to LA and reunited with them.

Is Named After Her Grandmother’s Ex-Partner

As stated above, Adlaia Beverley’s grandmom, Lisa, raised her kids as a single mom. Over time she dated few guys, and they all were drug dealers. One of her boyfriends was Adlai “Dexter” Hood, whom she dated for four years. He was the one who helped Lisa raise Patrick.

Sadly, Dexter was shot eight times and killed in his car. And since he was a significant part of his life, Patrick named his oldest daughter Adlaia in his memory.

Thus, Beverley’s daughter, Adlaia, has a legacy of someone who helped raise the NBA player.

Adlaia Beverley’s dad, Patrick Beverley, is a well-known professional basketball player. He currently plays for the Los Angeles Clippers of the National Basketball Association. Beverley has played for several teams like BC Dnipro, Olympiacos Piraeus, Spartak St. Petersburg, and many others in his basketball career.

As mentioned earlier, Patrick currently plays for Los Angeles Clippers, and before that, he had played for Houston Rockets. From the contracts and the career earning, he has amassed immense fame and fortune to his name. Similarly, he has also gained victory in several tournaments and championship titles.

The success that Patrick has achieved might inspire his daughter to follow in her dad’s footsteps. Patrick Beverley’s daughter, Adlaia Beverley, might become a successful basketball player like her dad in the future. In addition, Patrick might also pass on tips and tricks that he has learned to his daughter.

Nevertheless, we can hope that she has a bright future ahead.

Despite the fame that Patrick has gained, he seems to be private regarding his personal life. Due to this, he has not revealed much about his children.

Nevertheless, Patrick Beverley’s daughter, Adlaia Beverley, might be having a great time growing up. She might be doing great away from the media and the spotlight. Here’s to hoping to get to know more about her in the future.

The name Adlaia is the female name version of the name “Adlai,” which has a Hebrew origin, and it means “God Is Just.”