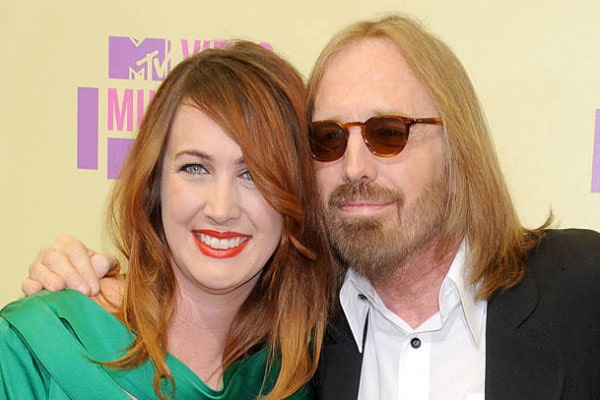 Thomas Earl Petty aka Tom Petty was an American singer-songwriter as well as an actor. He was previously married to Jane Ann Benyo from 1974 to 1996 and, at that time, the lovely couple became parents of two daughters together, Adria Petty and Kimberly Violette Petty.

Unfortunately, the singer/actor passed away on October 2nd, 2017, but at the time of passing, he was sharing his marital life with Dana York. Tom and Dana have a son together named Dylan Petty.

Tom Petty’s daughter Adria Petty was born on November 28, 1974. As we all know, she is a director by profession best known for Money Shot, Coldplay, and Suffocate. Her directorial debut came from the documentary film Paris, Not France. She directs not only movies but also music videos and Tv Commercials. Adria also directed the song Bad Case sang by Lukas Nelson & Promise of the Real, which we can find on the YouTube channel of Lukas himself.

Furthermore, Tom Petty’s daughter Adria Petty started off her directorial career by graduating from Tisch School of the Arts. Later she worked as an assistant to well-known directors Penny Marshall, Jonathan Demme, and Jonathan Stack. Well, her claim to fame came when she collaborated with artist Anna Gabriel and musician Howie Statland for a site-specific installation at New York’s modern art gallery PS1.

After her successful collaboration, she went on to direct videos for famous singers like Beyonce, Rihanna, Coldplay, and many more, making her one the most celebrated video artists.

Adria Petty’s net worth has not been revealed to the public yet, but we can just assume that her fortune must be enormous. Knowing that her name had been associated with such reputed people in the show business, we can just assume that her wealth must be of thousands of dollars. As for her late father, Tom Petty’s net worth was estimated at $95 million during the time of his death.

Moreover, Adria lives a comfortable life with her husband and a daughter Everly Petty. Adria Petty’s husband, Charley Drayton, is an American multi-instrumentalist. He has performed with well-established personalities like Keith Richards, Paul Simon, Johnny Cash, and many more.

Adria and her husband Charley welcomed their first child, a daughter named Everly, in 2014. Since then, Adria is focused on being a good mother. She says her daughter gives her hope and a chance of being a better person. Little daughter Everly loves cuddling with mama Adria. After the sad departure of her father Tom, she says her daughter and her husband were the only ones who helped her move on. She also said that her daughter was lucky enough to know her father, and the time they spent together was more magical than anything she ever witnessed.

In addition to that, Adria Petty’s daughter loves spending time with her mother, and the duo usually ends up traveling. Little Everly loves getting dress like a princess, and her favorite comic book character is Wonder Woman. Her mother, Adria, takes her to watch Wonder Woman whenever it’s screening on the nearby theater. Her dad, too, joins in whenever he can, and the family of three spends some much-needed break from their busy schedule.

After the unfortunate departure of Tom Petty, his second wife became the trustee of his trust. According to an article published by Rolling Stone, the late musician’s daughter Adrian and Annakim sued Dana for a whopping $5 million. They claimed that Dana had deprived them of their rightful role in determining how Tom’s works are to be released.

Furthermore, as mentioned above, after the passing of Tom, his wife became the sole trustee of his trust but the terms of the trust entitled his daughters to be equal participants. Due to this term, his daughters had the majority vote which gave them full control over how Tom’s catalog was to exploit.

Later Dana filed a petition seeking to put Tom’s catalog in the hands of a professional manager. She argued that Adria was erratic & abusive and was making things difficult to conduct business. On the other hand, Adria too filed a separate probate petition in order to claim full control over her father’s estate. The new lawsuit was filed by her attorney Alex Weingarten. However, Dana’s attorney Adam Streisand issued a statement calling the lawsuit to be destructive nonsense.

Since Tom’s death, his two albums have seen the light of day, both of which involved a conflict between his widow and two daughters.