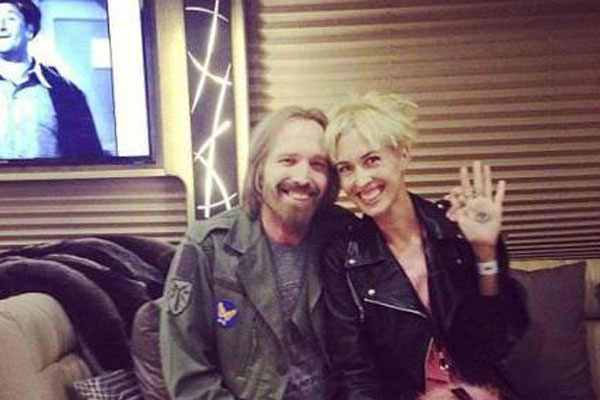 Tom Petty‘s daughter Kimberly Violette Petty aka AnnaKim Violette was born in 1982. Tom had Kim with his ex-wife Jane Benyo. The gorgeous Kimberly is the second child of her parents. She has one older sister, Adria Petty who is a director and has one step-sibling, Dylan Petty from his current wife Dana York.

AnnaKim is very much passionate about fashion. She loves to play with objects, colors, scent. Her outlandish dress is so glamorous and people see it as art.

In an interview, Petty also stated that an individual’s fashion choice should be like music, which should help bring the world together. Anakim’s hardship toward work makes it clear that she does not like to follow the crowd when it comes to fashion or art.

Tom Petty’s Daughters And Wife Dana Having A Legal Battle

Tom Petty’s daughters Annakim and Adria filed suit against his widow Dana, as a struggle continued for control of the late singer-songwriter’s catalog. But as per BillBoard, Dana Petty’s trustee said that her late husband’s daughters from his previous marriage, Adria Petty and Annakim Violette, made nearly impossible for her to manage the estate as ordered.

As both of them have equal rights but, Tom’s elder daughter Adria seem to wanted to be part of decisions on ‘ marketing, promotional and artistic consideration.’

Annakim Violette Was Heartbroken After Her Father’s Demise

Tom Petty’s younger daughter Annakim was very close to him. She often used to upload photos of the father-daughter duo having fun. After Tom Petty’s death, Annakim turned her Instagram page into a memorial of her father, posting personal photos and other images from Tom’s legendary career.

She also revealed that the members of The Heartbreakers were at the hospital with their family. AnnaKim also thanked her father fans for their support.

Besides her professional career, she loves to travel to different places as she doesn’t consider herself from one part of the world. Also, she believes that there are a few individuals who can connect, in spite of having different personal experiences.

Alongside being an artist, Annakim even wrote a blog that has the title ‘glass net’. She also has appeared in a short film called ‘Dual’ and even produced a movie titled ‘Garden of Eden‘, which was written by Rachel Kolar and directed by Maximilla Lucas.

The Kimberly name meaning is from the English origin of ‘from the wood ‘.