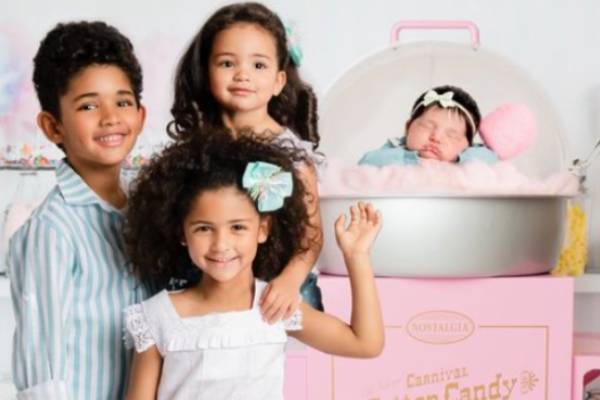 Born Alfred Joel Horford Reynoso, Al Horford is one of the most famous professional basketball players of Dominican nationality. He is currently playing for the popular NBA team, Boston Celtics. Since starting his professional playing career in 2007, Horford has made a big name for himself in the league. Also, he is a five-time NBA All-Star and is the highest-paid Latin-American basketball player.

Now let’s talk about the talented player’s personal life and family members. He has been happily married to Amelia Vega since 2011. In addition, he is a doting dad to his four kids. If you are curious about how all of Al Horford’s children are growing up, keep reading this article.

Their Parents Met In Boston

The professional NBA player and his wife, Amelia, exchanged their wedding vows on 24 December 2011 in Santo Domingo. However, the pair first met in Boston during the Latin Pride Awards in the late 2000s and dated for about two years before tying the knot.

Additionally, Al Horford’s wife is the 2003 Miss Universe. Amelia was just eighteen years old when she won the pageant. She is also an actress, author, and singer.

Also Read: Find Out How Dylan Dreyer’s Children Are Growing Up

The NBA player and his wife have effortlessly balanced their demanding career and raising their four adorable children. The kids are still small but already have Instagram accounts to their names. However, they are kept in private mode at the present. So, it’s likely that Horford siblings will post more content when they become older.

But, the little ones frequently appear on their mom’s IG posts. Al Horford’s son, Ean, isn’t camera shy and is photogenic. His daughters are also not less than their brother and look angelic. In most of Amelia’s posts, her kids look like child models posing for some brands. Since Vega is a model herself, could she have taught her babies how to pose?

Furthermore, Al Horford’s children tag along with their father to his basketball matches. So it seems they are already fond of the sport. So, will we see them becoming NBA players in the future?

However, the kids might develop an interest in other fields and wish to pursue their careers in different areas. Whatever they want or choose, the Horford-Vega pair will support them wholeheartedly. Also, with Al Horford’s net worth being $60 million, and his wife, Amelia’s fortune of $1 million, their children must be enjoying a comfortable lifestyle.

Nonetheless, Al Horford’s children are growing well, surrounded by his and his partner’s love and care. We wish Horford’s son and daughters good health and happiness in the upcoming days.

Ean is a name of Scottish origin that means God is Gracious. Al Horford’s daughter, Alia’s name is a Hebrew name derived from Aliyah, which means Rising.

The name Ava has several possible origins, including German, Latin, Persian, and Hebrew. The meaning of the name is Lively and Birdlike person. Finally, Nova is a name given to a baby girl. It has a Latin origin meaning New, Fresh, and Original.