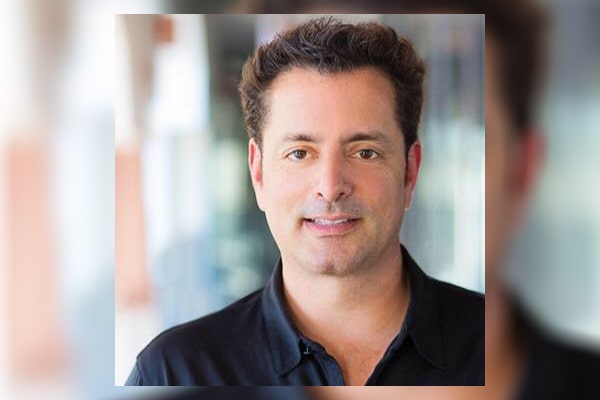 Alan Richard Michaels, aka Al Michaels, is an American sportscaster at NBC. He served ABC Sports for nearly three decades and is known for calling play-by-play of National Football League games. Furthermore, he is also famous for calls in other sports, including the earthquake interrupted Game of the 1989 World Series.

Al Michaels has been working with NBC since 2006 and has hit another milestone. Besides being an accomplished sportscaster, Al Michaels is a doting father of two children with wife, Linda Anne Stamaton. Therefore, here is everything you need to know about Al Michaels’ son, Steven Michaels.

Like father Al Michaels, his son, Steven Michaels, has managed to make a name for himself in the entertainment industry. Although Al works as a sportscaster, his kid is a successful television producer who has more than ninety credits on IMDb.

Born to Al Michaels and Linda Anne, Steven Michaels has produced several critically acclaimed movies, series, and television documentaries. Al Michaels’ son, Steven, has been working as a producer since the early 90s. Since then, he has produced several series including It Feels Evil, Nate & Jeremiah by Design, To Rome for Love, Bossip on WEtv, Case Closed with AJ Benza, Codependent, Big Fish Texas, etc.

Furthermore, Steven has also worked on tv series documentaries like Gangsters: America’s Most Evil, The Kennedy Files, 30 for 30, 10 Things You Don’t Know About, Origins: The Journey of Humankind, Breakthrough, In Ice Cold Blood, etc.

Aforementioned, Al Michaels’ son, Steven Michaels, set up a production home called Asylum Entertainment Group in 2003. Steven serves as the CEO of the company and has produced several remarkable tv-shows and documentaries.

However, Steven had sold his production company to Legendary in 2014. He has bought the company as a sole owner and has launched a new company, The Content Group.

Along with the new launch, Al Michaels’ son, Steven, serves as CEO, former Asylum executive, Ryann Lauckner as president, and longtime partner in Asylum, Jonathan Koch as the chief strategic advisor. Similarly, for The Content Group, Steven hired veteran producer, Jodi Flynn to tap along Lauckner as the president.

Furthermore, according to Deadline, Ben Salter is launching a production company, 72 Steps Media, in partnership with Steve Michaels’ Entertainment Group.

Founded in 2003, Asylum Entertainment has created a right name in the market, including slates like The Kennedys for Reelz, Peabody Award-winning 30 for 30, National Geographic’s Breakthrough, etc.

Oldest Son In The Family

Enchanted by sports, Al Michaels paved his path as a sportscaster since 1964 and is still actively pursuing his passion. Besides his eternal love for his work, he married his longtime partner, Linda Anne Stamaton, on August 27, 1966. The pair welcomed two adorable kids, Steven Michaels, being the oldest.

Steven, aka Steve, did not grow alone as he had a little sister, Jennifer Michaels, to have fun with. The sibling duo shares a good bond and almost a similar career field. Although there isn’t much about Steven Michaels’ childhood, it was full of excitement and fun.

Since Al Michaels’ son, Steve, is on ‘business-mode’ most of the time, his social media handles are mostly related to his works. He has shared very few pictures of himself, and his timeline is full of upcoming projects or announcements.

However, according to the LA Times, Steve Michaels’ wife, Sheri, welcomed their first kid, Kaitlyn, in 2003, but there is no clue of their existence on his Facebook page. Guess he wants his family away from the media scrutiny as he might have witnessed it.

The name Steven is of Greek origin, which means Crown.