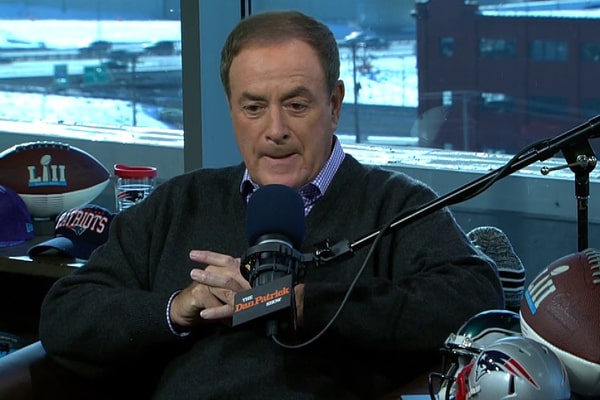 Sportscaster Al Michaels is known for his prolonged contribution to ABC’s Monday Night Football for over a decade and with NBC Sunday Night Football. He is further famous for his calls in other sports, including the Miracle on Ice and the earthquake-interrupted Game 3.

Besides having a glorious career, Alan Richard Michaels, aka Al Michaels, is blissful with wife, Linda Anne Stamaton. The couple is together since they were fifteen and have welcomed two widely successful kids since their marriage. Here’s everything you need to know about sportscaster Al Michaels’ wife, Linda Anne Stamaton. Bonus: you can use some relationship tips from the veteran couple.

Have Known One Another Since 15

Al Michaels’ wife, Linda Anne Stamaton, is a beautiful person with a pleasant personality and secretive nature. She has managed to keep her details confidential and gave out calculated information.

However, Al and Linda’s history goes back to several years as they knew one another since they were 15 years old. While talking to Sports Illustrated, Al confronted her as the luckiest piece that ‘ever came down the pike’ for him.

Furthermore, Al Michaels’ partner, Linda, worked with him for Chuck Barris on The Dating Game. According to the LA Times, Michaels helped pick the women for The Dating Game while his wife, Linda, was an assistant coordinator for The Newlywed Game.

Unfortunately, there are no accounts to show her career. However, we know that Al Michaels’ wife brought great lucks with her as the pair got married in 1966.

Married For Over Half A Century

Relationships are not built overnight but are the work of an entire lifetime. Many Chandlers or Al Michaels would make their Monicas or Linda Anne profoundly happy. Sadly, this generation is a little too harsh for heart, and thus relationships are brittle.

However, Linda Anne Stamaton and Al Michaels overcame every obstacle and are very happy with their marriage. They have been married for over half a century since August 27, 1966. Alike Al, Linda Michaels is an L.A. Kings fan and went on dates on their games.

Aforementioned, sportscaster Al Michaels’ wife, Linda Anne, came to his life at the age of 15 and is stuck beside him as long as he can remember. They hustled and worked hard for a successful future as professionals and a couple.

Since marriage, Linda and Michaels were in Hawaii, where Al Michaels called games for the University of Hawaii and Pacific Coast League’s baseball team. Luck continued to tail the couple as Linda Anne’s husband signed with ABC Sports in 1977, a decade later, their marriage.

Furthermore, when asked who knows Al Michaels better, he named his wife without a second thought and claimed her of being the love of his life. He further claimed her as the best thing to have happened to him throughout his life. Well, it is rare to find someone who would watch one grow for 54 years. Thus, Al Michaels and Linda Anne Stamaton are very fortunate in that matter.

Even today, the young couple at heart are celebrating their love and their children and grandchildren.

Moreover, the Michaels couple kept their children off the media since their childhood. Even today, Al Michaels’ spouse is on Facebook but with an empty feed.

Similarly, the Michaels couple is not just proud parents of two but fun grandparents as well. Both Steve and Jennifer welcomed kids from their long-term marriages and are great parents like Al Michaels and Linda Anne.

Let’s hope, Al Michaels’ wife, Linda Anne, is enjoying her septuagenarian and is in better health.