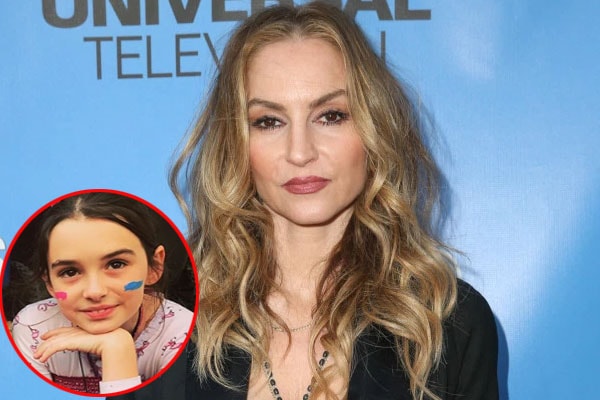 Drea de Matteo‘s daughter Alabama Gypsy Rose Jennings was born on 28th November 2007. Her father, Shooter Jennings is a rocker musician who broke off the relationship with Drea without marrying.

Alabama’s parents had dated back in 2001, but they weren’t blessed for the long-term relationship. Shooter Jennings is currently married to Misty Brooke Swain, and in case of her mom, she got engaged to bass guitarist Micahel Devin. They are having a wonderful time with each other, but they don’t share any child yet. Alabama has a younger brother named Waylon Albert Jennings who is eight years old now.

Drea de Matteo’s Daughter Alabama Is Named After A Place

It is no surprise that many couples name their children after famous stars and places. If you have visited Alabama, you will know how this place is the favorite of many people. Alabama is the favorite place of Drea de Matteo and her ex-fiance, Shooter Jennings. Though the couple hasn’t mentioned anything about their child’s name, some source has shared that the former couple named their daughter after their special place, Alabama. Her name also reflects the southern rock anthem-God Bless Alabama which was sung by Shooter Jennings.

Alabama Gypsy Likes To Spend Time With Her Brother

Alabama and her brother, Waylon are like best friends to each other. They share the same, from wearing the same dress to their favorite places to visit by. During last Christmas, they had worn a similar dress and have the same night dress which makes pretty sure that they share the same interest.

It is unusual where siblings don’t get into a fight. But things seem to be different in the case of Alabama. Even though she is the eldest, she isn’t jealous of her brother. But rather their relationship overwhelms us with a beautiful feeling that every sibling needs to have. And when it comes to the photo shoot, both are undeniably talented and good looking. We got a wonderful glimpse of Alabama with her mother. They look as if they are sisters and we don’t think many people would even call them mother-daughter.

Besides her fashionable looks,  Alabama is also a fine artist. She has shared a few of her drawings on Drea de’s Instagram account which will mesmerize you. It pretty much makes us foresee that Alabama is going to be a great artist in her upcoming future. From an early age, she is practicing her path to success. We are eager to see her having it come true.

The name Alabama is derived from the native American Creek language which denotes the tribal town. Gypsy is an English name meaning wanderer. The name rose is associated with the fragrant flower rose.