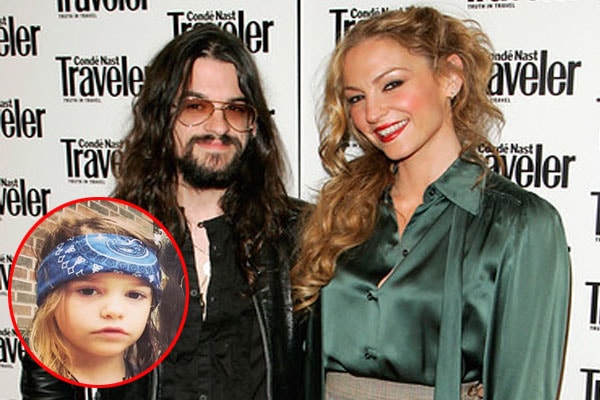 The American actress, Drea de Matteo‘s son Waylon Albert Jennings was born in April 2011. Waylon Albert’s father, Shooter Jennings is a singer-songwriter who has released seven albums and numerous episodes. His parents had dated back in 2001, but they ended their relationship without marrying. The former couple had two children together.

Waylon Albert has an elder sister named Alabama Gypsyrose Jennings who was born in November 2007. In most of the pictures, you will find them wearing the same attire. It’s almost difficult to distinguish Waylon from his sister as he also has grown a long hair.

Waylon Albert has got a cute persona which will make you want to know him more for various reason. One curious fact about him is that he has a girlish look. In most of the pictures, you will find him wearing girl-like clothes. Does he want to be like his sister or wants to be like them? We got to know this from Drea herself. Despite these things, he is lovable and shares a good time with his mother. You will be amazed by how he talks and he sounds as if he is a matured person.

Albert is the only son of Drea Matteo. It is undoubtedly certain that how he is loved dearly. From what we have witnessed so far on Drea’s Instagram, it looks like Albert likes to imitate his sister. During last year Christmas, they had the same dressing style. Both siblings seem to share a loving bond with each other.

Waylon Albert Likes To Spend Time With His Family

Drea de Matteo keeps her children high when it comes to fashion. In most of the occasion, she takes them out with amazing dressing style. Waylon Albert wears stylish clothes which will put you in awe.

There isn’t much information about Waylon Albert on social media. He has a rare glimpse with his father and it looks like after his parents’ separation, Drea Matteo won the custody of her children. Together, they look happy and blessed having each other despite their separation. However, they had shared the memorable picture together as a family, probably before they moved apart.

Waylon is an English baby name. It doesn’t have a specific meaning but it is also defined as the mythological Scandinavian Wayland that was a blacksmith with supernatural powers. The name Albert is an English name which means noble, bright.