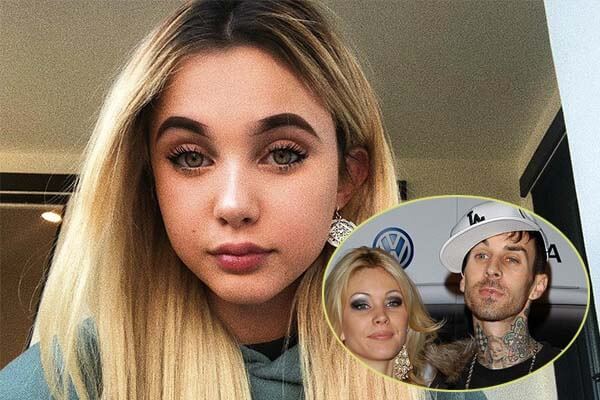 Travis Barker‘s daughter Alabama Luella Barker was born on December 24, 2005. Travis had Alabama with his ex-wife Shanna Moakler. Alabama is a YouTuber and makeup artist. She uploads makeup and Q&A videos on her channel. Her parents tied the wedding knot in 2004 and divorced in 2008.

The young and gorgeous Alabama has a brother, Landon Asher Barker, born on October 9, 2003. She lives with her parents and elder brother Landon in Riverside, California.

The attractive Alabama Luella is a star daughter of her parents. She appeared on the reality television series Meet the Barkers when she was just a couple months old.

Being the youngest child of Travis Barker and Shanna Moakler, she also quickly rose to fame with her television debut. In 2018, Alabama released her music video, Mistletoe, which has earned over 70K views as of June 2019.

Furthermore, Alabama is an Instagram sensation, where she has over 294K followers, as of June 2019. Her social media accounts are full of her cute and adorable pictures. Like her father and mother, Alabama is growing up to be a fantastic human being. She is polite, kind, and courteous to her friends and family. More than that, Alabama is a talented young girl, with a passion for makeup and wearing fashionable dresses.

As she has a lot of fans and admirers, it’s unlikely that Alabama, who turns 14 years old this year, has a boyfriend. She’s still too young to commit to a relationship on her own. For now, Alabama dedicates her days in studying at school and finishing her homework on time. Her part-time hobby, of course, includes doing makeup and Q&A sessions for her loyal fans. Undoubtedly, Alabama might pursue a career as a makeup artist or a singer.