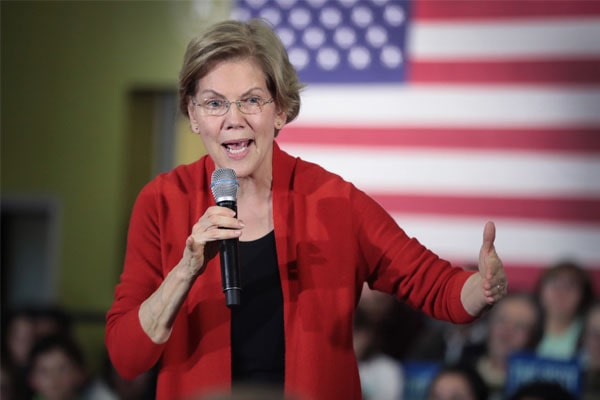 Alexander Warren is Elizabeth Warren‘s son with her ex-husband Jim Warren. He is the second child of Elizabeth, together with ex-partner Jim Warren. Alexander has an elder sister named Amelia Warren Tyagi. Alexander’s mom, Elizabeth married her second husband, Bruce Mann in 1980.

Alexander Warren is a married man and is in a marital relationship with his wife, Elise Warren. It is yet to be disclosed whether the couple has children or not. But they are uncle and aunt to his sister Amelia’s three children Octavia Tyagi, Lavinia Tyagi, and Atticus Mann Tyagi.

Alexander Warren is a computer specialist, just like his late father, Jim Warren. Well, Elizabeth co-authored with her daughter Amelia and published two bestselling books, The Two-Income Trap, and All Your Worth. And Alex was the man behind designing and handling the databases for his mother’s research. We see that Alexander and Amelia are very supportive children.

Alexander’s mother, Elizabeth Warren, is an American politician and lawyer serving as the senior United States Senator. It’s clear that Alexander and his sister Amelia is not involved in their mother’s presidential campaign. Both of Elizabeth’s children are out of the public eye. It seems like they don’t want to divert the attention of the public from their famous mother involving themselves with the campaign.

Although Elizabeth does not openly talk about her children, she sometimes shares posts on her social media. Some of Elizabeth’s Facebook posts are evident that Alex and his sister Amelia actively involve in the family functions. No matter how busy the grown up’s might be, they are always ready to have fun.

My son Alex and his wife Elise have two turkeys going – one in the oven and one that will be deep frying outside. The…

Unlike Elizabeth, who is active on social media, her children Alex and Amelia, don’t seem to have social media accounts. We hope they make one in the near future so that we could get to know them better.

Jim Warren co-founded a DNA testing company ‘FamilyTreeDNA’ in 2000. It’s one of the major vendors of genetic testing kits. He wrote one of the first computer codes in making comparisons as well. The code, known in the company called ‘Warren Project’ was mainly for Y-DNA testing. He was on the board if FamilyTree DNA with founders, Bennett Greenspan and Max Blankfeld.

Alexander’s dad and his career might have inspired him to choose a very unique and different career. So, he most probably followed his dad’s footsteps and became a computer specialist.

Accepted His Stepdad As A Second Father

Elizbeth Warren’s husband, Bruce Mann was close with her children from the start. He participated in the family activities to be close to Elizabeth and her kids. Alexander and his sister called Mann ‘Dad’ as he did it all for them.

So, in all, Alexander’s relationship with his step-dad is a fine one and he accepted his step-dad as his second father. Perhaps, Alexander visits his step-dad more often to have the same bond and connection with him.

Alexander is a name for a boy. It has a Greek origin, and it means the defender of the men.