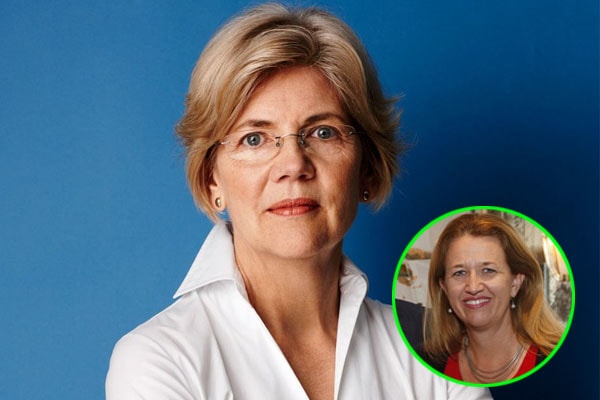 Amelia Warren Tyagi is Elizabeth Warren‘s daughter with ex-husband Jim Warren. Elizabeth is the first child of the former couple together. Amelia has a younger brother named Alexander Warren.

Amelia Warren Tyagi is the President and Co-founder of Business Talent Group. Amelia is also a writer who has written for publications like USA Today and Time on various topics like women, health care and the US economy. She has also contributed to writing for Harvard Business Review.

The mother of three Amelia has completed her BA from Brown University, and she did her MBA from the Wharton School. She has co-authored two bestselling books with her mother, Elizabeth Warren. The first book titled The Two-Income Trap was published in 2003. Her second book All Your Worth: The Ultimate Lifetime Money Plan was published in 2005.

Amelia Warren Tyagi is also associated with Demos: a liberal think tank based in the U.S.A. She serves as the board chair in the organization. Although Amelia is the daughter of the Massachusett Senator Elizabeth Warren, she is not into the limelight like her mother. She has kept herself and her family away from social media and they appear publicly on rare occasions only.

Amelia is a name for a girl. It is a mixture of the names Emilia and Amalia. Its Latin meaning is industrious and striving. It could also mean defender.
For more Entertainment,  Celebrity Babies follow eCelebrityMirror.