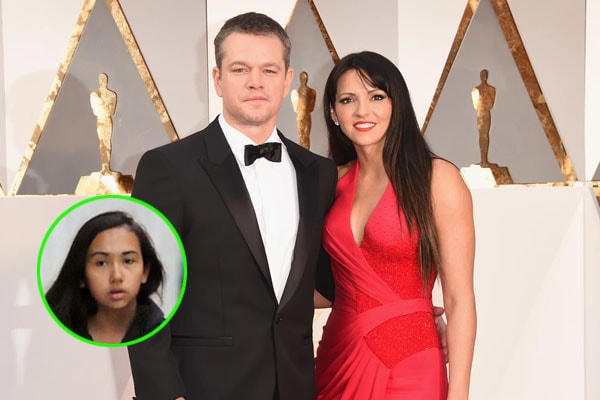 Alexia Barroso, Matt Damon‘s stepdaughter with wife Luciana Barroso, was born in 1999. Alexia is Luciana Barroso’s daughter from her previous marriage. Matt and Luciana tied the knot on December 2005. They are parents to four daughters.

Matt Damon is one lucky guy to have such beautiful girls in his life. Back in 2005, the six-year-old Alexia got to witness her parents Matt and Luciana’s wedding. Although Alexia is not Matt’s biological daughter, she has good bonding with the Ocean’s Twelve star Matt Damon.

Matt Damon’s stepdaughter Alexia is also equally close to her three little half-sisters Isabella, Gia Zavala and Stella the youngest one. The three sisters are blessed to have such a wonderful big sister whom they can share all their secrets and look up to as they grow. We can say for sure Alexis is the most lovely and caring sister anyone wish to have.

Matt and Luciana rarely make a public appearance with their children. But sometimes they can be spotted casually taking strolls with their beautiful daughters or going on a beach holiday as any regular parents would do. Their eldest one Alexia is however seen rarely with the family. Maybe it’s because she is at college now and busy with her studies.

Since the Damon couple is secretive about their children’s lives, we can assume Alexia is having a good time enjoying her personal space which her parents have made it possible for her. Although being brought up as a celebrity child, Alexia is humble and down to earth person.

Alexia is a name for a girl. It is derived from the Greek word Alexis which means defender or defender of men.