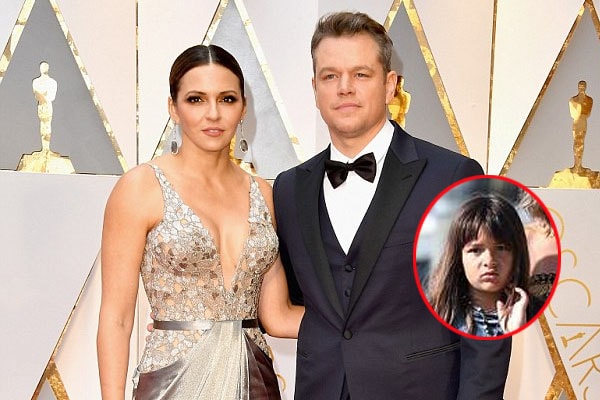 Matt Damon’s Daughter Gia Zavala Is All Grown Up

The Good Will Hunting star Matt Damon’s daughter number three Gia is not a little girl anymore. The adorable Gia has grown up to be a beautiful girl just like her sisters Alexia and Isabella. But she is still a daddy’s girl. Matt has four daughters in a row, and his wife Luciana makes five girls leaving him as the only male in the family. We guess they have entertaining times often.

The beautiful Gia gets to spend quality time with her superstar dad Matt and her pretty siblings and mother. Time and again she and her family can be spotted at different public places enjoying the time. Despite the busy schedule, Gia’s super cool dad Matt manages to take his girls to the beach stroll or for brunch and holidays too.

Matt and Luciana are one of those celebrities who are not social on the internet. Unlike other stars who are comfortable with sharing their personal life on social media, the Damon couple is hideous. But they can be seen enjoying their life to the fullest with their little ones. Well, they are not so little anymore.

Gia is an Italian name for a girl which is a short form of Gianna. It’s meaning is God’s gracious gift. Similarly, Zavala is a surname which is referred to a person who comes from Zawada.