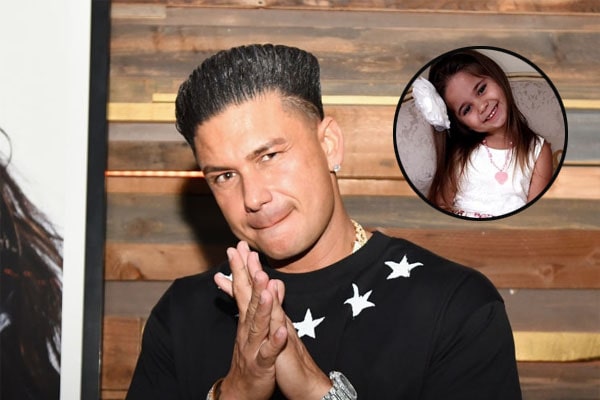 Pauly D’s baby mama Amanda gave birth to the cute Amabella when they had broken up. So it was only after a couple of months that Pauly got a chance to meet his firstborn child. And when he did, he bought several stuffed animals and toys for his newborn. $20 million Jersey Shore actor Pauly D has all the riches to please his child.

Pauly D’s Daughter Amabella Wants To Be Like Him

Despite living across the country from her dad, Amabella still has got a strong bond with Pauly. In an interview with the PEOPLE, Pauly stated that his daughter Amabella is his life, his princess, and his little mini-me. According to Pauly, his cute daughter wants to be a DJ like him, so he has got her a DJ room, and she has already started scratching records.

As stated earlier, Amabella Sophia Markert is Pauly D’s only kid, and he loves his adorable daughter a lot. He also said that he’s super protective of who he chooses to introduce to Amabelle. Plus, some of the Jersey Shore castmates haven’t met Pauly D’s daughter and wants to meet her very badly.

Amabella has got a matching toy, Lamborghini, like her father and also a Mercedes Benz G63 toy truck. But even after having all of this, the little Amabella doesn’t act spoiled.

Amabella Has Got A Lovely Relationship With Mom Amanda

The 7-year-old Amabella lives with her mother, Amanda, and the two share a lovely mother-daughter relationship. Amabella also has got an elder half-brother from her mom’s side. Her brother’s name is Mikey.

We all know that Pauly D barely uploads photos of his daughter on his social media such as Instagram and wants to keep his relationship with her secret. But on the other hand, Pauly D’s baby mama, Amanda’s social media is filled with photos of their little daughter Amabella. According to Heavy, Amanda, and Pauly D had a one-night stand in Las Vegas and that’s how little Amabelle came into the world.

However, in 2013, Pauly D said to the TMZ that Amanda was ‘100 percent’ exploiting their daughter and was using her for fame. She backfired with a series of tweets, calling out Pauly D’s failures as a parent. She also claimed that she had been taking care of her daughter on her own.

Nonetheless, over the years, she has deleted her Twitter and it apparently looks like Amabelle’s parents have reconciled enough to see each other once in a while.