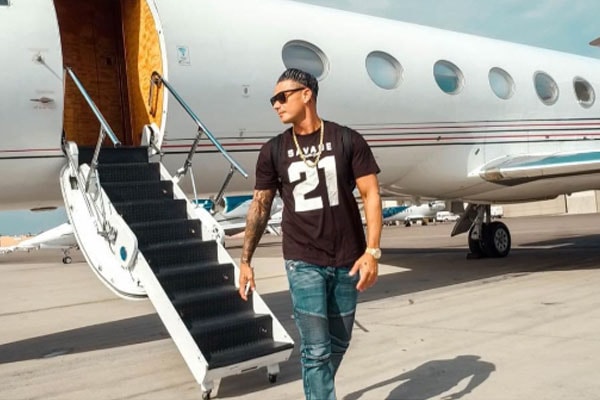 One of the Jersey Shore cast Pauly D‘s Net Worth is estimated to be $25 million. Pauly D earned most of his fortune from his career as a reality TV star, plus he is also  a professional disc jockey(DJ.)

Paul DelVecchio Jr. aka Pauly D rose to fame after he was cast for Jersey Shore back in 2009. He is also the first housemate from the show to get his spin-off. Apart from his TV career, he is also the father of a lovely girl named Amabella Sophia Markert. Pauly had his daughter with baby mama Amanda Markert.

The DJ Pauly D’s net worth is estimated at $25 million. He accumulated such massive net worth by being a cast of Jersey Shore, an American Television Series. As stated earlier, Pauly D was the first cast in 2009 which gave him not only popularity but also a lot of money. Pauly D was paid $150,000 per episode for the sixth season of Jersey Shore. According to RadarOnline, Pauly received $400,000 in signing bonuses, $150,000 for a reunion episode and $200,000 in end-of-season bonuses. All in all, it was reported that Pauly D alone made around $2.55 million from the 6th season of Jersey Shore.

After the success, he received from Jersey Shore, Pauly D got his spin-off named “The Pauly D Project.” The spin-off was focused around Pauly’s career as a DJ. We bet MTV must have paid him a lot for that too.

Earnings As a DJ

Like we said many times before, with great fame comes a huge amount of money. Jersey Shore gave Pauly D all he could have wished for. He was earning an average of $40,000 per show from private parties, and club gigs.

Apart from earning cash from TV career and DJing career, Pauly D also made a bulk of money from product endorsements. He appeared in a commercial for Kraft Miracle Whip, and we are sure Pauly must have got paid an enormous amount for that.

Pauly D also has a product named after him, “Pauly D Bottle Service.” With all that cash flowing in from different endeavors of his, no wonder Pauly D’s net worth is estimated at $25 million.

Over the years there has been a huge rise in the Net worth of Pauly D.