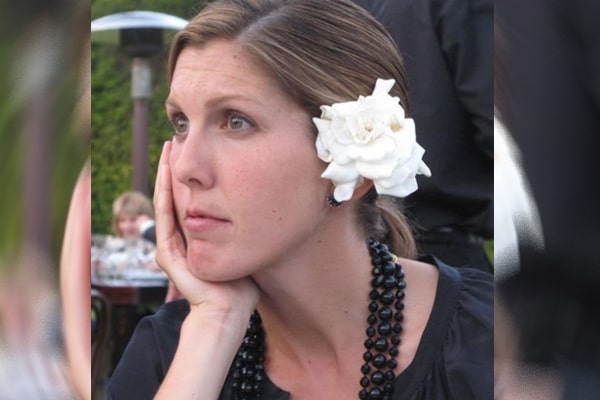 Frank Sinatra‘s daughter, Nancy Sinatra, continued her father’s legacy most beautifully. She made an astonishingly massive career in music and built a family with her late husband, Hugh Lambert.

The former Lambert couple exchanged vows in 1970 and welcomed two daughters, AJ Lambert and Amanda Lambert. The family of four dreamt of a happy life, but God seemed to have other plans. Thus, Hugh Lambert passed away in 1985, 15 years after their marriage.

Well, here we shall talk about the talented Nancy Sinatra’s daughter, Amanda Lambert, and her whereabouts. She is as gifted as her parents but somewhat decided to alter her career more creatively. Stick until the end to find out.

Aforementioned, Nancy Sinatra and Hugh Lambert were married for over a decade, from 1970 till he died of cancer in 1985. The couple welcomed two daughters, Amanda Lambert being the youngest.

Nancy welcomed her baby, Amanda, on March 17, 1976, a year after her sister, A.J. Lambert. She grew up with her parents and grandparents from her mother’s side. During an interview, Amanda revealed that her paternal grandparents lived on the East Coast, but she has fond memories with her grandparents.

When asked how Amanda’s childhood was, she described it as a rainbow. She further exclaimed that she is blessed to have a wonderful family and grateful to her parents, who made sure she stayed grounded and received a good education.

Amanda further added that she and her sister, A.J were the first college graduate in the family. She also had a great relationship with her grandparents, Frank Sinatra and Nancy Barbato.

Well, it is very scarcely known that Amanda’s granddad, Frank was a great art enthusiast. Thus, he also helped her with several unique techniques and practical ethics for an artist, like taking pride in your work, clean your paintbrushes, and taking care of your materials. As a result, she is now a professional photographer and artist.

As of now, Amanda is an accomplished visual artist and photographer herself. She further revealed that her love for visual art began in elementary school. Although the entire Sinatra family is more inclined to performing arts, she, on the other hand, is shy.

Nancy Sinatra’s daughter, Amanda, further recalled her first paint set and told her that she always knew she wanted to go to this route and have her own studio. As a result, she studied fine arts, focusing on painting and photography. She also studied art history.

Well, Frank’s granddaughter and Nancy’s baby girl, Amanda, also celebrated the intimate pre-opening dinner of the photography exhibition of The Sinatra Collection at Hilton/Asmus Contemporary to talk about Frank.

Thanks to Amanda’s interest in archiving the hundreds of photographs in the Sinatra Enterprise collection, the exhibition was possible. While talking in an interview, she expressed the willingness to know about the picture at one point. Thus, there were pictures the world never knew existed.

Amanda also acts as manager and archivist of her grandfather’s photo collection since 2002. According to CCM, she further revealed that Frank taught her to use her first camera at age seven or eight. She also shared her photography interest with her choreographer father, Hugh.

After Amanda Lambert’s father’s death, Frank helped her keep up with her interest in photography. Besides, Amanda is also a talented painter and has uploaded a few pictures on her website.

Besides photography and artistry, Amanda also published a book of photographs along with Robin Morgan named SINATRA. The luxury book is a tribute to 100 years since the singer’s birth.

When asked what the inspiration behind the book was, she unhesitantly credited her entire family. She further revealed no one had ever done a fine art photography book that would celebrate Frank’s life from a personal perspective.

The limited-edition book was expensive and was printed only a thousand copies.

Married To Michael Erlinger & Is Private

As mentioned earlier, Nancy Sinatra’s daughter, Amanda Lambert’s childhood was colorful. She was always encouraged to follow her passion and become a successful photographer and a visual artist.

However, Nancy’s baby girl also happened to be notoriously secretive. We know things about Amanda as Frank Sinatra’s granddaughter, but very little is shared about who she is. Her Instagram profile is private, and her bio leads us to her website.

Nevertheless, Amanda Lambert now goes by her husband, Michael Erlinger‘s surname, i.e., Amanda Erlinger. During an interview, she talked about being the luckiest to have found her husband, her best friend.

Amanda was very young, i.e., 19 years old, when she met Michael. She further gushed about their relationship declared him to be the best part of her life. She also revealed that she has a beautiful family and existence because of them. Plus, Amanda must be enjoying her blissful married life with her husband and children.

The name Amanda is a Latin female name which means ‘deserving to be loved.’